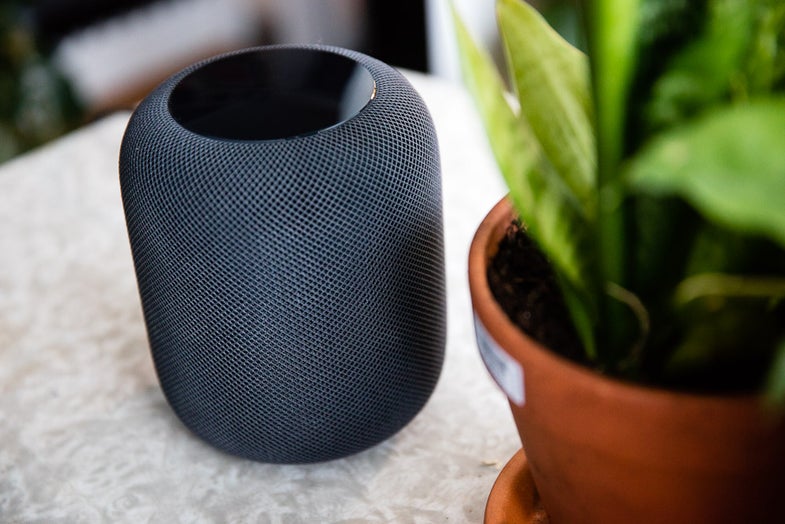 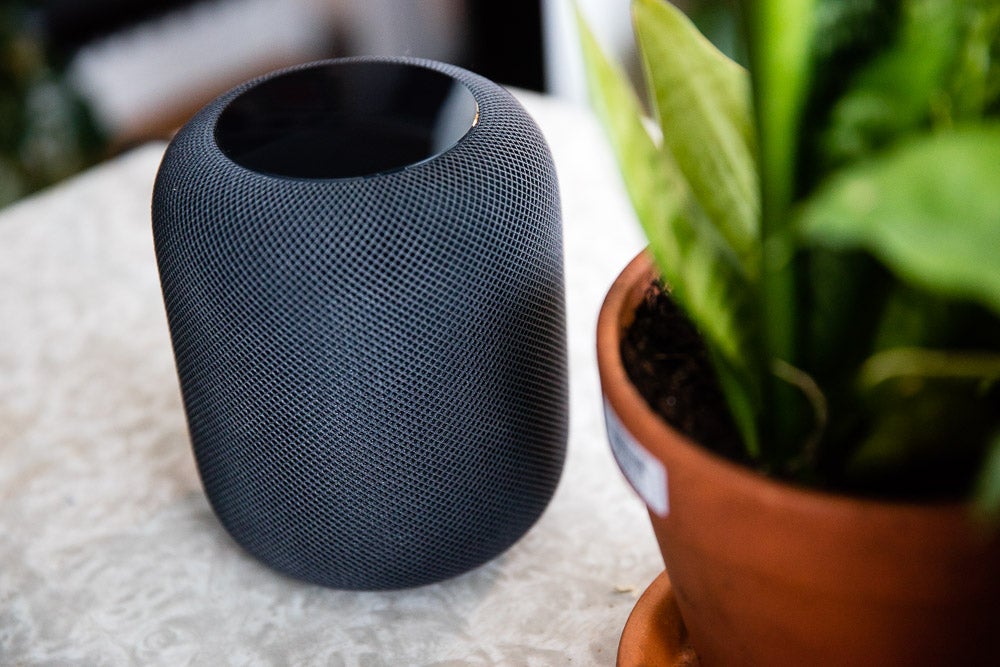 The Apple HomePod costs $350 and comes in two colors.

Right now, my house is like a party for smart assistants. There are Google Home devices all over the place, a couple Amazon Echoes with Alexa thrown around, and even a Cortana in the kitchen. Shouting a “trigger phrase” in my home sometimes causes a cacophony of responses from every room. Siri, however, showed up fashionably late to the party in the form of the HomePod, which was originally scheduled for release at the end of 2017, but came strolling in here in 2018.

The first wave of reviews rolled around and confirmed what most people suspected since its announcement: The HomePod is a great machine for music, but its streaming compatibility is too narrow and its smart home capabilities are too limited to compete with Google and Amazon who have headstarts measured in years.

With all of that out of the way, it made my reviewing life a lot easier. I could specifically focus on the HomePod as a music device with some smarts. Here’s how it went.

Think of the HomePod like Siri’s lake house. When the digital assistant isn’t trapped inside the grind of your phone, it can spread out into roomier digs in the form of this $350 connected speaker. It’s compatible with Apple’s smart home control platform, HomeKit, and streams music specifically from the Apple Music platform— and that’s it.

In short, the HomePod sounds really good in almost all scenarios. It’s crisp and clear, which is particularly impressive considering how little it takes to setup. The downside, however, is that you can’t tweak the sound performance to your taste and that’s because there’s a ton of tech going on behind the scenes.

The audio guts inside the HomePod are made up of seven individual tweeters, each with its own dedicated amplifier. They surround a single upward-firing, 4-inch woofer.

All those tweeters give the HomePod extremely clear sound in the higher registers. Piano tracks from Oscar Peterson sound particularly twinkly, which is nice. It also helps vocals cut through the mix on poppy music. When you listen to Kesha, you know you’re listening to Kesha.

The downside to all that high register responsiveness, however, is that the wrong mix can make cymbals or other high-pitched sounds harsh at high volumes. That weird radar sound at the beginning of Clutch’s “Spacegrass,” is particularly irritating.

When it comes to bass, the HomePod is more controlled than I expected. I had assumed some of the bass-heavy tuning would make its way over from the Beats headphones, team, but it’s well-balanced. The first thing I ran through it was A Tribe Called Quest’s Midnight Marauders LP, and it sounded punchy, but not distorted. I cranked up the low-end with some Lil Jon for testing purposes and the bass was loud, but controlled. There were a few occasions where I wouldn’t have minded even more low-end to dominate the mix. It wouldn’t be technically correct, but music is subjective and I like things a little belligerent from time to time. 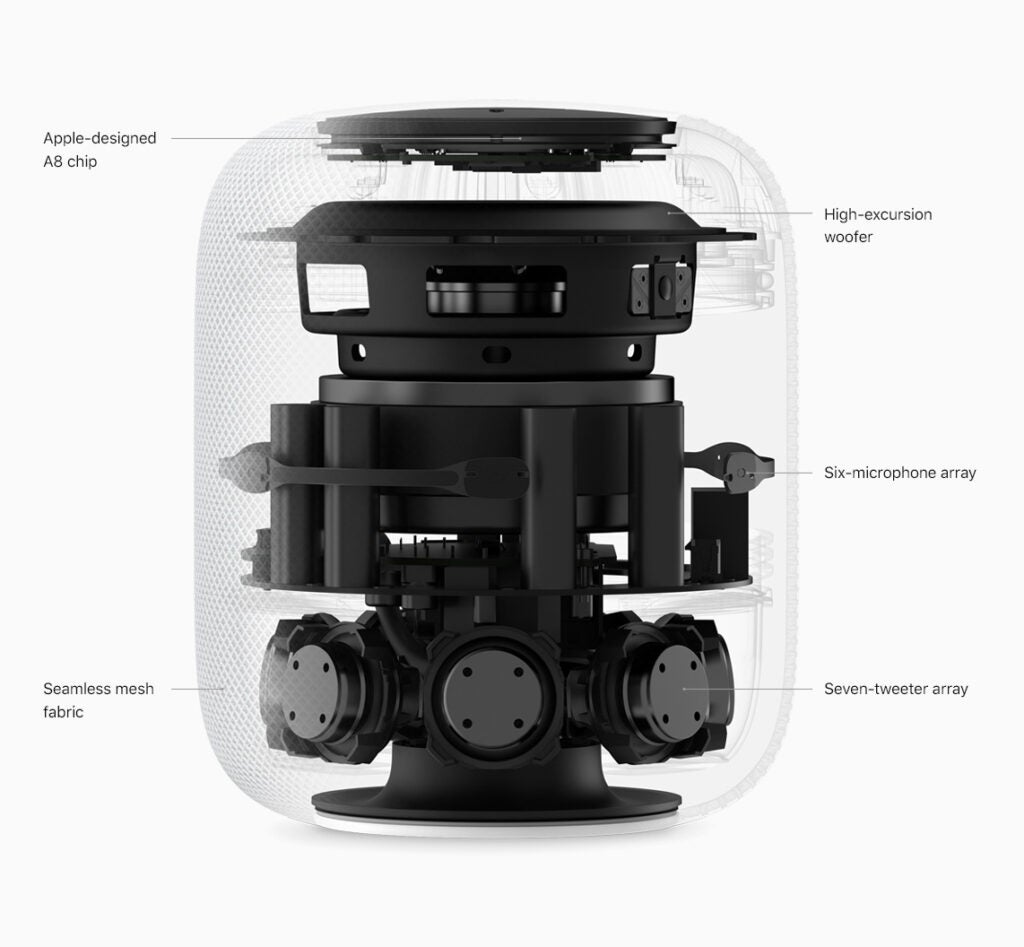 This is what the HomePod looks like under its mesh outer.

The tech Setting up the HomePod is dead simple if you have an iPhone. You hold your phone near the HomePod and it literally does pretty much everything for you, including the transfer of your account information. It’s so dead simple that you can forget how complex the HomePod’s internal guts really are.

Inside is an array of six microphones it uses to listen for your “hey, Siri” commands (it’s excellent at hearing you, even when audio is playing), and also act as a very competent speakerphone. It also uses those microphones, however, to monitor its sound as it reverberates around your room. It actively listens to the low-end frequencies as they bounce off objects in your room, so it can tweak the bass response. This is similar to the process that Google uses for its Home Max speaker, only Google’s big speaker is a more directional experience compared to the HomePod’s 360-degree soundstage.

Once the HomePod has analyzed the sound from the room, it can get a good idea of its own relative location. It then splits up the audio into two kinds of sound: ambient and direct. Direct consists of crucial musical bits like vocals, lead guitars, and some rhythm section, and the HomePod beams that directly at the listener. Ambient includes things like background vocals and reverb. The HomePod intentionally finds another surface in the room off of which it can bounce those sound waves to give it a sense of space. It sounds complex—and it surely is—but it leads to a very big sound coming from a small speaker.

Apple says all this tech should help the HomePod sound good in just about any spot in the house, so I moved the review unit around a lot. While I did find the sound pretty consistent from place to place, I do think it sounded its best when it was close to a wall or even in a corner. When the speaker was out in the middle of nowhere, I got too much high-register and it sounded a little anemic.

Interestingly, there’s an accelerometer inside the speaker itself, so it knows when it has moved and it needs to recalibrate its sound performance. Even if you move it two-inches, the HomePod will take a listen and tweak the output to fit its new spot. 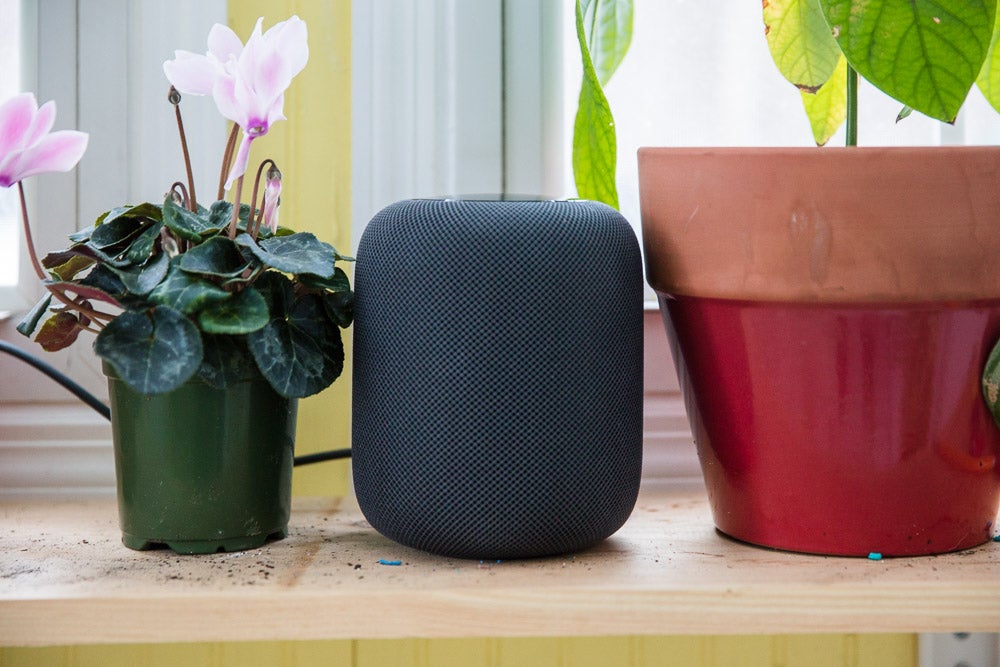 At 6.8-inches high and 5.6-inches across, the HomePod is surprisingly small.

Yes, it’s true, the HomePod lacks third party streaming support for services like Pandora or Spotify. It really took some getting used to for me because I’m so accustomed to using both on the Google Home Max. HomePod requires an Apple Music account ($15 monthly, or $10 per month if you sign up for a year) if you want to stream.

I found that Apple Music had most of the things I was looking for, but I did hit some road blocks. For instance, when I wanted to hear “Spring Break 1899” by Murder By Death, I couldn’t remember the year in the title and I had to spend time guessing at it with Siri. Google Assistant got it from my ham-fisted description of the song.

What I do like about the Apple Music streaming experience, however, was the ability to choose between versions of a song. Google Assistant always plays the wrong version of M.O.P.’s rap anthem, “Ante Up,” but Apple Music let me choose the correct one.

The Apple Music recommended playlists were also pretty good at figuring out my tastes and playing interesting collections of tracks. I had to skip more than I do with Spotify radio, but I also got a more diverse set of songs to introduce new things to me.

I thought the transition would be a lot more painful than it actually was. 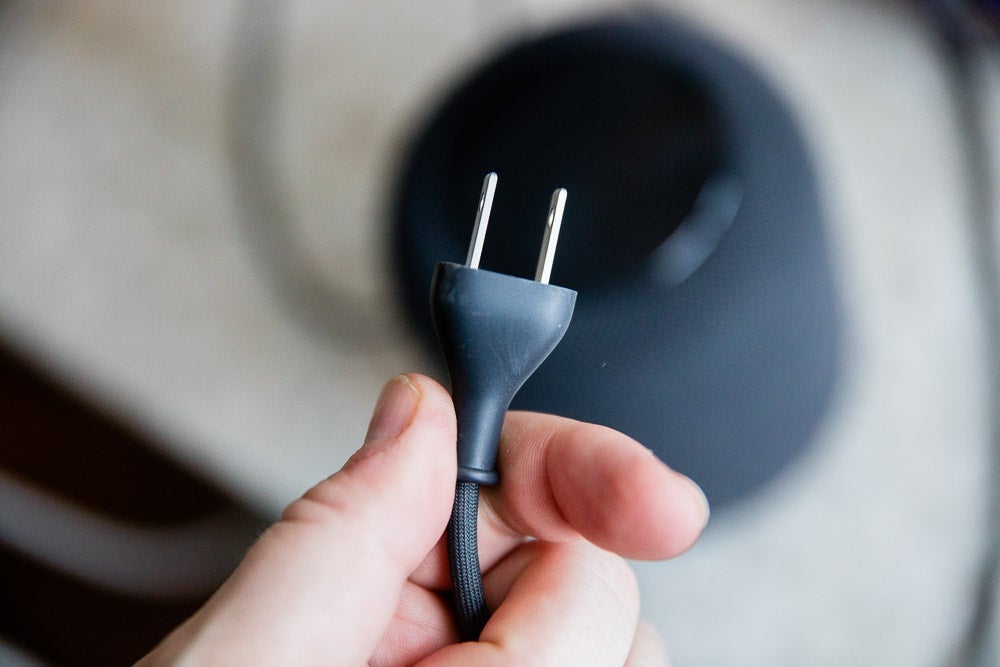 There really aren’t a lot of things to take pictures of on the HomePod. Here’s the plug, which oddly only has two prongs.

What about the smart home stuff?

If you want an assistant that will play a bunch of kooky games with you, or answer every question that you have, Siri isn’t your solution. Both Alexa and Google do a much better job in that regard. But, Siri isn’t exactly stupid. It recites a competent set of news and weather when you ask and it’s compatible with a wide range of popular podcasts, too.

It won’t order you a pizza like Alexa and it won’t make adorable whale sounds like the Google Home. Its smart home platform, HomeKit, however, is pretty robust. You can control groups of connected devices split up by room, or create recipes that rope different actions into a single command.

It’s better at music than it is at coordinating your house, but Apple hasn’t really tried to argue otherwise.

If you’re already an Apple acolyte—especially if you subscribe to Apple Music—then you’ll certainly enjoy the HomePod. It sounds great, looks excellent, and ties nicely into the rest of the Apple infrastructure.

If you’re not already an Apple person, it’s a tougher sell. The $350 price tag makes it decidedly more expensive than excellent speakers like the Sonos One with Alexa. Still, there’s an undeniable Apple charm about the HomePod. Everything from its mega-simple setup (something that Sonos still hasn’t totally nailed) to the glowing dot on top make the HomePod desirable and cool. You’ll just have to decide if that flash is worth the cash.