A Selfie Could Save Your Life 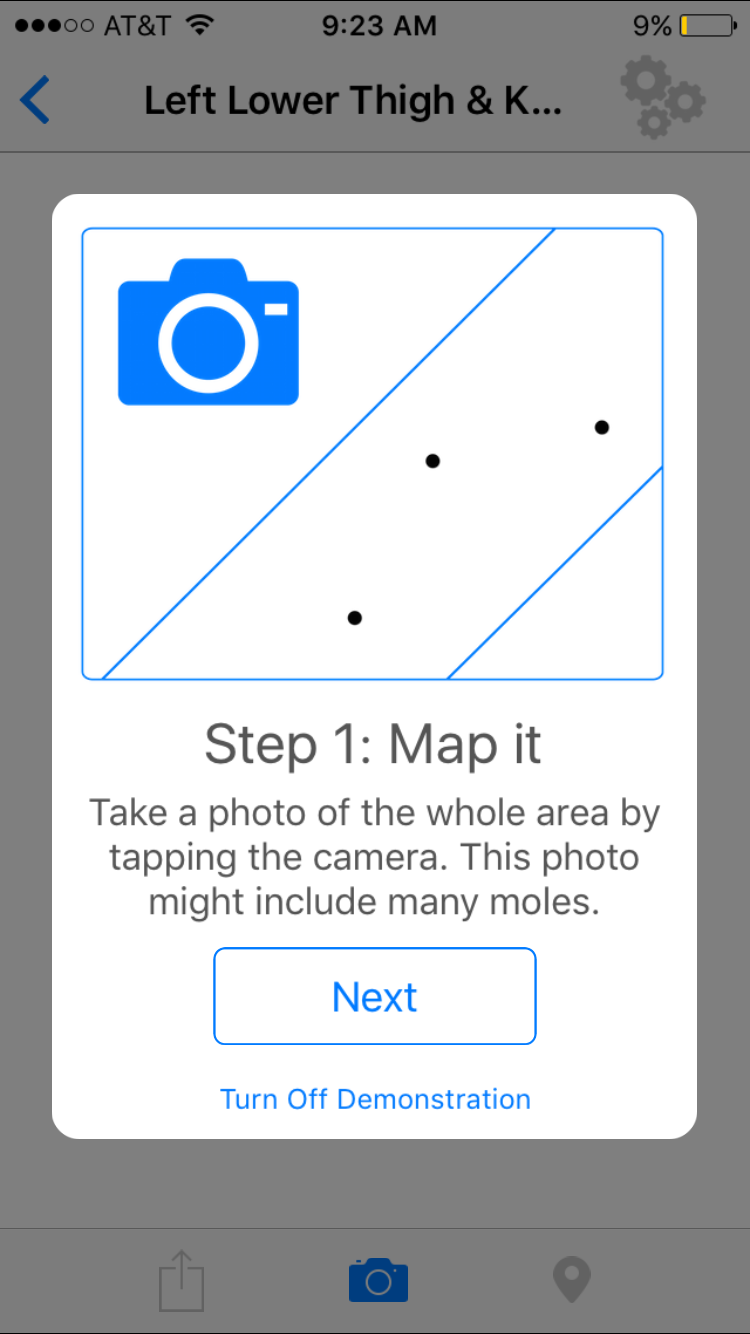 Mole mapping, the process of charting your moles through regular skin checks, has just gotten easier—and potentially more reliable—thanks to MoleMapper. The app, which is free and available on iTunes, allows users to map, measure and monitor moles with the help of an iPhone camera and digitally share these images with a doctor.

“Being vigilant about your moles – the size, shape, color, and patterns—is the best way to catch melanoma when it’s most treatable and a cure is likely,” says Sancy Leachman, MD, Ph.D., director of the melanoma research program at Oregon Health & Science University (OHSU) in Portland.

Melanoma is the deadliest form of skin cancer. If it’s recognized and treated in its earliest stage, the five-year survival rate of people with melanoma is 97 percent. But once the cancer spreads to other parts of the body, that rate drops to as low as 15 percent.

The MoleMapper uses an Apple-Maps-like interface, allowing users to add and drag pins to chart each mole. After users take a close-up photo of a mole, the app then records the dimensions of each mole when compared to reference points—a dime, a penny, a nickel, for example—and alerts users to changes that may signal a malignancy.

Dan Webster, Ph.D., a research fellow in cancer biology at the National Cancer Institute, created MoleMapper for his wife, who is at high risk of developing melanoma. “She has several risk factors for melanoma, so we kept track of her moles by taking pictures between appointments. I wanted to empower others to do the same,” he said.

Webster then partnered with OHSU and Sage Bionetworks, non-profit biomedical research foundation in Seattle, to build an-app based study to quantitatively track moles and help detect early signs of melanoma. All app users are invited to take part in the study and given the opportunity to electronically consent to participate. Researchers hope that, by studying mole images from a large number of people, they can develop new ways of evaluating moles and potentially inform treatment options.

Images and mole data from those who join the study data will have identity info removed before they are collected by Sage for use by the study team. These data will also be used in OHSU’s Melanoma Community Registry, a centralized resource of melanoma survivors and their families are interested in donating their health data to research. Study participants are also given the option to share their data more broadly with other qualified researchers.

“Right now it’s not possible to determine whether a mole should be removed by looking at a photo. There’s just not enough data, but this app changes the scale of the data we can collect,” said Dr. Leachman.

Researchers say data provided over time will prove particularly useful in contributing to knowledge about the disease. “What will really help is if people report back what moles they had removed because the size of the scars will indicate how big the melanoma was. This information will help us learn what moles actually are melanoma,” said Dr. Trister.

The MoleMapper is the latest addition to Apple’s ResearchKit, an open-source framework designed to help medical researchers expand their study candidate pools and collect more accurate data. Other ResearchKit apps include ones to better understand Parkinson’s disease and long-term health after treatment for breast cancer.

As with other apps included in the ResearchKit suite, the success of the MoleMapper study depends on broad participation. “Anyone with an iPhone and Internet connection can contribute to research on a disease,” said Leachman. “Everyone can do their part.”