Researchers spy the bacteria lurking in new regions of the eye 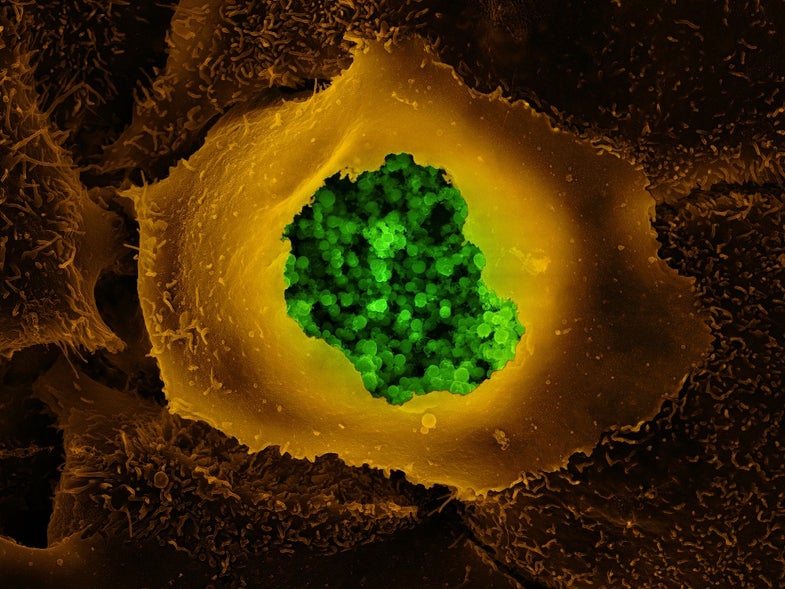 When we hear the word, “Chlamydia,” we tend to think of a sexually transmitted infection. Although the bacterium responsible for the disease, Chlamydia trachomatis, has been isolated from the genital regions of both women and men, this region of the body isn’t the only place where infection can happen. In fact, even the name of the bacterium suggests a more nefarious site for troubles: the eye.

C. trachomatis was first isolated from epithelial tissues of the eye causing a condition known as trachoma. The condition was known to start off as a regular form of conjunctivitis. Without proper treatment, the symptoms could lead to blindness. Over time, improvements to health, hygiene, and environmental cleanliness helped to lessen the burden of the disease and prompted health officials to suggest an end to this type of infection could be possible.

However, the pathogenesis of C. trachomatis is more complex than a standard infection. Because the bacterium is an obligate intracellular pathogen, it must live inside a human cell in order to thrive and reproduce. This offers the chance to develop persistence and recurrence.

When the bacterium was found, the only ocular cell type thought to be infected was the conjunctive epithelium. However, due to the threat of persistent infection, other epithelial cells in the eye needed to be given attention. This included all aspects of ocular anatomy including the lens, the cornea, and the iris.

Now there’s another potential target for the bacterium. Last week, a group of Russian researchers revealed for the first time that C. trachomatis can infect a group of cells not thought to be involved in infection. However, based on the results, it appears there may be a larger niche of susceptible cells than believed.

The researchers focused on a group of cells known as retinal pigment epithelium, or RPE. It is part of the blood/retina barrier and works to protect the retina over one’s lifetime. The cells also help to increase optical quality by absorbing scattered light using a pigmented wall. Plus, the RPE maintains cellular growth and immune balance. The cells accomplish this by secreting a variety of chemicals including growth factors. They also act as nutrient transporters to ensure the subretinal space and photoreceptors are kept nourished and hydrated. As might be expected, any deficiencies in RPE integrity and/or function could mean significant troubles for the region and ultimately, for sight.

The experiments themselves were relatively straightforward. The team gathered RPE cells from cadavers and then incubated them in growth media. The numbers of the cells grew high enough to allow for the experimental infections. At this stage, the bacteria were added. After as little as one day, infection could be seen, although it wasn’t entirely uniform. But after a few days, there was little doubt as to the fate of the RPE cells. Not only were they infected, but they also allowed the bacteria to grow, multiply, and spread.

With infection confirmed, the researchers wanted to determine whether there were any adverse effects on the protective role of the cells. Essentially, they wanted to know if a patient would risk losing some or all of the retinal function with infection. Thankfully, there appeared to be little change in the formation of growth factors and other molecules necessary for proper retina maintenance. However, the results did not offer only good news.

After infection occurred, the cells began to produce a larger amount of collagen. An increase in this molecule can lead to a variety of troubles including vitreoretinopathy and retinal detachment. In 2011, the latter was actually seen in a clinical case and sure enough, C. trachomatis was isolated from the retinal region.

For the authors, this revelation is only the first stage of their research. Showing RPE can become infected with the bacteria and also cause possible side effects offers merely a foundation. Now they can move forward in their research with the hopes of dealing with this bacterial infection in the future.

For example, the team found an altered immune response from infected cells. This could damage the delicate balance of immunity in the area and contribute to significant consequences. By honing in on these immunological markers, treatments may be tested in the future to figure out how to slow disease progression and help to save a person’s sight.