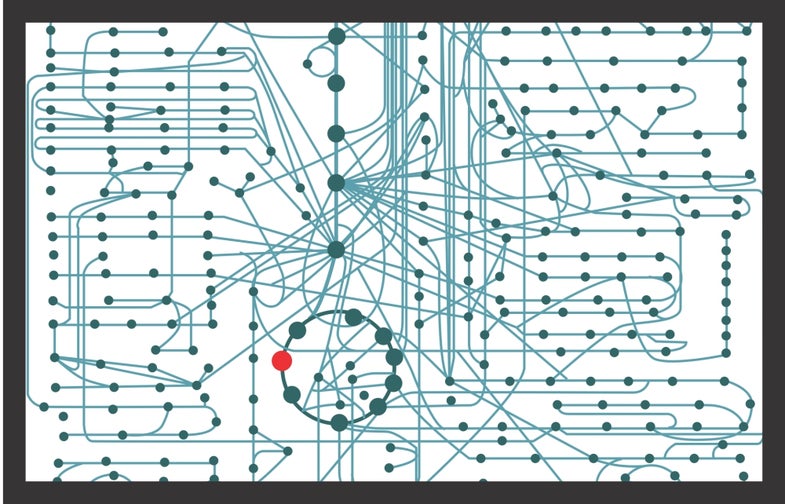 In the wake of Antibiotic Awareness Week, the global crisis of antibiotic resistance has been once again been put in the spotlight. This year’s campaign has been especially dire as we are becoming increasingly aware of the post-antibiotic era in which we may no longer be able to use these critical drugs to save lives. As the calls to reduce both misuse and overuse in the public overtake the headlines, in labs across the world, the focus continues to be on understanding of just how bacteria become resistant.

The key to antibiotic resistance has focused almost entirely on evolution at the genetic level. Because of the incredible speed at which bacteria multiply and divide, evolution can occur in a matter of days. There are several means to accomplish this; at the simplest mechanistic level, DNA is altered allowing for the rise of a resistant version of a protein targeted by antibiotics. Once this evolution occurs, future generations will be able to resist treatment. Add enough of these various moments of evolution and a bacterium can become multi- or extremely-drug resistant or, in some cases, pan resistant, in which no antibiotic treatment is effective.

Understanding the evolutionary dynamics of resistance is a key necessity in being able to figure out ways to counter or at least stall the process. This is best accomplished in the laboratory. Here, a bacterium can be trained to be antibiotic resistant allowing researchers to determine just what stimuli force the evolutionary processes.

Most of the time, the antibiotic itself is enough however, other factors can improve the circumstances and increase the likelihood of a shift from antimicrobial susceptibility to tolerance. Defining those triggers is not entirely easy without a proper model in place. Many attempts have been made but the results have usually varied depending on the bacterium and the drugs used. Essentially, no proper model has been developed to encompass all aspects of resistance.

Now there may be hope for a better universal perspective on resistance development. Last week, a European team of researchers developed a novel method to identify the determinants of resistance evolution. Using a model called distribution of fitness effects (DFE) the team were able to learn how a bacterium reacts to antibiotic treatment and whether any evolutionary changes – not just resistance – can contribute to overall survival.

The group looked at Escherichia coli for their experiments. It’s a fast-growing bacterium with the ability to evolve rapidly. It’s also known to develop resistance against a number of different antibiotics. For the team, this was the perfect test subject for their analysis.

The actual experimentation involved exposing E. coli to eight different antibiotics in varying doses. The goal was to develop a dose-response curve and identify effective concentrations for the development of resistance. Once this was accomplished, the team began to take a closer look at how the bacteria changed both at the genetic and metabolic levels.

Not surprisingly, when the data came back, the DFE varied significantly for the bacterium depending on the antibiotic. This was expected. But a real surprise came in the ability to predict the variation. The evolutionary changes were dependent on antibiotic dose and could be quantified using a rather simple mathematical formula. Essentially, the development of resistance was solely related to the antibiotic.

However, when the team took a closer look at what happened at the genetic level, they noticed variability in the way E. coli responded to different antibiotics. Some, such as nitrofurantoin, had little variance in resistance. The bacteria were either resistant to the same extent or not resistant at all. As for others, there was far more diversity in the level of resistance.

For the authors, the data suggested the pathway to resistance for E. coli to nitrofurantoin followed only one specific path while resistance to the other drugs required a number of evolutionary steps. When the group examined the entire genome of the bacteria, their theory was confirmed. For nitrofurantoin, there was one highly reproducible route. For the other antibiotics, several different evolutionary changes were noticed, all of which offered some resistance.

The authors suggest DFE might be a very good way to determine in the lab whether an antibiotic will be effective in the field. The results with nitrofurantoin having only one route to resistance in the lab correlate nicely with the low levels of resistance in people. As for the other antibiotics, due to the variety of evolutionary options, resistance may occur more quickly; this also has been seen in the real world.

When it comes to the future of antibiotics, we have to understand all new additions to the arsenal have a definite life for use as a result of resistance. But thanks to this particular study, we may be able to find antibiotics that offer far less potential to develop tolerance. With DFE as a guide, we may even find drugs against which bacteria simply cannot evade thus preserving our antibiotics into the future and holding off that post-antibiotic era.