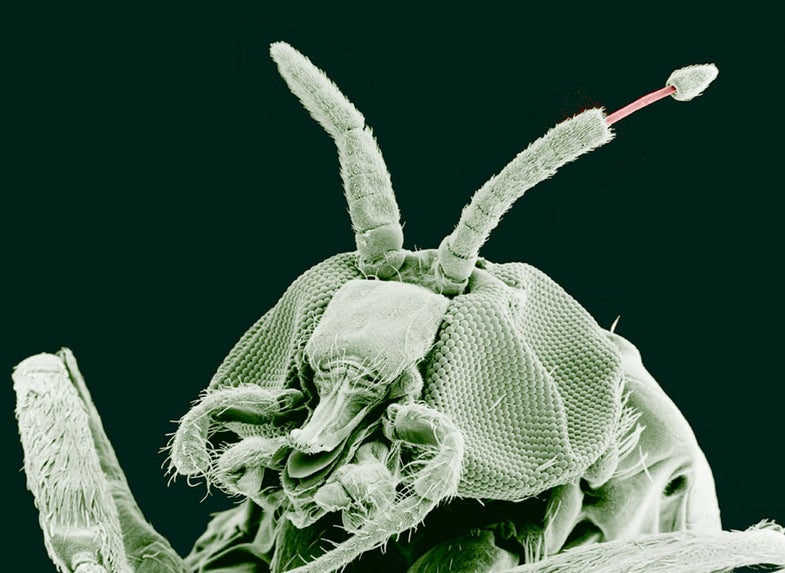 It’s Nobel week, when the world watches as Swedes and Norwegians bestow medals and sizeable cash awards upon scientists, writers, and promoters of peace.

On Monday, the committee announced the 2015 Nobel Prize in Physiology or Medicine. There were three winners, all of whom developed anti-parasitic therapies: Tu Youyou for her discovery of a malaria treatment, and William C. Campbell and Satoshi Ōmura for their therapies that target roundworms.

Parasites don’t show up very often in the prize’s 114-year-history. In fact, the last award that involved a parasite was back in 1926, when Johannes Andreas Grib Fibiger was honored for his discovery of Spiroptera carcinoma (now called Gongylonema neoplasticum), a parasitic nematode. Unless, of course, you consider a virus a parasite—which depends on how narrowly you define the term—in which case the most recent prize was in 2008 for the discovery of HIV and HPV.

Anyway! What are the parasites highlighted by this year’s Nobel prizes? And how did these scientists’ discoveries help curb the illnesses caused by these infectious critters? You ask, Our Modern Plagues answers. 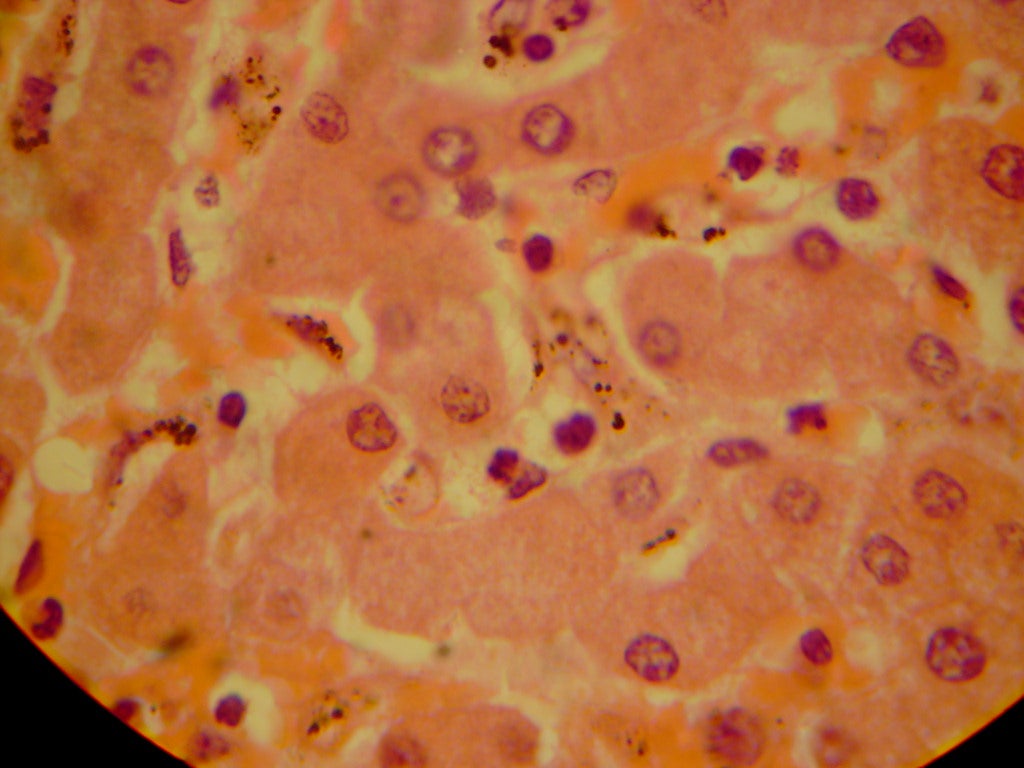 Plasmodium malariae, a malaria parasite, in the liver.

Malaria got its name from the Italian mal’aria, which means bad air, because in medieval times it was thought that the illness came from stinky swamp air. In reality, malaria is caused by Plasmodium parasites. The disease is most common in the tropics and subtropics. In 2013, malaria infected 198 million people and killed 500,000.

Malaria parasites need multiple hosts to complete their lifecycles, and the species that infect humans typically require, well, humans as well as female Anopheles mosquitoes. The cycle is complex—you can read more about at this link. People infected with malaria have symptoms including fever, chills, sweats, headaches, body aches, nausea, and general malaise. Severe cases may cause organ failure and anemia, among other ailments, and need immediate medical attention.

Malaria is treated with anti-parasitic drugs. One example is artemisinin, which is derived from wormwood, or Artemisia annua. Youyou shared this year’s Nobel for her work in discovering artemisinin. For more on her incredible story, which includes global politics, ancient Chinese medicine, and more check out this Nature article. 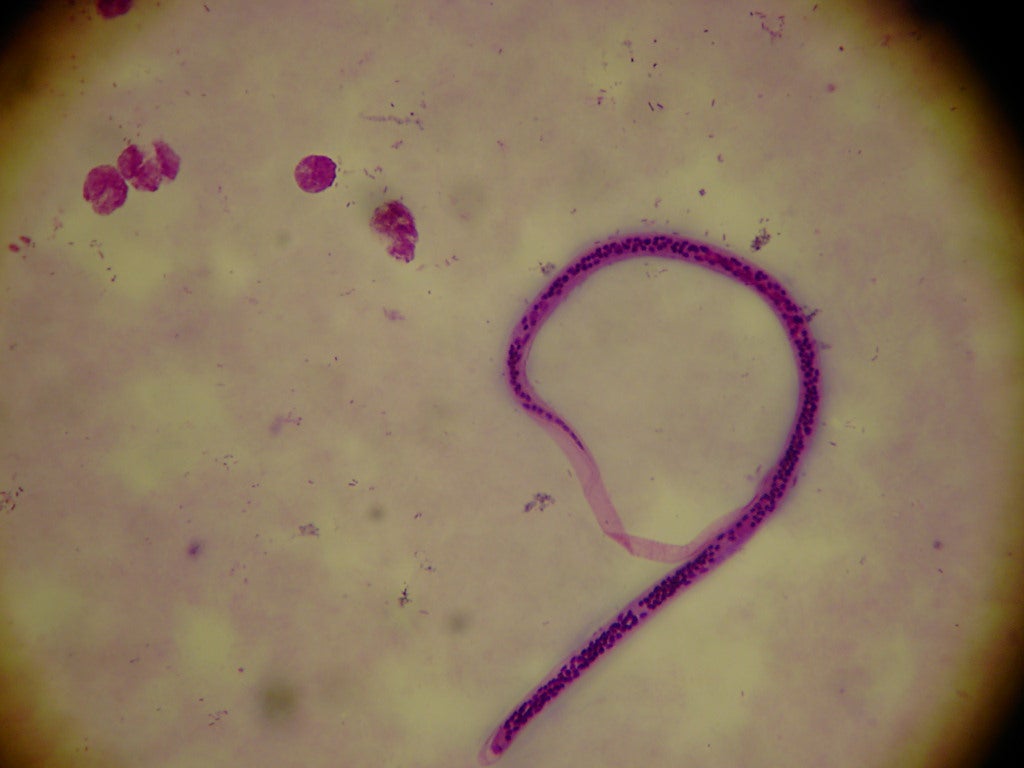 Wuchereria bancrofti, a species of filarial worm responsible for 90% of Lymphatic filariasis cases.

Several species of microscopic filarial worms cause the disease Lymphatic filariasis. The worms spread via mosquitoes, which suck up the parasite during a bite. The roundworms ultimately live in the lymph system in humans where they cause painful swelling (lymphedema) and engorged limbs (elephantiasis). In men, the infection can also cause horribly swollen and disfigured scrotums. As with malaria, filarial worms are common in subtropical and tropical regions, where they infect more than 120 million people.

Lymphatic filariasis is usually treated with the anti-parasitic drug ivermectin—derived from the soil bacteria Streptomyces, which makes worm-killing compounds called avermectins. Ōmura and Campbell were honored this year for discovering avermectins (read the same Nature piece that highlights Youyou for more of the avermectin story). 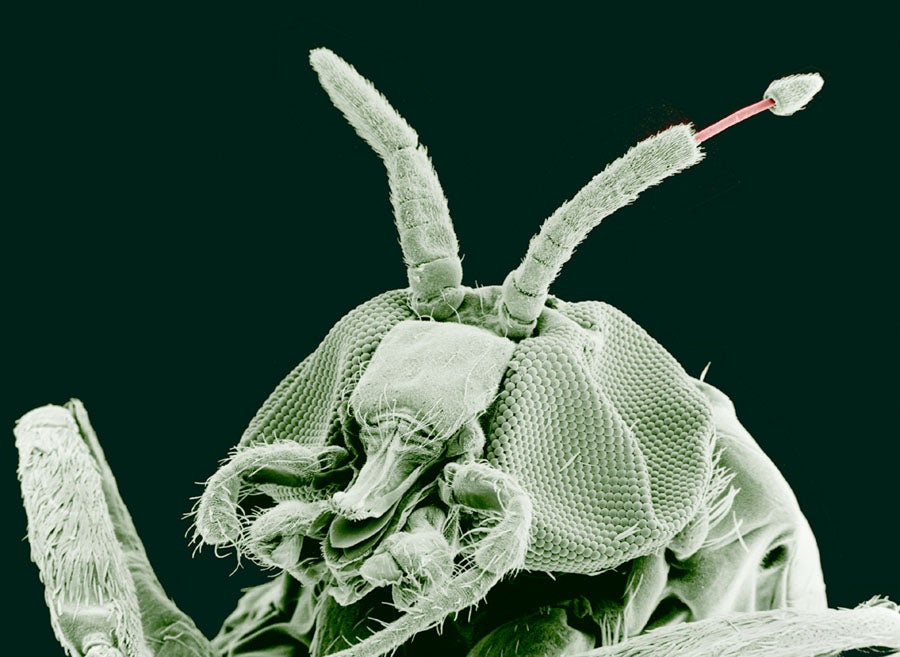 Another microscopic roundworm called Onchocerca volvulus causes the disease onchocerciasis. The worms are mostly a problem in sub-Saharan Africa, where they are spread by black flies that hang out around streams. People who live near the streams are especially vulnerable to onchocerciasis, which is how it got its common name: river blindness. Once the worms get inside a human body, they give birth to thousands of tiny larval babies that then head toward the skin and eyes. When the worms die, they give off toxins that can cause rashes and nodules on the skin as well as blindness.

As with Lymphatic filariasis, river blindness can be treated with the ivermectin discovered by Ōmura and Campbell.