The test isn’t backed by science and could be harmful 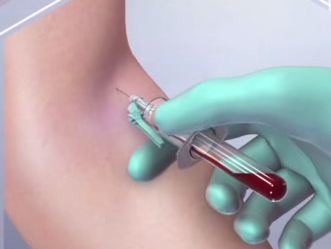 The FDA is cracking down on a blood test that claims to detect early signs of cancer in high-risk individuals. Pathway Genomics, makers of the CancerIntercept Detect tool, is under investigation by the FDA, which claims that the screening tool is unapproved, not backed by adequate scientific studies, and therefore could be harmful to the public.

Earlier this week, the government agency issued a warning letter to the company’s CEO, Jim Plante, stating that Pathway Genomics, the tool’s maker, is marketing its product as an unapproved screening tool—claiming that the tool should be considered a medical device, and must go through FDA approval before use.

CancerIntercept Detect costs between $299 and $699. It’s a non-invasive blood test that screens for up to 10 different types of cancer in high risk yet healthy individuals, by searching the patient’s blood for small DNA fragments, called circulating tumor DNA (ctDNA), released by tumor cells. The idea is that detection of certain ctDNA could alert the early presence of cancer.

For the test, the company ships blood collection tools to the patient’s doctor, to be filled and then shipped to the company’s lab for analysis. This process, especially the shipment of blood collection tools from the lab, constitutes a medical device in the FDA’s eyes, and the FDA must approve all medical devices before they can be used. Pathway Genomics, though claims the device is a laboratory developed test (LDT), which doesn’t need FDA approval before use.

However, how the drug is defined may be the least of the company’s problems. In the letter, the FDA called into question the validity of the scientific data that proves the test’s effectiveness, stating: “It is unclear how the literature that you cited, addressing the presence of circulating tumor DNA (ctDNA) in already-diagnosed patients, is adequate to support the expansive claims of screening for early cancer detection using ctDNA in undiagnosed patients for up to 10 different cancers with the CancerInterceptTM Detect.”

Pathway Genomics responded to the letter yesterday, agreeing to address the FDA’s concerns but also defending their own trials. They wrote: “We believe we have performed appropriate validation of the test as a laboratory developed test, and we are in the process of performing additional studies.”

This isn’t the first time Pathway Genomics has been issued an FDA warning letter. As Bloomberg reports, back in 2010, Plante was handed a similar letter for another one of its products, Genetic Health Report—a saliva collection kit which tells consumers their risks of developing certain genetic conditions and how well they will respond to different pharmacological drugs.

Pathway Genomics isn’t the only company the FDA has their eyes on, either. In 2013, the FDA stopped the start up company 23AndMe from issuing a genetic report of susceptible conditions analyzed from a patient’s saliva.

As a whole, health-care startup companies offering these types of genetic or cancer screenings have continually run into problems with the FDA, and whether or not this will stop Pathway Genomic’s newest test remains to be seen. However, 23AndMe has been working with the FDA and plans to eventually get their health analysis services back up.