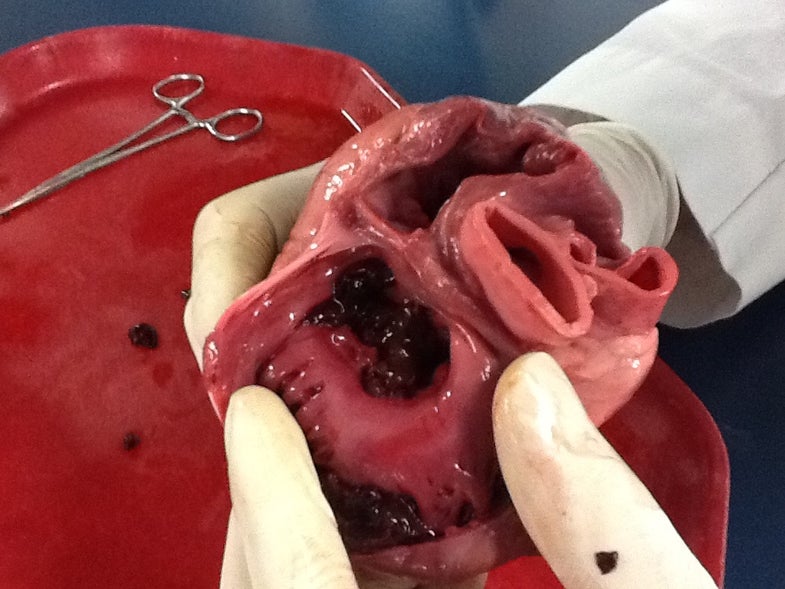 Heart disease is responsible for one in every four deaths in the United States according to the CDC, making it the leading cause of death in this country for both men and women. To slow its lethal effects, doctors can recommend lifestyle changes, prescribe blood thinners, perform bypasses, or stent arteries, but these mitigation strategies are limited; despite how much researchers have learned about heart disease, they still don’t know exactly what causes it, or how to cure it. A new partnership between Google Life Sciences and the American Heart Association (AHA) might change all that: Together, the companies will give $50 million over five years to a single team, “tasked with developing a richer, deeper understanding of cardiovascular disease,” according to a press release.

This is, as Wired points out, Google’s characteristic “moonshot” approach to making advances happen—invest in a single team that could get you to your goal, and others in the industry will follow suit. That makes the achievement even more likely, whether it’s by Google’s team or a competitor. And it’s worked in other fields (like self-driving cars). But can it work in medicine?

On the one hand, that’s not how the majority of basic research has been done in the past. “Science is an incremental, layered process. Giant pools of money don’t always break research barriers,” as Wired notes. Heart disease in particular has progressed very slowly, since advances are so minute and overall funding for basic research (which is meant for understanding heart disease, not working explicitly to find a new treatment) is very limited.

On the other hand, $50 million is a lot of money. And although funding for basic research at many institutions is limited now, that kind of cash influx within the field may prompt other donors to follow suit. Plus, the funded team—which can approach the problem of heart disease from any discipline, not just medicine—will have the power of Google Life Science’s unparalleled data crunching prowess. The collaboration between a trusted healthcare organization and an analytical tech company could lead to increased patient buy-in, and more discoveries as a result, as MIT Tech Review points out.

And if there’s any avenue of medicine ripe for “disruption,” it’s heart disease. Temporary treatments like stents are shown to often do more harm than good, putting patients through unnecessary procedures and driving up the cost of healthcare. As heart disease becomes more prevalent, those costs will only increase. In 2010, the cost of medical care for patients with heart disease and stroke was a staggering $193.4 billion, according to the CDC, and if you add in the costs of nursing home care, that number jumps to $315.4 billion. At a moment when politicians and citizens alike are pondering their relationships to health insurance and the healthcare system at large, the appeal of a cure—or even a more effective treatment—couldn’t be stronger.

Google Life Sciences and the AHA will release more information about the structure of their collaboration in the coming months; the program will likely start accepting applications in early 2016.