On Science Journalism And Conflicts-Of-Interest 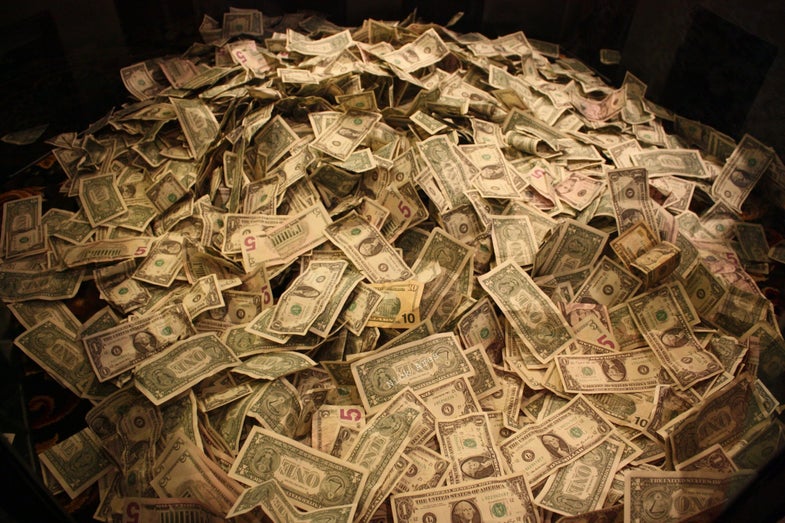 I’m going to take a short break from my normal coverage to address what may seem like an unusual topic for this blog: conflicts of interest (COIs) in science journalism.

I’m doing this for two reasons. First, this year’s annual meeting of the National Association of Science Writers, which took place week before last in Cambridge, opened with a panel on ethics and COIs. The panel explored the different ways that science journalists and writers face potential financial conflicts, particularly those of us who are freelancers and write for a range of outlets. In some cases, writers may have the opportunity to do paid work for universities and companies. Is it okay for those same writers to work as journalists for media outlets? If so, under what circumstances?

The answers varied. Some people argued that it is never okay to take on work like this if you want to be a journalist; others said it’s okay as long there wasn’t overlap in the topics covered; and still others thought even that might be okay, as long as there is a clear disclosure stating the potential conflict. (There may eventually be a written piece about the panel at the NASW website. If so, I’ll add it here.)

The second reason I decided to write this post relates to an article I recently published at BuzzFeed News about COIs in science. There is a line in that story relevant to my own potential COIs, and I think talking about it a little more will help pull back the curtain on how journalists try to navigate potential conflicts.

That line refers to a biotech conference I went to last June at the University of California, Davis: “I was offered an honorarium to attend, which I declined, but the organizers did pay for my travel and lodging.”

The conference in question was called the Biotech Literacy Project Boot Camp. I was invited to attend and to speak on some panels, although it wasn’t initially clear what that would involve. I was offered a $2,000 honorarium, as well as expenses. I wrote back and asked who would provide the honorarium and was told it’d be a combination of funds from UC Davis, USDA, state money, and the Biotechnology Industry Organization (BIO).

Now, BIO is an industry group. When I saw it listed, I decided then that if I went to the conference, I wouldn’t take that money, because I cover GMOs here at Popular Science as well as at other outlets. Not everyone would see it this way, but in my view, this is especially important in a case like this, because GMOs are so polarizing for many folks. (I realize turning down money like this also gets into issues of privilege, which I don’t feel equipped to tackle here today. But it has been on my mind. If anyone wants to chat about that privately or on Twitter, look me up. I’m game.)

But then I had another dilemma. The organizers provided a list of other journalists who were tentatively coming, many of whom I admire and trust, as well as scientists who are directly relevant to my GMO reporting. I knew it’d be helpful to attend and to get more insight into this world, but I also knew I wouldn’t be able to get funding from my outlets to travel there. I also didn’t have a personal budget to do it. So, the next questions I asked myself were: Could I accept the travel money and attend the conference? Or should I skip it entirely?

I posed these questions to around half a dozen journalists I know, some of whom had also been invited to the conference and some who don’t even write about GMOs. They had a range of opinions, but the one that resonated to me most was this: Don’t take the honorarium. Do consider the travel money. It isn’t money going into your pocket, which limits the potential COI, and you can do some good by being there, both to present your views on the panels you sit on and to bring back valuable information for your readers. And if you ever write about the conference: Disclose that money clearly.

And so I went to Davis. The organizers paid for my flight and hotel, and I ate some, though not all, of my meals along with the other attendees.

I hadn’t planned on writing about the conference directly—I was more interested in making contacts and gathering some information for future stories unrelated to this specific meeting. But the series of events described in my BuzzFeed News piece changed that.

There are plenty of journalists who wouldn’t have gone to the conference at all because even the travel money might be perceived as a COI. I respect that view, though in this case I’d argue that the travel didn’t particularly win me over to anyone’s point of view. I think my BuzzFeed News story is evidence of that.

I’d like to think that even if I had taken the honorarium, it wouldn’t have stopped me from writing that story—or any truthful story that shows a point of view that GMO proponents like those at the Davis conference would rather not see in print. The trouble with journalists putting themselves in that position, though, is that it could make it hard to fairly evaluate their conflicts.

None of us are capable of truly seeing our own potential COIs, because many of us see ourselves as mostly good people who will do the right thing regardless. The problem with that assumption, though, is precisely that we are people: our psychology is messy.

So, my advice to other writers—and especially freelancers, who might not have obvious guidance on these potential conflicts—is to ask where money offered to you is coming from. Think about how that money may be perceived to someone else, if you were to take it. Ask yourself what you think you will do if you take that money and then want to write objectively about the people who gave it to you, or about topics they may not agree with. Talk to your editors and your peers to see what they would do.