uBiome Teams Up With Apple To Study Your Gut

The biotech startup wants everyone to explore gut bacteria and health 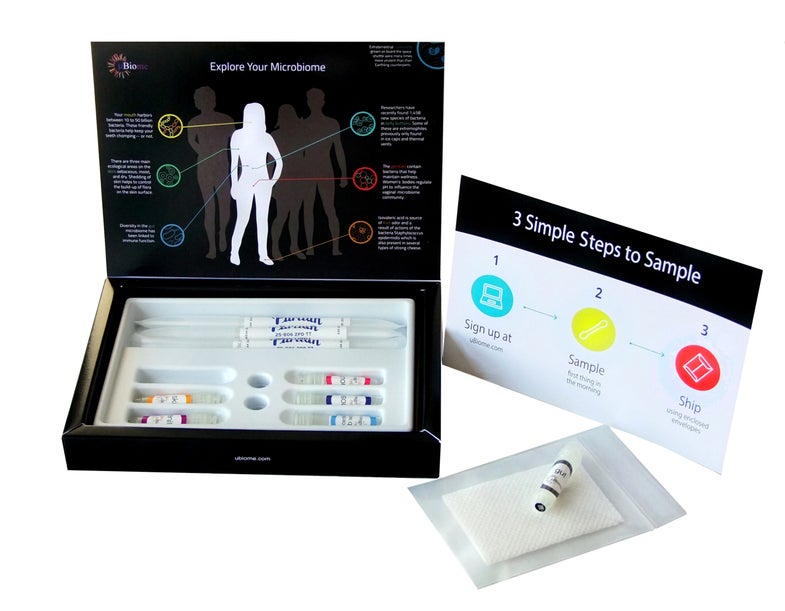 From asthma and acne to obesity and schizophrenia, the microbiome—the billions of bacteria that take up residence in and on our body—plays a crucial role in human health. However scientists are only just beginning to understand the influence that this powerful “organ” has on our bodies. The California biotech company, uBiome, has been working for several years to better understand the relationship between how much we weigh and the types of bacteria that reside inside our guts– and is enlisting citizen scientists to help.

Today, uBiome announced a partnership with Apple: the launch of an app to analyze and profile your gut bacteria. Fill out a survey within the app that asks questions including your health history, eating habits, and sleeping patterns. Then, receive a kit in the mail, take a swab from your toilet paper, and send it to uBiome. The company will then analyze the bacteria on the swab and within a few weeks provide you a detailed analysis of this bacteria on the app and on their website.

The uBiome app, built with ResearchKit, Apple’s open-source health software platform, allows users to input data about their health, sign uBiome’s consent form, and order a kit–which is free to the first 1,000 users, and then costs $89 per kit. When you’ve done that, and your results are ready, you can then compare your gut microbiome to those of individuals who are vegetarians, on a paleo diet, or have recently undergone weight loss or weight gain, as well as compare women’s microbiomes to men’s. In exchange, uBiome will use your results to understand the microbiome better and learn which bacteria in particular influence our weight.

“We are really in the earliest stages of microbiome research. It’s a whole new organ in the body that has only recently been discovered,” says Jessica Richman, uBiome’s CEO.

Among all apps on the ResearchKit platform, uBiome is the first for-profit company. When participants sign the consent form, they agree to having their information used in future research trials (although they can withdraw anytime). At the same time though, the information the company provides is a unique direct-to-consumer product that gives powerful information to an individual about his or her health. 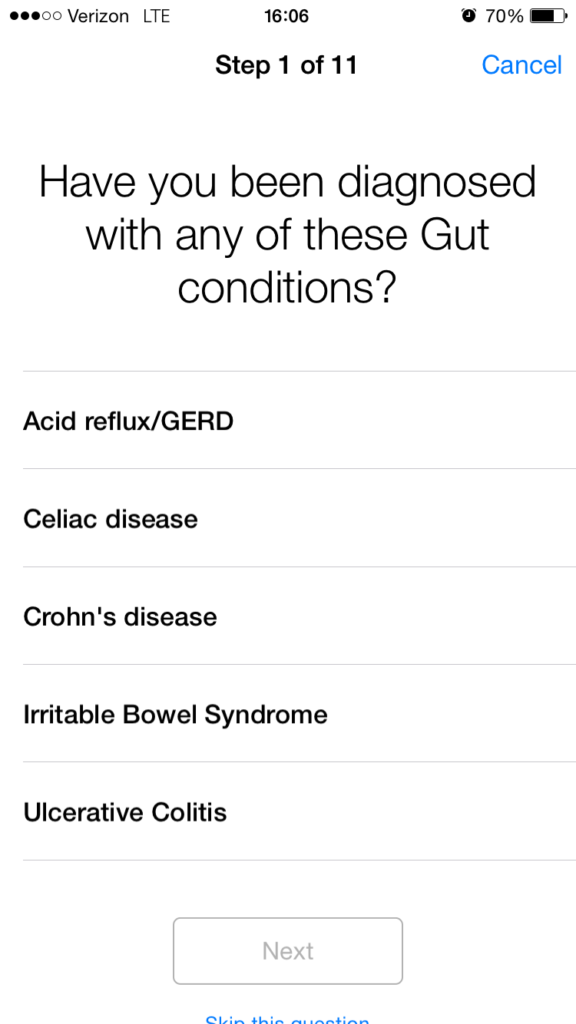 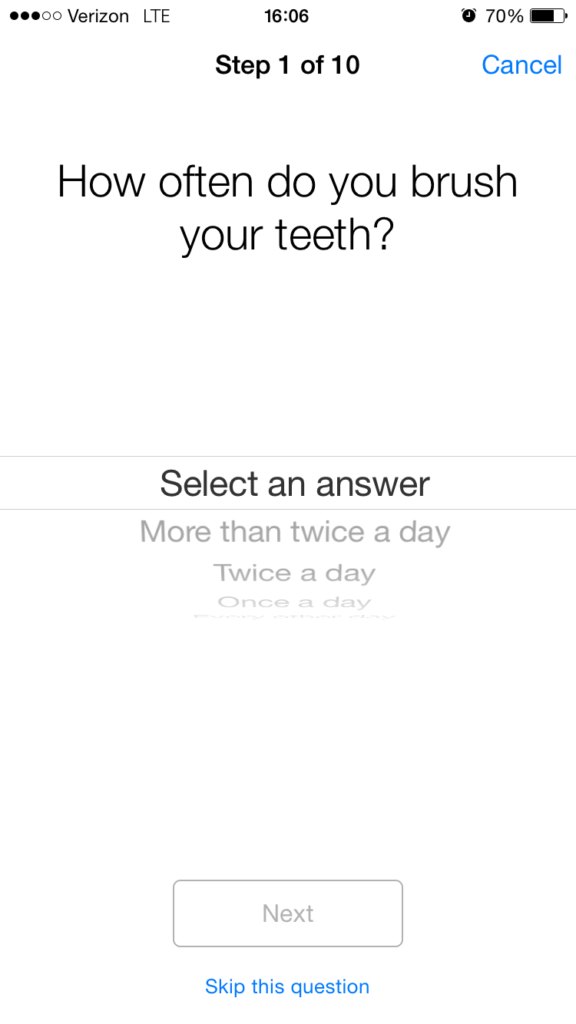 uBiome chose weight as an initial project for the app since it affects almost everyone (whether you are trying to gain, lose, or maintain your weight). However, before the app launched, uBiome had done smaller, more targeted studies with doctors at Stanford, Massachusetts General Hospital, and Mount Sinai, among others, on specific diseases such as inflammatory bowel disease—a chronic condition that causes widespread inflammation throughout the GI tract—which certain bacteria are already known to influence.

But weight is only the beginning. In the future, uBiome—which launched in 2012 after an initial crowd-funding campaign—hopes to employ citizen scientists to help them study other diseases known (or thought) to be influenced by the microbiome. Earlier this year, uBiome made a call to smokers and nonsmokers alike to send them similar kits to analyze the bacteria inside their mouths. Now, with the app and the help of Apple’s ResearchKit, uBiome hopes to take their company to the next level by increasing the number of participants and the amount of data they have. For the weight study in particular, the more data they have, the better the study will be.

“This is a very broad study, so it’s all about the power of n,” says Richman. Other studies on specific diseases need less people, she says, but for something as broad as weight, getting more than enough data on many different types of people is crucial.

The results of this study will rely on the number of people that participate as well as the research that comes out of it. However, given the recent advances in microbiome research, which found relationships between the microbiome and obesity, schizophrenia, and even in the treatment of cancer, the results of this broad study could be radical. Furthermore, the study process is relatively easy, and could be fascinating for those individuals curious to know what lives inside their gut.

Participants also have the option of providing samples on a monthly basis, which would allow them to watch the changes in their gut microbial composition as they lose or gain weight, before and after they take probiotics or antibiotics, or as they adjust from a meat to vegetarian diet. Users will get out of the app what they are willing to put in, Richman says, and that includes answering the background questions as accurately as possible. But if they are willing to put in the effort, the results and analysis could be intriguing.