Ingestible Sensor Can Measure Your Vitals

Like a FitBit that listens to your body from the inside 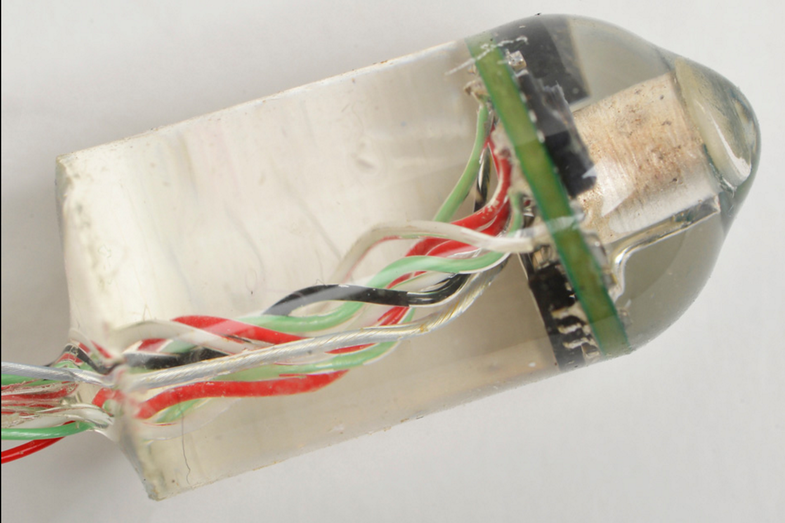 Doctors can learn a surprising amount about your health by simply listening to your body. The pulse and breathing rate in particular can indicate if a patient is stressed, or exercises often, or if he has a heart condition doctors should be watching. Now researchers from MIT have developed a new ingestible sensor that would allow doctors to continuously monitor a patient’s vitals by listening to the body’s sounds in the gastrointestinal tract, according to a study published today in PLOS One.

Doctors already have several ways to listen to your heart and respiratory rate. For the past two centuries, the main tool they have used has been the stethoscope, though in recent years researchers have developed more precise tools that can measure the signals constantly—pulse sensors can rest on a patient’s wrist or fingertip, for example, or electrocardiograms use electrodes to record the heart rate (healthcare workers still usually calculate respiratory rate by counting a patient’s breaths over the course of a minute). But many of these devices rest against the patient’s skin, which can be tough for some patients, such as burn victims, for whom touching the skin can be extremely painful or delicate.

So the researchers wanted to make a device to measure a patient’s vitals when she simply swallows it. The device they made is about the size of an almond and is equipped with tiny microphones, like those found in smartphones, packaged inside a silicone casing. Once inside the body, the device can record sounds and transmit them to a computer within ten feet of the patient. The researchers developed a special algorithm that can parse through the data and convert it to reliable, useful information about a patient’s pulse and respiratory rate. The researchers predict that, in humans, the device would pass through the human digestive tract in a day or two.

The researchers tested their prototype in six pigs and found that the device reliably transmitted their heart and respiratory rates no matter where it was in the gastrointestinal tract, and both when food was present and when it wasn’t.

The researchers anticipate that their device could give doctors lots more information by continuously monitoring patients’ vitals, which could help them treat chronic illnesses, monitor soldiers in battle, or even help athletes train more effectively, according to a press release.

This isn’t the first ingestible device that can monitor a patient’s vitals; the FDA approved one made by Proteus with similar applications in 2012. But unlike the Proteus device, this one can’t be tagged onto existing pills and works differently, monitoring vitals through sound rather than through electrical impulses. Internal sensing is a new field and we may see which, if either, technology turns out to be superior.

The researchers next plan to make a wireless version of the device (the one they tested was still connected with wires) using only FDA-approved components, and to incorporate measurements for body temperature.