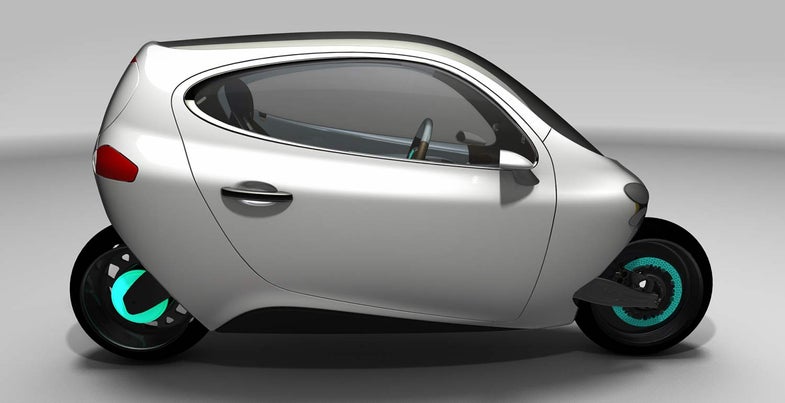 Inside a three-story warehouse in San Francisco, bicycles stand next to Macintosh-topped desks. Young employees scribble notes on whiteboards and drop the requisite boasts about using disruptive technology to change the world. Other than the banging of hammers and shrieking of CNC Mills, Lit Motors could be one of the many startups where “disruption” turns out to be a derivative idea—“Uber for dog treats!” But company founder Daniel Kim and an 18-member team have invented something genuinely novel.

Lit Motors wants to cut your car in half.

With fuel efficiency crucial to easing climate change, Kim believes that most commuters drive around in way too much auto—especially for daily activities like commuting and grocery shopping. Motorcycles make more sense for single-passenger trips, but they are more dangerous to operate than cars, expose riders to the elements, and require skill to keep upright. Kim, a 35-year-old who wears jeans and a black t-shirt, leads the way to the company’s prototype solution: the all-electric C-1. It has two wheels, like a motorcycle, but a steel and composite outer body, like a car. He invites a visitor to sit inside the C-1 and sway from side to side. The vehicle, emitting a steady hum, stays upright. No kickstand props it up; no third wheel adds stability. “When was the last time you balanced on a motorcycle at zero miles an hour?” Kim rhetorically asks. “Never.”

A patented control system, featuring two gyros that spin in a compartment beneath the driver’s seat, is the secret to the C-1’s balancing act. The gyros provide the torque to keep the vehicle upright no matter what the driver does and to hold it at the precisely correct lean angle when the vehicle turns.

The allure of a two-wheeled, self-stabilizing car has tempted automotive designers for at least a century, but earlier prototypes had fatal flaws—the gyros were too large, the mechanical control systems too crude. The C-1 instead employs the foot-wide, high-speed, computerized technology of devices known as control-moment gyros (CMGs), which are mostly used for positioning satellites in space. Frederick Leve, an aerospace engineer with the U.S. Air Force who specializes in CMGs, says that if Lit can effectively and affordably deploy CMGs on a terrestrial vehicle, “that is a breakthrough. That’s dramatic.”

Drama has been part of Lit Motors from the beginning. In 2004, Kim was a two-time college dropout running a car customization service. Then, as he lay under a Land Rover, a 500-pound chassis fell and nearly crushed him. Kim got up with the conviction that no single person needed that much car. To create a smaller, lighter form of transportation, he earned a degree from the Rhode Island School of Design, raised $3.5 million in venture capital, and launched Lit in 2010.

Several prototypes later, Lit produced the C-1. Sleek and white, it looks like a cross between a classic iPod and a light cycle from the movie Tron. In preliminary road tests, the C-1 prototype stayed upright as it rounded turns and reached 30 miles per hour. The planned-for specs of the finished vehicle are zero to 60 miles per hour in six seconds or less, a top speed of 100, and a 200-mile range, powered by a battery that is a fraction of the size of the one in a Tesla.

Kim hopes the product will hit the market within two years, but admits that the path to creating a vehicle that “can defy gravity” isn’t simple. “There is no real track for learning how to start your own car company,” Kim says, “so I had to make it myself.” 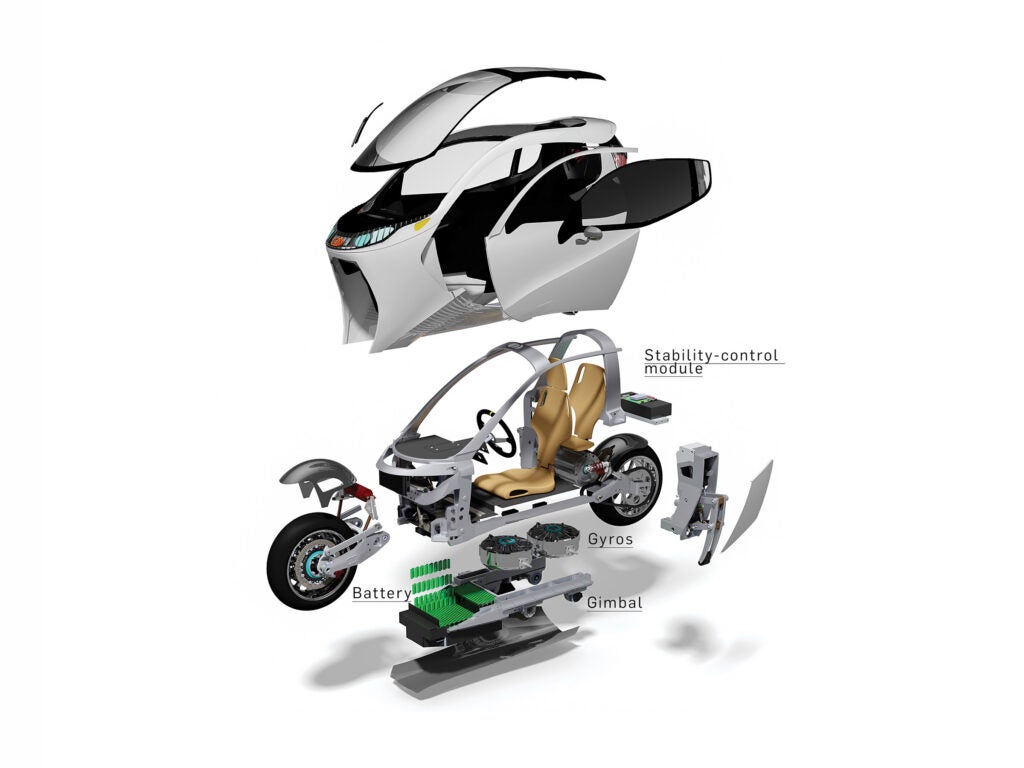