How It Works: The Polaris Slingshot Three-Wheeled Supercar

It's like a hybrid between a motorcycle and a Ferrari 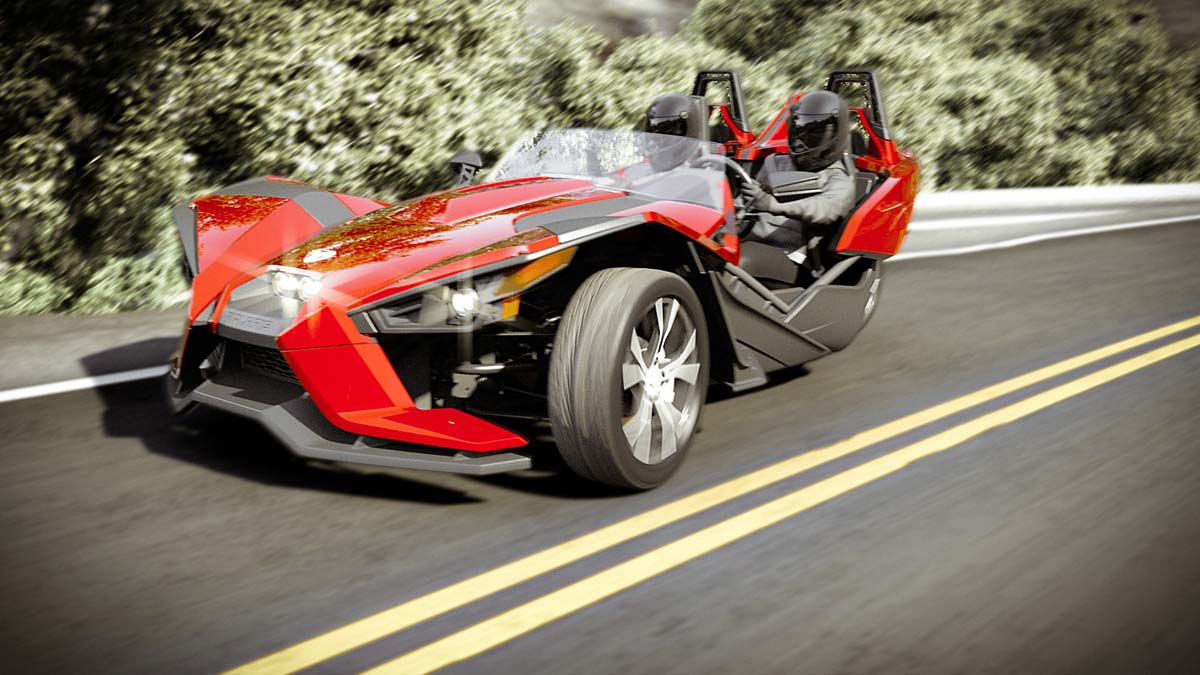 New classes of vehicle don’t come along all that often, which is why the Polaris Slingshot stands out among this year’s launches. The three-wheeled moto roadster draws from the company’s experience with both off-road ATVs and on-road motorcycles to create something unique: a high-performance two-seater that starts at $20,000 and corners like a Ferrari.

The project began simply enough. Polaris wanted to attract thrill-seeking drivers who have no access to off-road trails (i.e., city dwellers). But actually building the Slingshot proved complex. The engineers had to develop a well-balanced machine with a lightweight chassis and a single-wheel rear-drive system. Even then, the launch didn’t go smoothly. The company recalled the first 1,800 vehicles in January to replace faulty ball bearings in the steering rack.

Legally, the Slingshot is deemed a motorcycle (operators need a motorcycle license). But for anyone behind the wheel, it’s clear that it is much, much more. 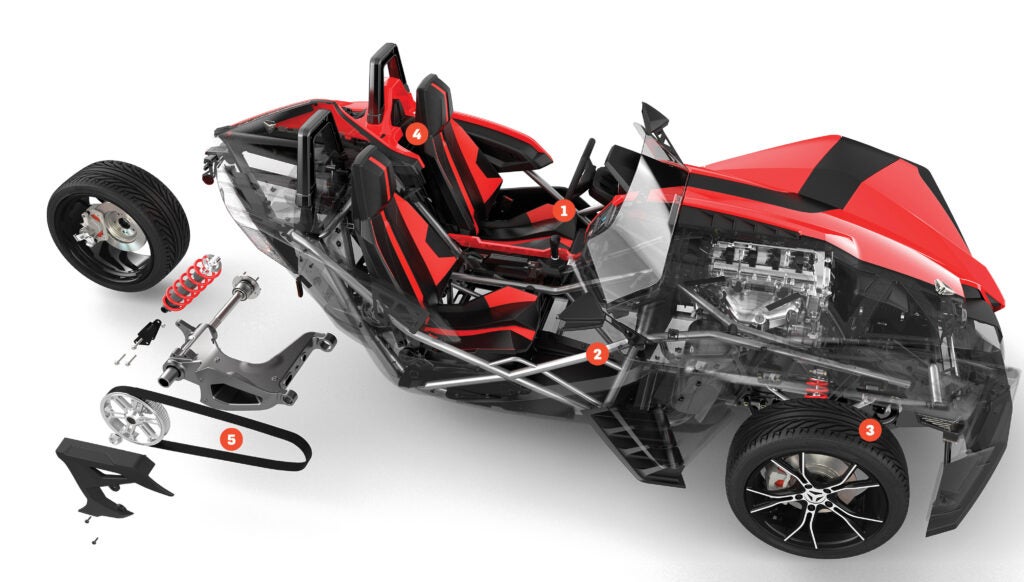 A 2.4-liter General Motors Ecotec engine delivers 174 horsepower, a tremendous amount for a vehicle that weighs just 1,700 pounds. That power is transferred to the 20-inch rear wheel by a carbon-fiber-reinforced belt, and drivers control the transmission with a five-speed manual gearbox—an increasingly rare perk in cars.

The vehicle’s low, wide stance—it’s 77.6 inches across—helps maintain a low center of gravity. The stiff high-strength-steel frame further enhances stability. The effect is so thorough that after a few miles drivers will forget that they’re not on four wheels.

The low-profile performance tires minimize sway and maximize grip. Weight distribution is identical on all three wheels, which is a challenge for a vehicle that lacks the conventional rear mass of a four-wheel car. Too light a rear-end and you could spin out on fast corners. To further reduce that risk, designers equipped each wheel with antilock brakes, traction control, and electronic stability control.

Because the cockpit is open, Polaris has weatherized it with motorcycle-grade materials. The company also combined the best features of a car and motor­cycle: a media center with a backup camera, a Bluetooth-enabled sound system, and, best of all, twin front seats.

With so much power, the Slingshot needs a suspension that can handle turns without giving passengers a racecar-like beating. Gas-filled shocks, forged aluminum, double-wishbone suspension up front, and a hollow, cast-aluminum swing arm in the rear ensure it rides comfortably. An anti-roll bar, which links the wheels to the chassis, keeps the car flat in the corners, so there’s minimal roll.

At CES 2015, Popular Science‘s Katie Linendoll zipped around Las Vegas in a Slingshot. Check out the video below.