Tesla Car Can Be Summoned And Park Itself 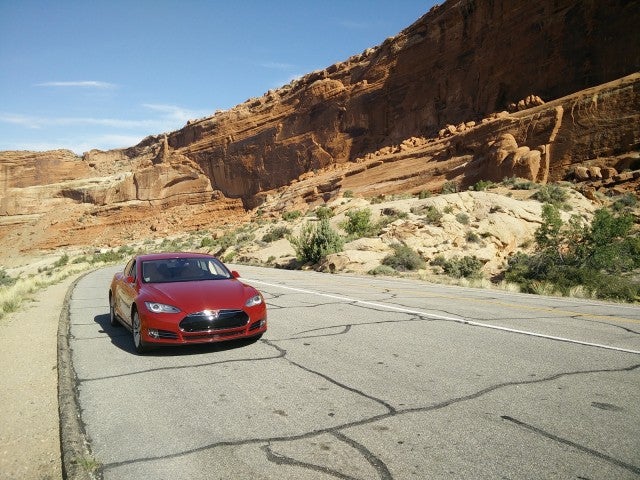 Tesla Motors continue to add self-driving capabilities to its Model S electric car at a breathtaking pace, and the company announced yet more this past Sunday.

This latest software upgrade, Version 7.1, has been eagerly awaited by Model S owners whose carswere built since August 2014.

The new software is now in the early phases of its rollout, and as of writing, your author’s 2015 Tesla Model S P85D has not yet been updated.

As Tesla CEO Elon Musk explained in a conference call, the new release offers a smarter application of the “auto-steering” function, which will now always abide by prevailing speed limits on any roads without a center divider.

It is also said to have better lane-keeping when passing highway exits. On an early road trip from Sacramento to Chico, my P85D scared the daylights out of my passenger (a fellow Model S owner) when it swerved sharply at a rural exit that we did not want to take.

Fortunately, I knew this was a potential outcome, and had my hands on the wheel as instructed to correct for this “mistake.”

Version 7.1 is also expected to provide better lane-keeping even when lane markings are faded.

Around my Sacramento home, several sections of Interstate-5 are so horribly worn that when driving with the auto-steer function activated, the system frequently beeps me to take over because it cannot follow the poor lane markings.

The new release builds on the Version 7.0 software released in mid-October, which allowed the Model S to steer itself on well-marked roads. 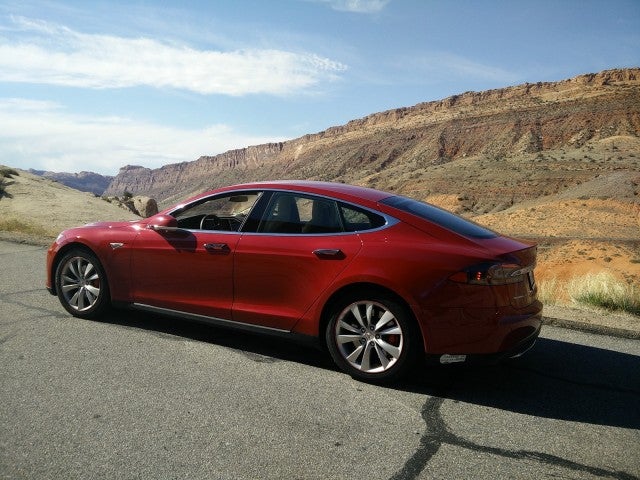 With its intelligent cruise control, the car could fully handle driving in the stop-and-go traffic of commute time.

It also could even change lanes with just the flick of the turn signal, all the while checking to ensure that the lane change was safe.

Version 7.1 can now also independently park the car in a tight garage (meaning one too narrow for a driver to open the door when inside). In this setting, the car can also back itself out of the garage.

This is what Tesla calls “summoning,” and represents the first step toward KITT—the intelligent self-driving car of 1980s television.

The Model S can even open the garage door as it approaches, and close it when finally in place, by transmitting the commands to an electronic door opener.

It can also automatically perpendicular park, via backing into such a space. And in the driver’s display, the panel now will show exactly what vehicles are around the front of the Model S: car, truck, or motorcycle. 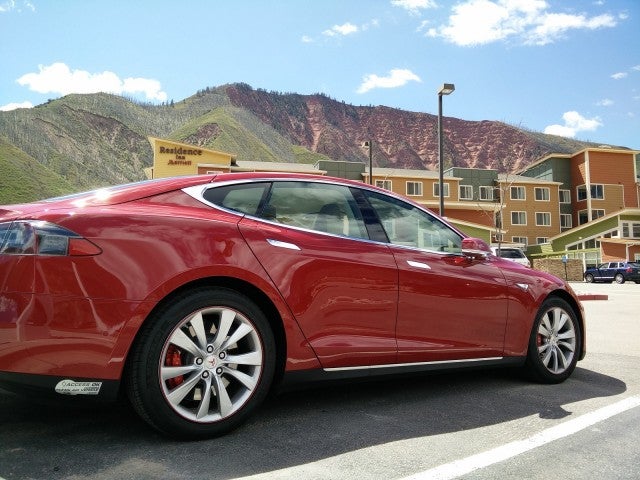 Needless to say, Tesla owners are eagerly updating and testing out the new functions. As YouTube user “GasKicker” relates in a Tesla Motors Club forum:

Version 7.1 also incorporates a more minor range of improvements, including a function that unlocks only the driver’s door when a person approaches with the key fob. This actually represents a huge positive and overdue feature for any Model S driver who has been at risk when approaching the car in settings that are less than safe and secure.

The trip-planner software has been improved to avoid the silly possibility of backtracking to the nearest Supercharger (I lost three hours late one night following the “backtracking” instructions from Version 7.0, when I should have known better).

However, while the newest software indicates Supercharger sites that are not “in service” and so should be avoided, it doesn’t yet show whether there are—or will be—open stalls at a Supercharger location, a feature requested by most owners.

During his conference call, Musk said these latest changes are still “baby steps” toward full autonomous cars, which he expects “technically could be here in 24-36 months.”

In coming months, he claimed, with the current technology plus its “fleet learning,” the 7.1 software will be “better than humans in highway driving.”

The car now actually looks ahead, for example, and will reduce speed when it approaches a sharp turn in the road.

For full autonomous driving, a Tesla will need more sensors than in the current production vehicles include—but with improved hardware and the development of national standards for autonomous driving, Musk expects that “we will see this happen….soon.”

Despite the shocking risks taken by some early drivers using the auto-steering found in Version 7.0 (many documented on video), Musk said he is “not aware of any accidents with the Model S under auto-steering control.”

The future is coming, and it is coming “soon” at a Tesla pace.