How It Works: Salmon Transport

At the turn of the 19th century, up to 16 million salmon and steelhead trout migrated up the waterways of... 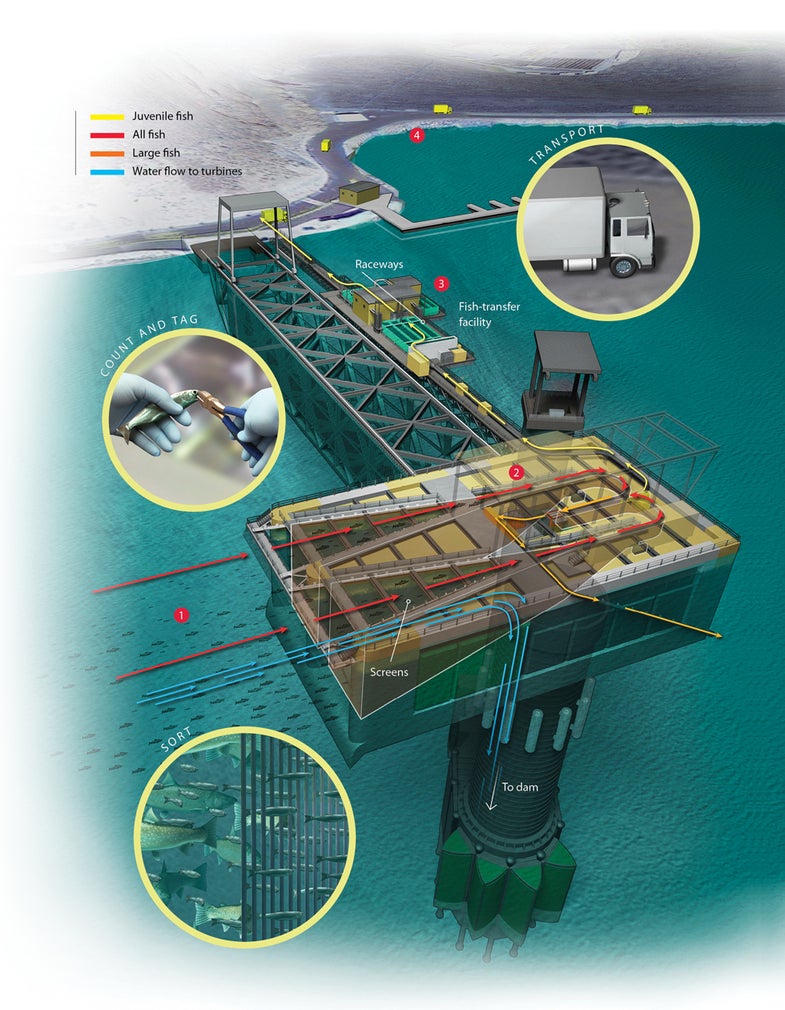 At the turn of the 19th century, up to 16 million salmon and steelhead trout migrated up the waterways of the Columbia River Basin to spawn. Today, about one million salmon and an equal number of steelhead return, in large part because the rivers have been dammed. When fish swim from their hatching grounds to the ocean, they learn the route and return by the same course years later. If a dam blocks it, the run discontinues.

To aid migration on the Deschutes River in Oregon, engineers working for Portland General Electric developed a facility to separate juvenile fish from adults. Since the $108-million facility began operating in December 2009, biologists there have sorted 600,000 fish to find the juveniles and transport them downstream by truck. Last year, scientists recorded the first fish to return to the river to spawn, an event that hadn’t happened in 40 years.

A hydroelectric dam generates electricity when water trapped behind it flows through an inlet and spins a turbine. Before the water enters the inlet, it must flow through metal screens to keep debris out of the turbines. In the hydroelectric dam on the Deschutes River below Lake Billy Chinook, those screens also serve to trap fish in enclosed areas.

Three sets of separator bars divide fish by size. Fish that are too big to fit between the bars, such as the predatory bull trout and large kokanee, are flushed back into the lake. The smaller juvenile salmon and steelhead that pass through reach a pipe that leads to the fish-transfer facility. There, the fish are held in open-top raceways.

Technicians equipped with nets corral the fish at one end of the raceway and into a trough, where they identify the fish species and count them. They also dip-net a few of the fish, knock them out with anesthetic, and clip their right maxillary bone. Biologists use the clipped bone to identify fish that return to the Deschutes after a time at sea.

The fish slide down a pipe and into a hopper. Technicians empty the hoppers into tanker trucks and the fish are transported 10 miles downstream. There, the tanker connects to a delivery pipe that guides the fish into the river. When the adult fish return to the dam site, technicians gather up the new arrivals and take them to a fish hatchery. 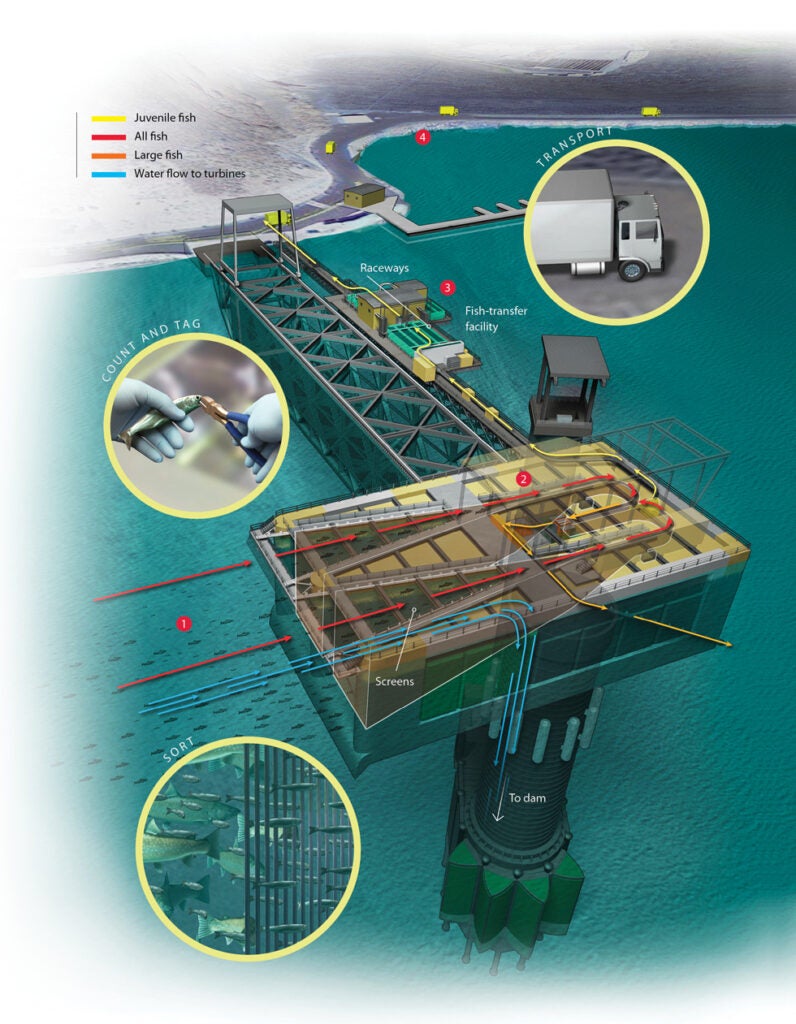