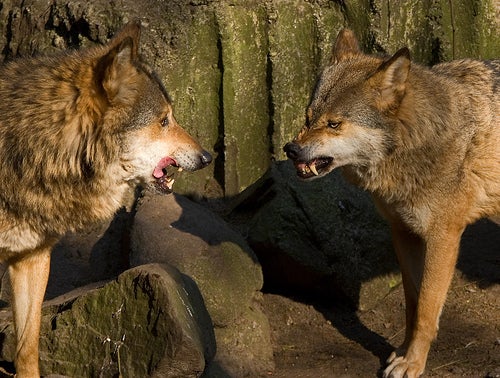 Researchers use a range of digital technologies in the field to study animal populations. GPS collars and tags track range and migration; motion-sensitive cameras snap candid photos; pre-recorded calls and songs attract individuals so the scientists can get a closer look. Now a new tool has been added to the field arsenal for University of Montana biologists studying wolves in Idaho: the Howlbox.

The Howlbox takes the concept of attracting animals with recorded calls a few steps further. Programmed to “wake” and “sleep” with the animals, it broadcasts an audible wolf call when the wolves are active and then records their replies. Later, the researchers use audio software to identify the frequencies of each wolf’s call on the recordings, allowing them to count individuals in a population.

The study comes at a critical time for the wolf populations of the West. They are scheduled to be delisted from the Federal Endangered Species Act later this month, which means funding for more involved aerial surveillance and collared tracking will be ending as well.