Isolation from wolves seems to be the crucial step to the evolution of the modern domesticated dog. 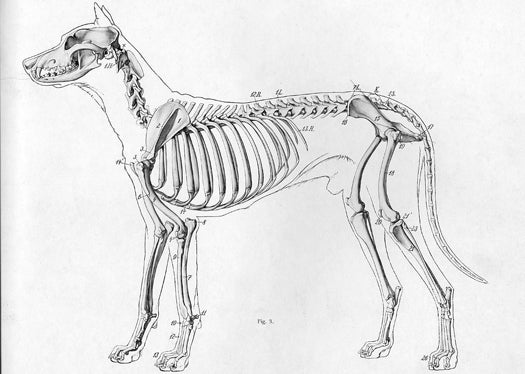 At first blush, the emergence of man’s best friend is pretty straightforward. The first dogs descended from wolves in Europe about 14,000 years ago. Then humans domesticated those proto-dogs until the eventual animal known as a “dog” had many of the traits we associated with the animal today. That much of the evolutionary history of the modern dog has been clearly understood. But further research suggests that that European dog is not the ancestor of all our dogs; instead, every modern Western dog hails from a Southeast Asian progenitor lineage. Why? Why did some upstart Southeast Asian lineage triumph, even in Europe, instead of the endemic European one? Turns out, it might have to do with your pet dog’s affinity for Cheetos.

According to research conducted by Ben Sacks from the University of California at Davis and his colleagues, the Southeast Asian dogs prospered because, after they were brought south of the Yangtze River some 6,000 years ago, the dogs were isolated from their wolf forebears. Without that proximity, the Southeast Asian dogs could no longer interbreed with wolves, and thus followed their own evolutionary path. In contrast, northern Asian and European dogs still had contact with, and interbred with, the native wolf populations. Put more clearly, if dogs and wolves interbreed, as they did in Europe, they ended up in an evolutionary cul-de-sac. Isolated from one another, traits that benefited the newly emergent dog lineage flourished.

Another slice of data, published in January in Nature by Erik Axelsson of Uppsala University, suggests that one of the main differences between dogs and wolves is their ability to digest starch. As dogs continued their co-existence with humans — who were, at the same time, mastering agriculture and switching to a grain-based diet — those individuals who could eat starch would be better suited to a domesticated lifestyle than those who had to constantly hunt. Sacks and Axelsson disagree on when that switch took place: Axelsson says that it happened before humans switched from a hunter-gatherer lifestyle to a farming one; Sacks says that the mutation occurred once rice cultivation in Southeast Asia was well underway.

Further work will be required to pinpoint just when the modern dog eventually emerged and to clarify where other canids, such as dingoes, fit into this evolutionary picture. In the interim, sit back and marvel at the process that eventually produced the donut-stealing canine scamps
we know and love today.