Here’s something you probably don’t hear very often: A nuclear power plant that lights up thousands of homes in Florida... 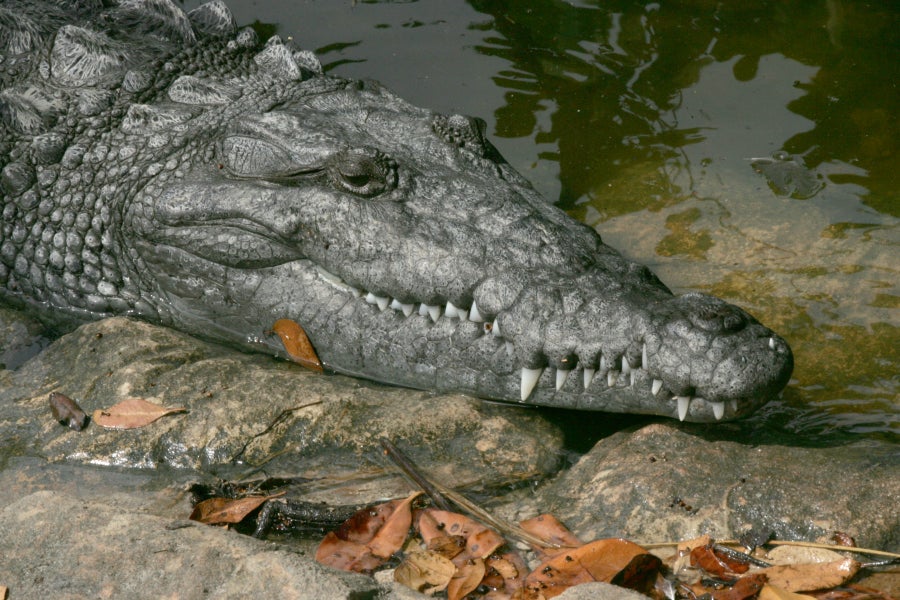 Here’s something you probably don’t hear very often: A nuclear power plant that lights up thousands of homes in Florida has become a major refuge for a once-endangered species. Canals designed to divert power plant water provide a safe haven for crocodiles, a supremely cold-sensitive species that once numbered fewer than 300 in this country. The closed-loop cooling system channels warmed water into the canals, heating the crocs’ once-disappearing habitat.

Crocodiles’ only habitat in this country is in south Florida (where they coexist with the more common alligator; it’s the only place in the world that boasts both species), but that habitat was slowly eroded by development throughout the mid-20th century, as this AP feature story says. By the 1970s, there were fewer than 300 crocs in the state, and the federal government classified them as endangered.

But in 1977, Turkey Point employees happened upon a crocodile nest in one of the then-new plant’s cooling canals. The company set up a monitoring program to ensure they didn’t hurt the animals (none has been found with any radiation), and this program has helped track their rebound, according to the AP. Crocodile monitoring entails capturing the beasts, microchipping them and weighing them. A video below shows what this work looks like. Florida Power has a team of biologists who keep tabs on the crocs — not exactly the type of job you would expect to find at a nuclear plant.

Now there are something like 1,500 crocs in south Florida, hundreds of which live at Turkey Point. The U.S. Fish and Wildlife Service credits the power company for the population increase.