They entertained you for entire minutes at the dentist’s office. 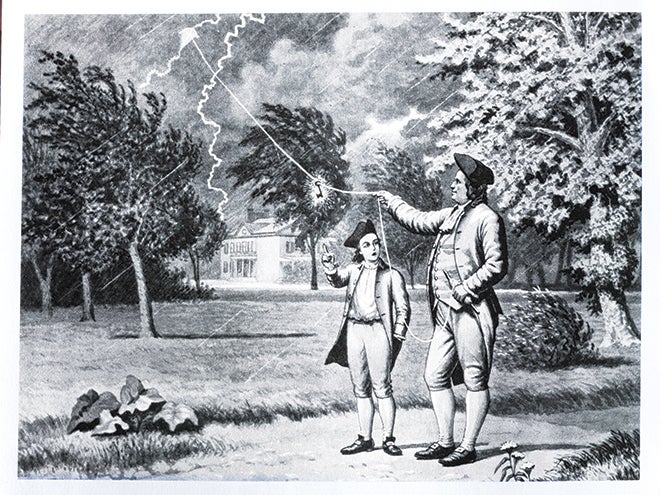 Gaze at the top image of Ben Franklin’s famous kite study. Now, the one below it. See the changes?

You probably can’t, and you’re not alone. In fact, what psychologists call change blindness is really a power struggle raging in our brains.

When we view something, we notice big details—the people, the forest they are in, perhaps the house in the back—and fail to zero in on less important features like the number of shrubs in the forest or the house’s finer details (hint, hint). Dan Simons, a psychologist at the University of Illinois at Urbana-Champaign, says that’s because if we spotted everything, we’d be unable to focus our attention. So our brain fails to log details it deems ­unimportant. When we flip back and forth trying to find them, we can’t because we never noticed them in the first place. However, once we do see the disparity, it gets stored as one of the obvious elements, and then we can’t seem to unsee it.

Simons says he’s not surprised we don’t ­encode everything we see. What shocks him is that people think they do. Some of his study participants claim to always notice Hollywood continuity errors—like when the number on John Connor’s escaping Cessna 172 Skyhawk changes in the third Terminator movie. When, in fact, they often miss them, he says. “We’re not aware of all of the changes we never saw.”

Answers: The house in the top image has four rightmost windows, the one below has none; two trees on the left have no shadow in the bottom image; a plant is missing from the shrubs to the left of Ben’s feet.

This article was originally published in the January/February 2018, Power issue of Popular Science.