Some of the best science lies in the designs of really old stuff. 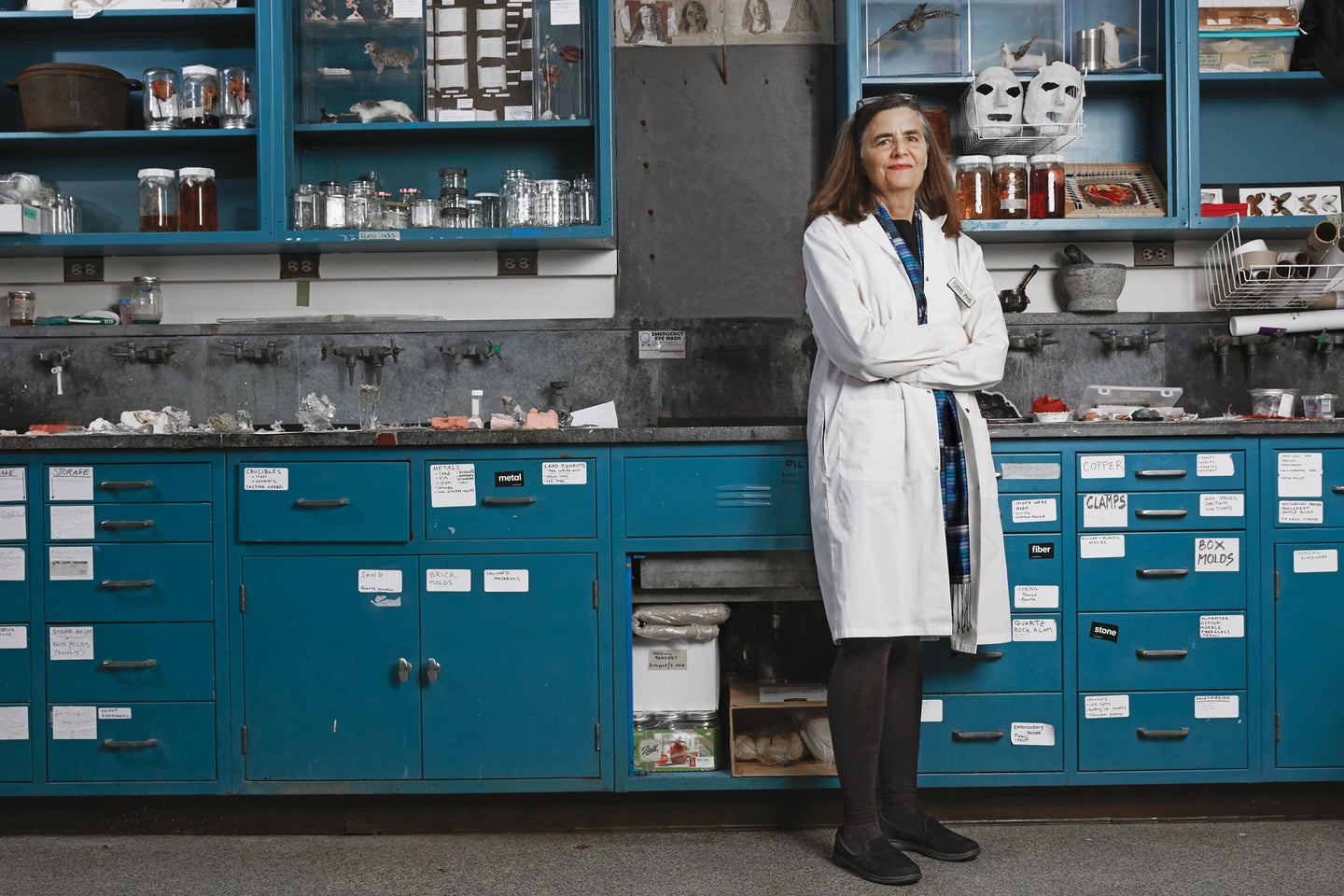 Today, we imagine lab experiments as part of a separate realm from fine arts like painting or trades like carpentry. But artisans helped lay the groundwork for the scientific revolution. For the past five years, Pamela Smith, a historian of science at Columbia University in New York, has devoted herself to re-creating their long-forgotten techniques. “So much exploration, experimentation, and innovation happens in craft,” she says. “It’s the same as science; it’s the human exploration of the material world.”

Smith didn’t get into academia to spend her days gilding and mixing. “I’m not very handy,” she admits. Artisans caught her attention when she penned a dissertation on Johann Joachim Becher, a 17th-century writer who pondered the economics of alchemy and crafts. Then, while doing research for her 2004 book, The Body of the Artisan, she came across a 16th-century French manuscript containing nearly 1,000 sets of instructions, covering subjects from cannon casting to finding the best sand in Toulouse.

The author’s intent remains as mysterious as their name; they may have been creating a manual or simply taking notes for their own records. But Smith was struck mainly by the fact that she didn’t truly grasp any of the skills the author described. “You simply can’t get an understanding of that handwork by reading about it,” she says. So in 2014, she founded Columbia’s Making and Knowing Project to probe (and digitize) the tome’s many secrets.

Though Smith did get her hands on that choice Toulousian sand, doing things the old-fashioned way isn’t just about mucking around with French mud. Reconstructing the work of people who lived centuries ago can reveal how they viewed the world, what objects filled their homes, and what went on in the workshops that produced them. It can even address present-day problems: In 2015, scientists discovered that a 10th-century Anglo-Saxon remedy for eye infections could kill antibiotic-resistant bacteria.

The work has also yielded insights for museums, Smith says. One must know how an object was made in order to preserve it. What’s more, reconstructions might be the only way to know what treasures looked like before time wore them down. Scholars have seen this idea in practice with ancient Greek and Roman statues. These sculptures weren’t just austere white marble; they were painted a rainbow of striking colors with long-degraded pigments. We can’t appreciate these kinds of vibrant details without seeing works of art as they originally appeared—something Smith believes you can do only once you have a road map for replicating the effect.

She’s put the manuscript’s theories into practice, crafting mock gems from quartz and copper powder, and affixing taxidermy rats with sparrow wings. Scholars and nobles in early modern Europe collected such things for their Kunstkammern, cabinets of curiosities—as well as astronomical instruments, clockwork animals, and other marvels. Creators were fascinated by what it meant for human hands to imitate (or even surpass) the world’s natural wonders. Philosopher René Descartes proposed that studying how a machine or living creature worked was the key to understanding it, and that such tinkering could serve to bring humans closer to God.

Smith’s ultimate goal is to link the worlds of art and science back together. Many of her students are historians who had never set foot in a lab or studio before tackling the manuscript. Smith believes that bringing its recipes to life can foster a kind of learning that thrives on experimentation, teamwork, and problem solving.

This belief has precedent. Back when science—then called “the new philosophy”—took shape, academics looked to artisans for help understanding and manipulating the natural world. One can trace a single thread from Renaissance-era timepieces, which nobles demanded grow increasingly intricate, to the clockwork automatons that preceded robots and computers. Even microscopes and telescopes were invented by way of artistic tinkering, as craftspeople experimented with glass and lens grinding to better bend light.

If we can rediscover the value of hands-on experience and craftwork, Smith says, we can marry the best of our modern insights with the homespun handiness of our scientific forebears.