Yes, with help from the cosmos 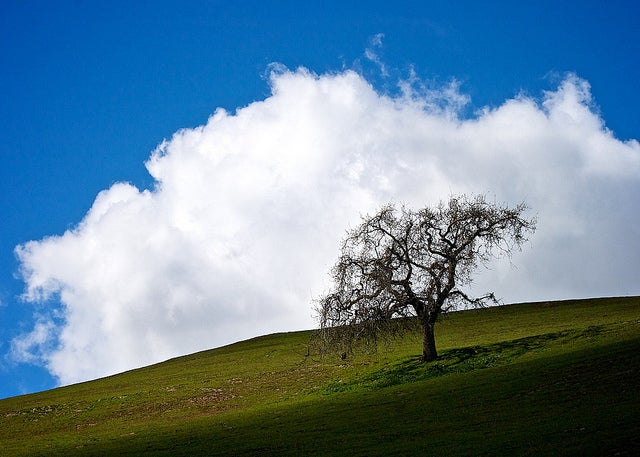 The “pristine” atmosphere our planet had before the industrial revolution may have been cloudier than expected, reports the European Organization for Nuclear Research (CERN).

Physicists at CERN used a cloud chamber to see whether aerosols—particles that can become the seeds for new clouds—can form from vapors emitted by trees.

Previously, scientists thought that sulfuric acid (abundant in our atmosphere thanks to burning fossil fuels) was necessary to form most of these cloud-seeding particles. In the cloud chamber, though, the particles successfully formed without sulfuric acid to help them along. And with help from galactic cosmic rays (which infiltrate our atmosphere from space), the tree vapors turned into cloud-seeding particles 10 times faster.

Plant-based vapors and cosmic rays may be how nature produces aerosols (and thus, clouds) without pollution, wrote the scientists, who published the findings today in two papers in the journal Nature. The findings will help scientists better understand how humans have affected Earth’s climate and cloud cover.