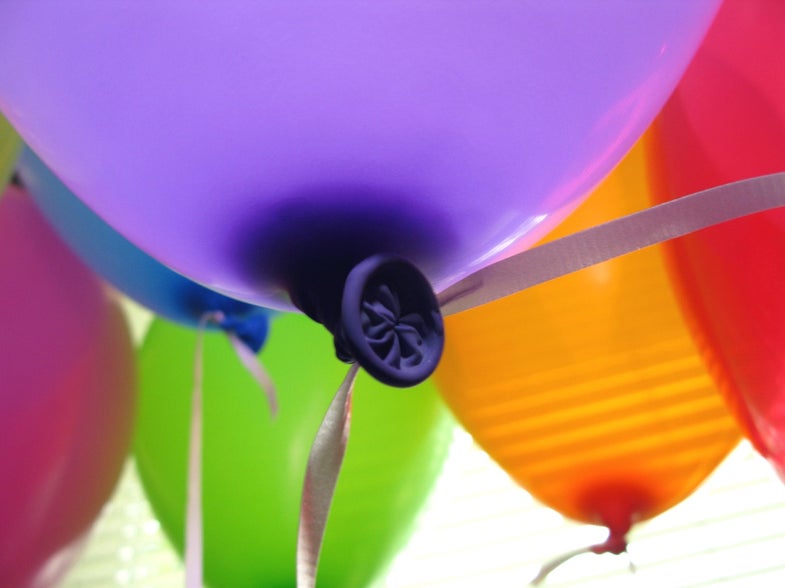 One of the more wasteful uses of helium. frankieleon/flickr
SHARE

Most of us encounter helium in balloons, but the gas has far more valuable uses than just to inflate party favors.

Helium is an inert gas that is a key component in weather balloons, MRI machines, welding, and many more industries. But it is also very rare, with the only known sources found simply as byproducts of oil and gas drilling. There are occasionally helium shortages that drive up the price of the precious gas. Helium is viewed as a dwindling resource to researchers and people in the medical community, who rely on it for MRI’s and other important items like the Large Hadron Collider.

Researchers have even gotten to a point where they’ve started speaking out against the use of helium in party balloons.

But now there might be a reason to breathe a little bit easier.

In research presented at the Goldschmidt geochemistry conference, researchers from the United Kingdom announced that they have successfully located a massive source of helium underground in the East African Rift Valley, a highly volcanically active area in Africa. All the more remarkable, they found the natural helium reserve on their first try.

“We sampled helium gas (and nitrogen) just bubbling out of the ground in the Tanzanian East African Rift valley. By combining our understanding of helium geochemistry with seismic images of gas trapping structures, independent experts have calculated a probable resource of 54 billion cubic feet (BCf) in just one part of the rift valley.” Chris Ballentine, a researcher on the project said. “This is enough to fill over 1.2 million medical MRI scanners. To put this discovery into perspective, global consumption of helium is about 8 BCf per year and the United States Federal Helium Reserve, which is the world’s largest supplier, has a current reserve of just 24.2 BCf. Total known reserves in the USA are around 153 BCf. This is a game changer for the future security of society’s helium needs and similar finds in the future may not be far away.”

The researchers, partnered by a Norwegian exploration company called Helium One were looking at the Rift Valley for a reason. Researchers knew that volcanoes (including Yellowstone) often had helium sources nearby. Future research will likely look at narrowing down the areas where governments and companies can successfully prospect for helium.

“We show that volcanoes in the Rift play an important role in the formation of viable helium reserves. Volcanic activity likely provides the heat necessary to release the helium accumulated in ancient crustal rocks. However, if gas traps are located too close to a given volcano, they run the risk of helium being heavily diluted by volcanic gases such as carbon dioxide, just as we see in thermal springs from the region. We are now working to identify the ‘goldilocks-zone’ between the ancient crust and the modern volcanoes where the balance between helium release and volcanic dilution is ‘just right’,” said Diveena Danabalan, lead author of the research.