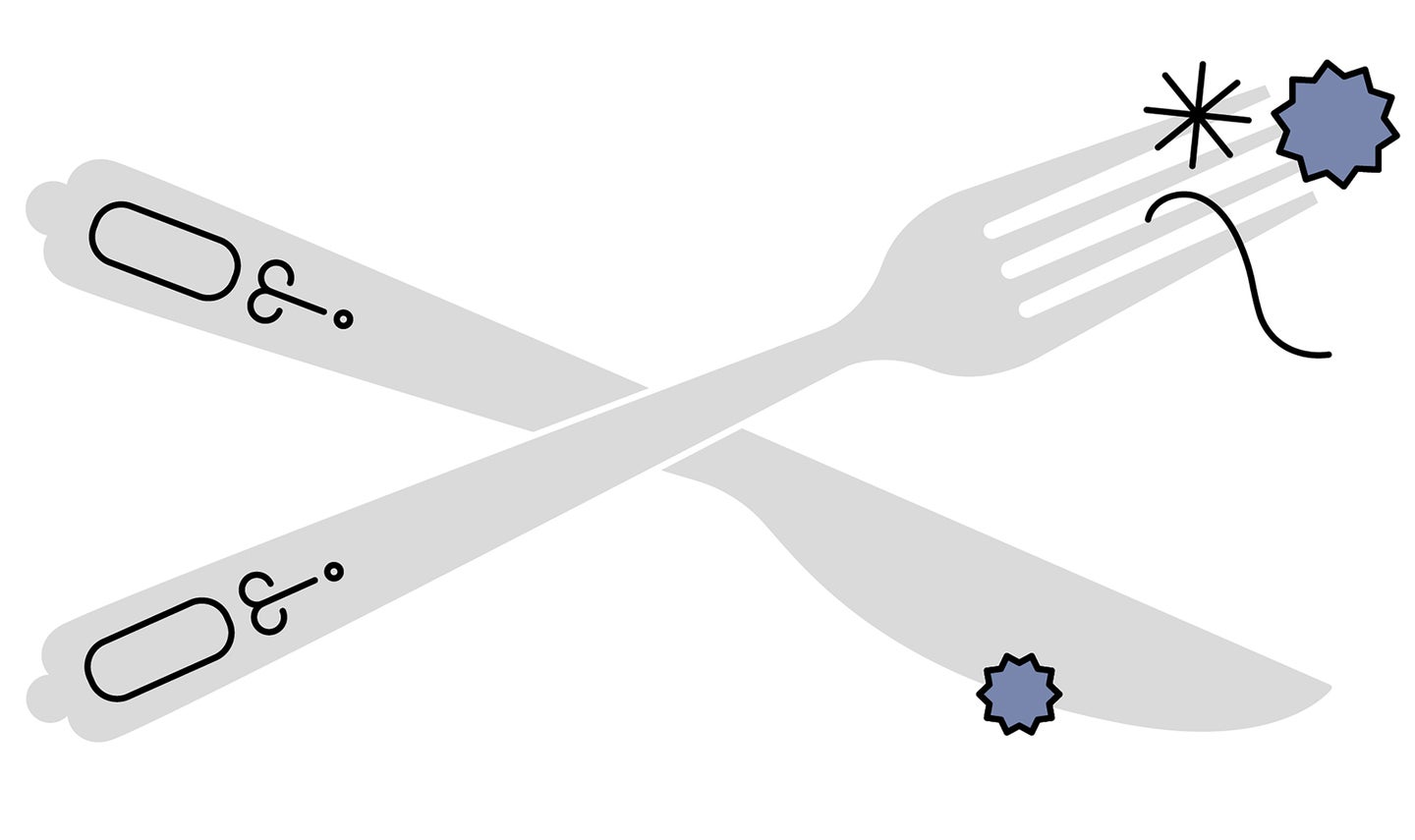 The FDA has some news for you. Katie Gorbacheva for Popular Science

The unbelievably gross things that we regularly eat by accident

THE IDEA THAT you swallow eight arachnids each night is a load of malarkey popularized by a list of random “facts” that went viral in the early days of the internet. Still, there is a reason this stomach-churning urban legend persists: Humans unknowingly gulp down all manner of disgusting detritus each day, from random animal parts during lunch to their own pearly whites while sleeping. You’re usually none the worse for ingesting this stuff—as long as you don’t think too much about how nasty it is. Here are some of the grossest, and strangest, things that go down your gullet without your knowing it.

Countless arthropods swarm your sustenance, leaving traces as it moves from field to market. The Food and Drug Administration says everything from macaroni to wine can contain dozens, even hundreds, of bug bits before regulators deem it contaminated.

Vermin scurrying around food-processing sites introduce fur and other, uh, leavings to myriad products. The FDA allows one rat hair for every 100 grams of peanut butter, to offer just one example. That means there could be as many as four in a 16-ounce jar.

It’s inevitable that some fruits, veggies, and other goods sprout fungus on their way from farm to table. Depending upon the mycelium and federal standard, Uncle Sam lets around 3 percent of canned peaches and 5 percent of spices like cinnamon be moldy.

You’d think folks would notice if they downed a tooth, but no: Studies of people hospitalized for accidental ingestions found that dentures accounted for between 4 and 18 percent of unintentional swallows, many of which occurred while dozing off.

Young children will put almost anything in their mouths. A series of stool-sample surveys in the 1990s determined that the average child digests as much as 500 milligrams of soil—about a thimbleful—daily. That works out to a few ounces per year.