It may have been another major mass extinction in our planet’s history. 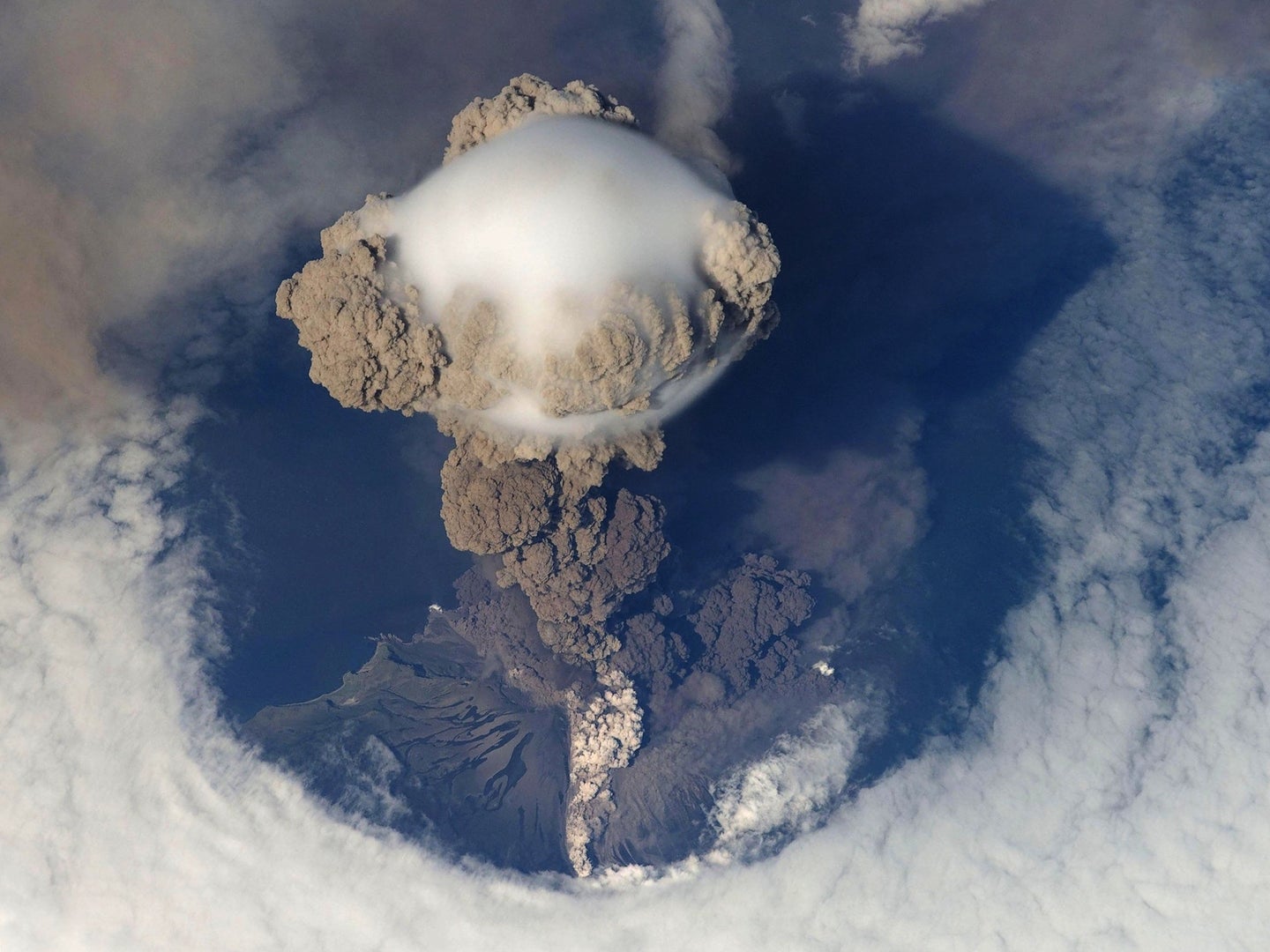 A volcanic eruption may have helped the dinosaurs take over. Pixabay
SHARE

In the past half billion years of Earth’s history, there have been five widely-accepted major mass extinctions, but new findings published recently in Science Advances suggest that there may have been another—one that created conditions that allowed dinosaurs to take over the world.

The newly proposed mass extinction, which occurred during a period of time 233 million years ago called the Carnian Pluvial Episode (CPE), resulted in the loss of 33 percent of marine genera (the next-highest level of taxonomy above species) according to the study. Large volcanic eruptions in western Canada likely caused the event by emitting large amounts of greenhouse gases, causing rapid global warming and a period of increased rainfall that lasted roughly one million years. Afterward, climate conditions rapidly changed from rainy to arid, which, coupled with the increased plant growth during the period, provided a warm, oxygen-rich environment ideal for dinosaurs to flourish.

It’s tricky to gather enough data to define a new mass extinction as “major.” This happens when 75 percent of species in the world die out within a relatively short period of time (geologically speaking, which could mean several thousands of years), but it’s hard to know exactly what fraction of flora and fauna died off in any given period. In the last 545 million years, there have been at least five of these events, most of them caused by large volcanic eruptions. There have been many minor mass extinctions throughout the history of the Earth, as well, where roughly 20 to 40 percent of species disappear.

According to Dr. Michael Rampino, a geologist at New York University who published a paper last year about a different potential major mass extinction 260 million years ago, the CPE event does not quite meet the criteria for such a calamitous event. The 33 percent of marine genera that vanished during the period, though significant, do not measure up to the roughly 75 to 90 percent of species (generally around 45 percent of genera, though there’s no direct conversion) that would need to die off for an event like this to be considered “major.”

Rampino says the loss due to the CPE event was “not a total disaster, like the Cretaceous-Tertiary boundary,” in which all non-avian dinosaurs died out, “but enough where paleontologists looking back at the records can see that a relatively large number of the species that were there disappeared.”

It may be hasty to completely rule out the CPE as a major mass extinction, though. The researchers acknowledged in their article that they do not have precise enough dating to verify how many species, especially land animals and plants, actually died out in the time frame that the researchers investigated. There might have been more that disappeared during this time—it will take more precise dating mechanisms to know for sure.

But just because the CPE extinction was not as major as the five largest does not mean it was insignificant. Mass die-offs can wipe out species that flourished in the prior environment, leaving space for other groups to evolve and spread in the post-catastrophe world.

“It’s a way of resetting evolution, or resetting the major players in the various ecosystems that were affected by the extinction,” says Rampino.

Regardless of whether this event joins the ranks of the five widely-accepted major mass extinctions in the future, it certainly set the stage for the diversification of species that led to the creation of modern ecosystems—in particular, the evolution of the first mammals and more modern forms of coral, plankton and reptiles.

“You sort of look at it as if you’re growing a bush, and you trim it back, and it starts to grow back again,” says Rampino. “But maybe some of the branches that weren’t growing so well before start to grow better, and some of the branches are gone.” The volcanic eruption and sudden climate change spelled disaster for many species—but in the end, it allowed many more to thrive.