Sometimes being a scientist means feeding bed bugs your own blood

Bed bugs raised in a lab get hungry, too. 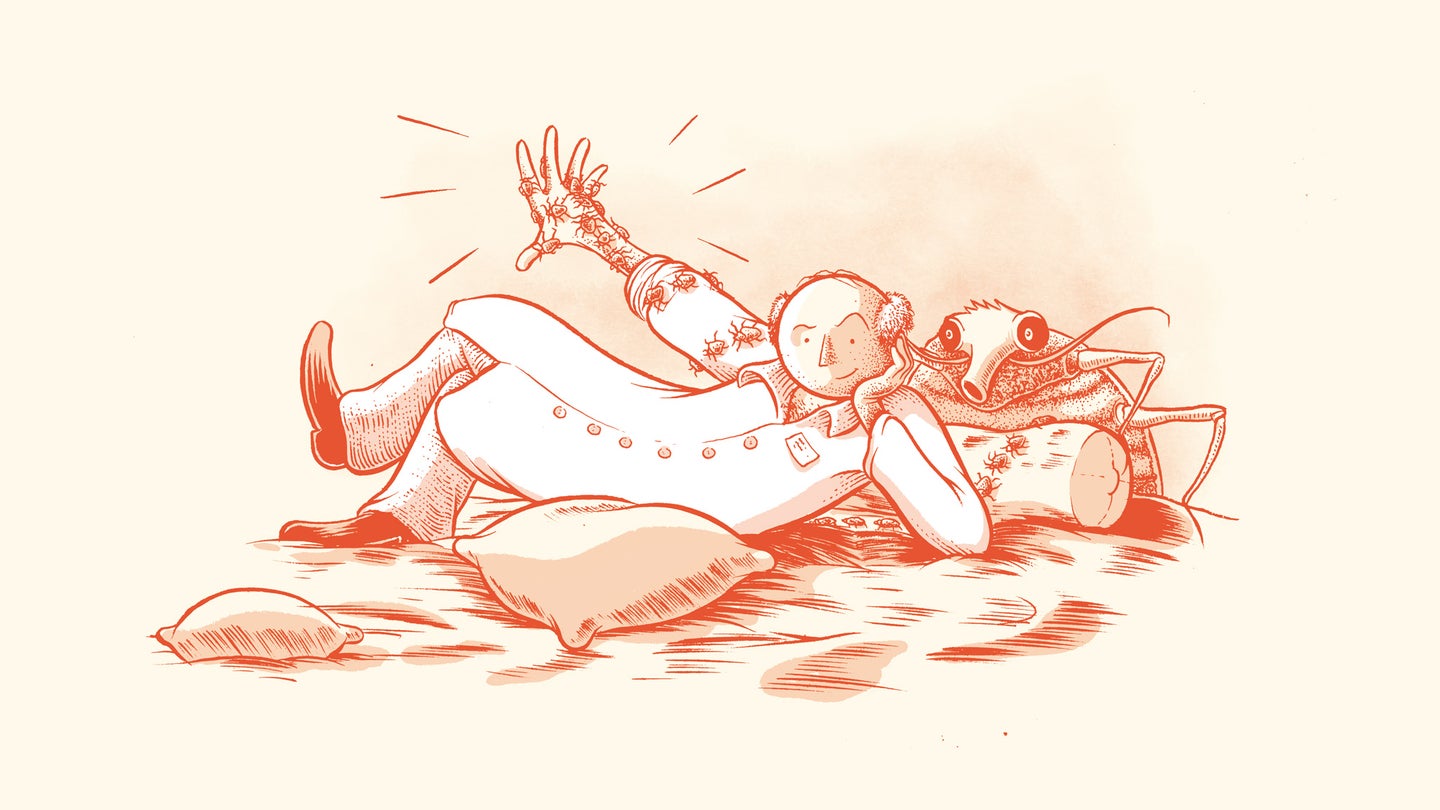 Roberto Pereira is an entomologist at the University of Florida. Here’s his tale from the field, as told to Kat Eschner.

In 2007, I started a position at the urban entomology lab at the University of Florida. At the time, bedbugs were spreading around the United States—after a long period of quiescence—so a lot of research was focused on understanding and controlling the insects.

Bedbugs are ancient critters with diets made up entirely of blood. Before they developed their taste for humans, they dwelled in caves and fed on bats. When our species moved into the caves, we became one of their main meal sources. Eventually we gave them a free ride to our more-modern residences.

They’ve had millennia to get to know us. To become scientifically acquainted with them, we needed to collect the bugs in the field and recolonize them in the lab, where we could scrutinize their behaviors.

My colleagues and I visited homes heavily infested with the common bedbug, Cimex lectularius. Once, however, we found a small infestation of a far rarer variety in the US: tropical bedbugs, or C. hemipterus, whose behavior we know less about. We needed to boost their numbers in the lab to effectively study them, which meant we had to feed them. You can put rabbit blood inside paraffin film to mimic skin, but bedbugs can have trouble biting it. Instead, I put their cage on my arm or leg and just let them feed for a bit. It gets uncomfortable when you have around 100 on your skin, but I can’t ask my students to do it. It’s far more ethical to ask myself—and I’m very agreeable.