What would happen if the sun went out? 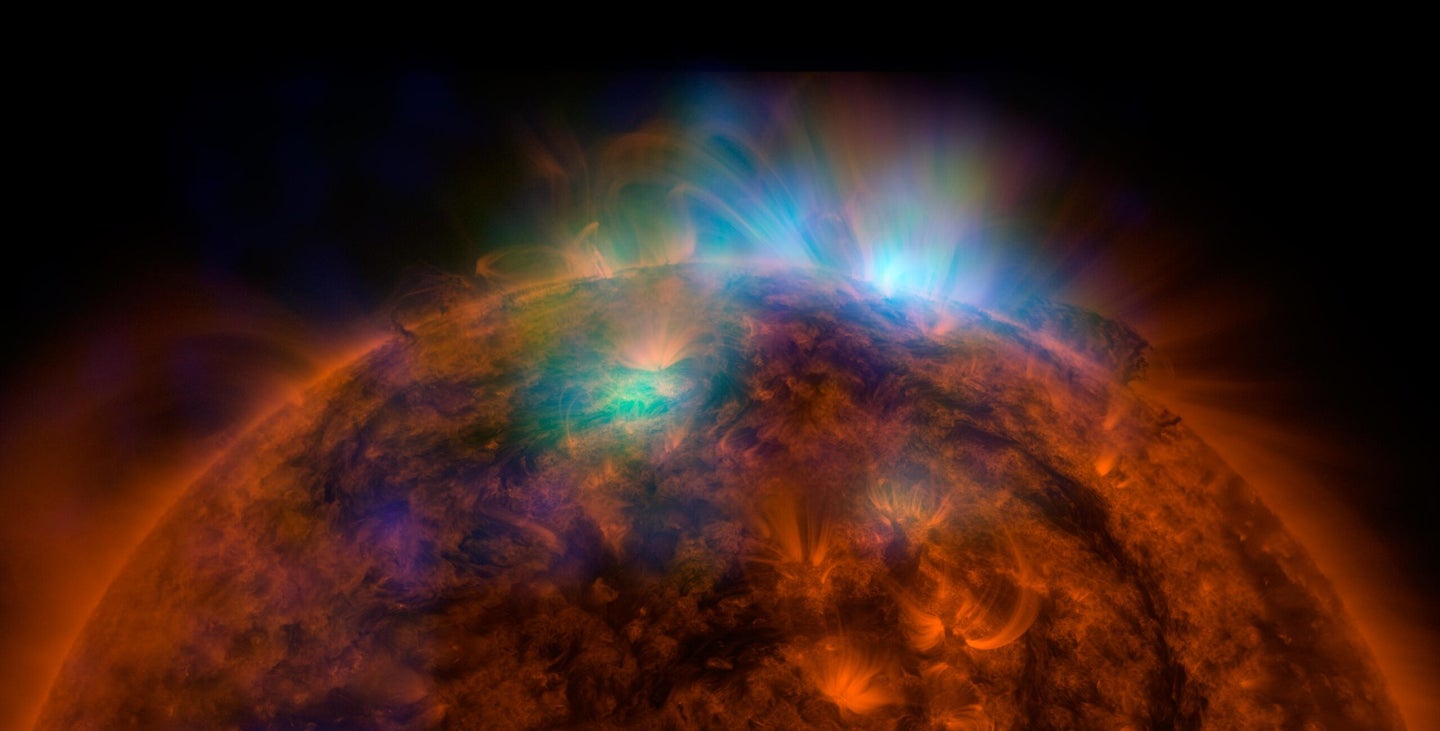 If you put a steamy cup of coffee in the refrigerator, it wouldn’t immediately turn cold. Likewise, if the sun simply “turned off” (which is actually physically impossible), the Earth would stay warm—at least compared with the space surrounding it—for a few million years. But we surface dwellers would feel the chill much sooner than that.

Within a week, the average global surface temperature would drop below 0°F. In a year, it would dip to –100°. The top layers of the oceans would freeze over, but in an apocalyptic irony, that ice would insulate the deep water below and prevent the oceans from freezing solid for hundreds of thousands of years. Millions of years after that, our planet would reach a stable –400°, the temperature at which the heat radiating from the planet’s core would equal the heat that the Earth radiates into space, explains David Stevenson, a professor of planetary science at the California Institute of Technology.

Although some microorganisms living in the Earth’s crust would survive, the majority of life would enjoy only a brief post-sun existence. Photosynthesis would halt immediately, and most plants would die in a few weeks. Large trees, however, could survive for several decades, thanks to slow metabolism and substantial sugar stores. With the food chain’s bottom tier knocked out, most animals would die off quickly, but scavengers picking over the dead remains could last until the cold killed them.

Humans could live in submarines in the deepest and warmest parts of the ocean, but a more attractive option might be nuclear- or geothermal-powered habitats. One good place to camp out: Iceland. The island nation already heats 87 percent of its homes using geothermal energy, and, says astronomy professor Eric Blackman of the University of Rochester, people could continue harnessing volcanic heat for hundreds of years.

Of course, the sun doesn’t merely heat the Earth; it also keeps the planet in orbit. If its mass suddenly disappeared (this is equally impossible, by the way), the planet would fly off, like a ball swung on a string and suddenly let go.

This article originally appeared in the November 2008 issue of Popular Science magazine.