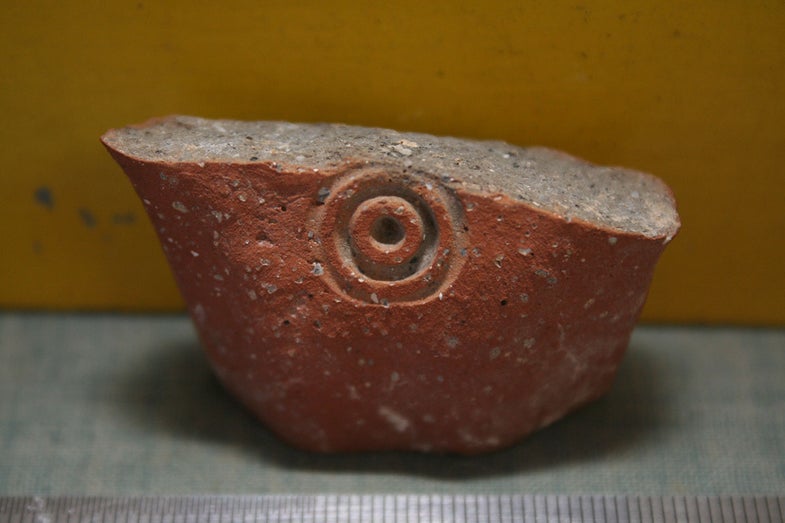 Between the eighth and second centuries BCE, potters in the kingdom of Judah (near Jerusalem) made a bunch of jars with official state seals on the handles. They needed to hold supplies, and they wanted people to know who those supplies belonged to. Simple, right?

The jars themselves are fairly non-descript but for thousands of years they’ve hidden important information about the Earth’s geomagnetic history.

In a study published Monday in PNAS, Israeli researchers announced that they had turned the fragmented artifacts into an archive on Earth’s magnetic field, something that the people making the pottery would have known nothing about. 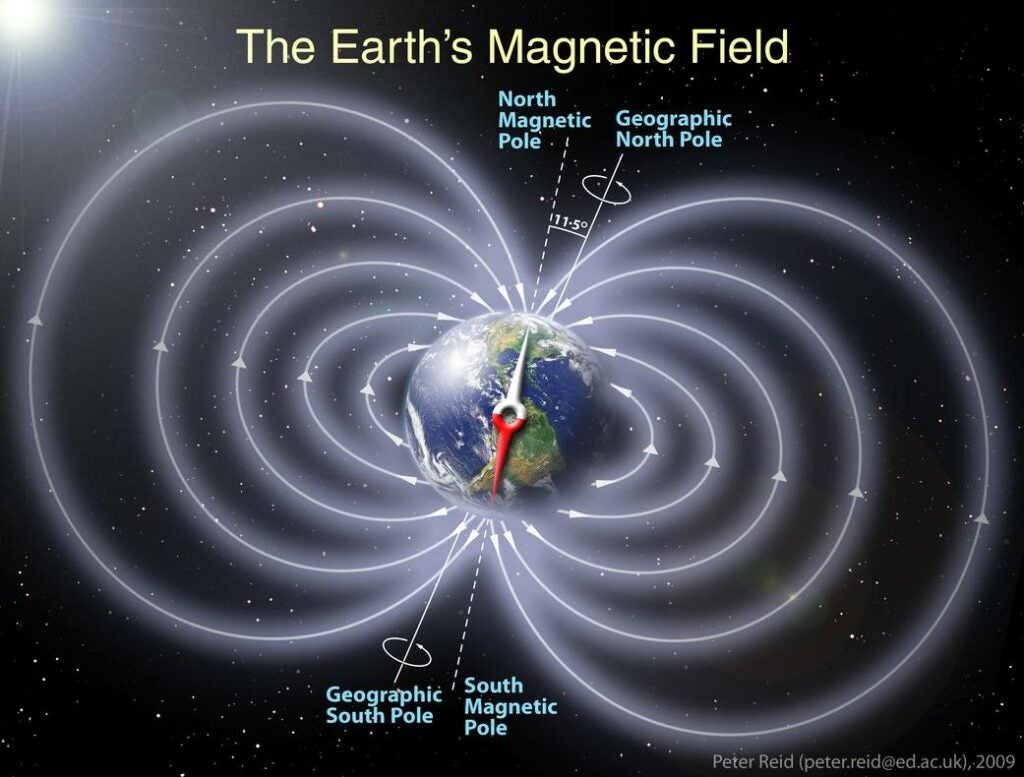 The north and south pole of Earth’s magnetic field don’t line up with our planet’s geographic poles.

Earth’s magnetic field—generated by movement of liquid metal at the Earth’s core—has two poles, north and south, which currently correspond with the general regions of the geographic north and south poles. But they can wander widely or even flip entirely. Like the Earth itself, it’s only roughly spherical.

“In some ways it’s more of a rotten apple, it sags in some areas and pooches out in others,” says Eric Blinman, the director of the New Mexico Office of Archaeological Studies.

On the ocean floor, changes in the field’s direction and intensity are recorded as molten rock erupts and cools, giving researchers a detailed long-term view of the situation. But for a more detailed look—on the scale of a few thousand years vs a few hundred thousand years—physicists have to turn elsewhere. 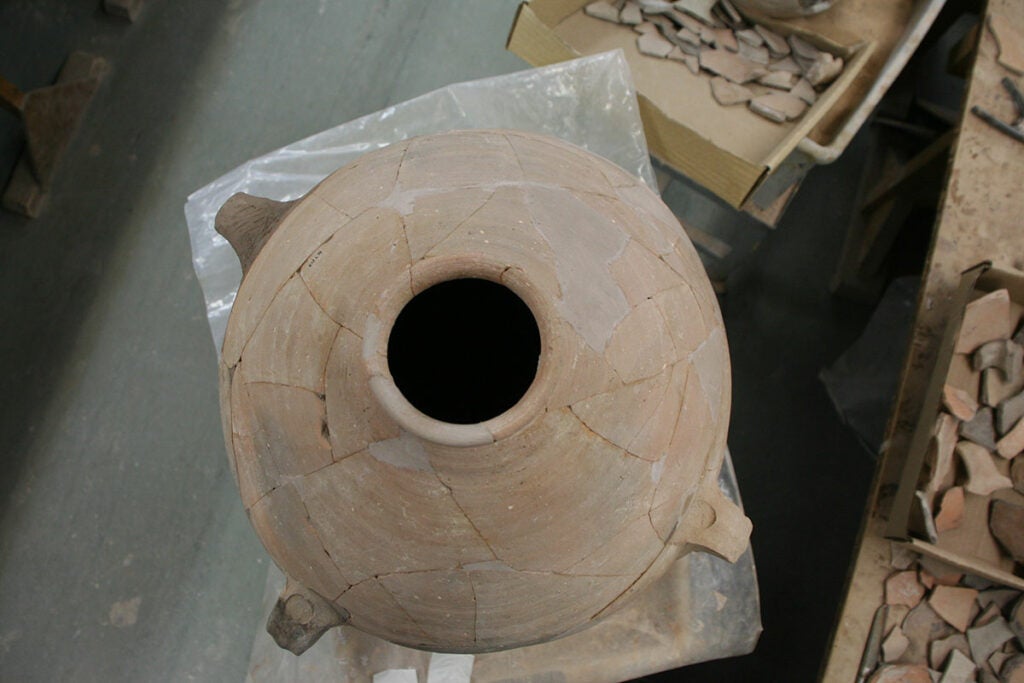 Ancient ceramics hold a record of the intensity of Earth’s magnetic field.

“Human beings heat dirt regularly,” Blinman says. Blinman was not involved with the new study, but also researches the interaction between Earth’s magnetic field and archeology. He studies the geomagnetic signature left in hearths in the Southwestern United States dating back 2,000 years.

Whether its clay for pottery, or the dirt around the hearth, the basic principle is the same.

If the object in question can’t be moved—like a fire pit or hearth dug into the earth—then the archeological feature can give researchers information about what direction the Earth’s magnetic field was pointing in during the time period that that feature was last in use.

In this case, lead researcher Erez Ben-Yosef and colleagues were able to show not only that the Earth’s magnetic field went through fluctuations in intensity during the six centuries that the jars were being manufactured, but that early during the 8th century, the geomagnetic field spiked dramatically—then went into a sharp decline.

If they were to happen today, the changes might be noticed by our power-grid-hungry societies. But back then, when there were no satellites or electronics to go wonky, the spike in magnetic activity would likely have passed unnoticed.

Potters certainly would have had no idea that the seals bearing the marks of their ruling government would later help geophysicists precisely track changes to the magnetic field around the entire planet. Because the seals correspond to meticulously documented historical records, researchers like Ben-Yosef can use them to accurately date the readings they get from the artifacts.

“For the geophysicists, it’s like someone opened up a locked door to a library that they didn’t know existed,” Blinman says.

More and more often, artifacts are providing information not just about human history, but also about the history of the Earth.

“I would only expect this sort of contribution to become increasingly common,” Blinman says.

Blinman hopes that as collaborations between geologists and archeologists become more common, researchers might be able to build up a global analysis of archaeomagnetic data within the next couple of generations. When we can combine intensity data based on pottery with the kind of hearth data Blinman collects, he says, we’ll have a truly multidimensional view of the 3D magnetic field that surrounds our world.