Is the Anthropocene really a thing? Minerals we’ve helped create rekindle the debate.

These 208 minerals were all caused by human activities 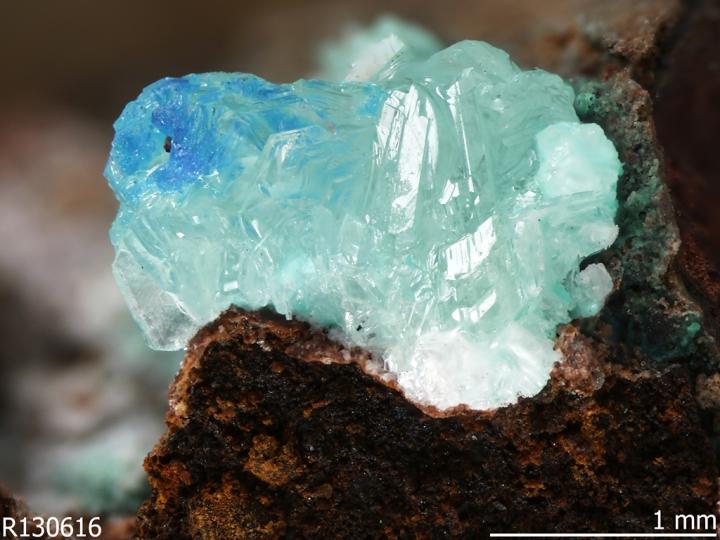 Minerals have to meet certain criteria before they’re deemed deserving of the name. They have to be crystalline (sorry glass, you don’t count), they have to form inorganically (pearls, you’re out) and they have to form naturally (lab diamonds, begone).

Those might seem like clear-cut rules, but the natural world is a weird place, and humans are very much part of it. So while mineral-like substances might not technically count as minerals if humans make them deliberately, substances we create accidentally might just fit the bill.

In a study published in American Mineralogist, researchers identified 208 minerals that meet all three criteria, but were also created (inadvertently) by human actions.

The 208 minerals include substances that formed on or in human creations, from shipwrecked artifacts to geothermal pipes. They form in the smoldering flames of coal dump fires or on the walls of smelters.

Oh, and in mines. Lots of mines.

“Most of these minerals formed on the walls of mines. Some formed on mine timbers or objects in mines,” says Edward Grew, one of the co-authors of the study.

When humans dig into the Earth, they open up holes that wouldn’t naturally be there, allowing water, air, and other altering substances to interact freely with minerals that might otherwise have stayed buried.

Water dripping down a mine wall—or seawater surrounding a shipwrecked ingot of tin—can change those naturally occurring minerals or human made artifacts into something else. Some of the minerals can occur totally naturally as well, but in the context of the mines, shipwrecks and pipes, there’s clearly a human element involved.

Now, it’s not like these minerals are taking over the old mines. Often they’re only found in a few localities, and even there, in very tiny amounts.

“These aren’t common and are all in very small quantities,” Grew says.

So why get excited over what is essentially a re-classification of a bunch of relatively rare minerals (208 out of over 5,000 minerals on the planet)?

The answer is in the title of the paper: ‘On the mineralogy of the “Anthropocene Epoch”’.

The Anthropocene Epoch is the proposed name for the current period of geologic time, with some researchers arguing that humans have changed the Earth so much, with our buildings and mines—and now minerals—that this time period is worthy of it’s own designation.

It’s an idea that has garnered a massive amount of attention, and controversy.

“One reason it’s so controversial is that with other geologic time periods, they are all done. You can find a beginning, middle, and an end,” Grew says. “With the Anthropocene, at best we can find is a beginning, we’re just coming into it.”

The group tasked with ultimately deciding whether or not the Anthropocene enters the official geologic time scale is the International Commission on Stratigraphy.

Stratigraphy is the study of the layers of rock in the Earth, which record the history of the world in sediments, volcanic eruptions, weathered surfaces, fossils, minerals, and many other markers. Some of these features form boundaries that help stratigraphers divide the Earth’s 4.6 billion year history into geologic ages and epochs.

Now, stratigraphers are being asked to decide if the massive impact of humans upon the Earth have left enough of a mark to define a new age; the Anthropocene epoch. The term, first proposed in 2000, has already become widespread in discussions about global changes, from urbanization to climate change. Researchers have proposed different starting points, from the increased interaction between old and new worlds in 1610 to a wide distribution of silicon in computers and electronics, to radiation from nuclear explosions. The idea leading the field right now is that the Anthropocene started around 1950, when oil and gas use exploded (figuratively), as did many nuclear bombs (literally).

“Minerals could be used to, maybe not define the ‘Anthropocene epoch’, but they might be what you could use to find it” Grew says.

Grew says to picture a geologist millions of years in the future looking at layers of rock. She sees some strange minerals. Would these be evidence that she’s looking at the Anthropocene? Maybe, if they’re some of the 208 anthropogenic minerals that Grew and his colleagues outlined. In picturing what the Anthropocene might look like in the rock record, “you have to project yourself in the future and then look back and see what you would see from the past,” Grew says.

But it’s that imaginary scenario that has many stratigraphers fuming at the very idea of the Anthropocene. Not because they don’t think humans have had an impact on the world, but because we already have classifications that effectively define both human impacts and time scales.

“The commission was not set up to recognize what might be a million years from now,” says Stan Finney, a former head of the International Commission on Stratigraphy that was not involved with the study.

Finney is an outspoken critic of the idea that the Anthropocene needs to be it’s own geologic time frame. For one thing, Finney says, we already have plenty of classifications that help us define different time periods, and detailed records that help us classify things on a much finer level than the vastness of geologic time.

Currently, when geologists classify lava flows in Hawaii, they distinguish between the flows by referring to the exact years in which they erupted, instead of automatically grouping them together as holocene flows. (Holocene is the current geologic time period that we’re in—anything in the last 11,700 years). “When you dig in the ground in Italy and find an artifact, you might define it as Roman, but you’d never call it Holocene” Finney says.

Same deal with the Anthropocene, according to Finney. We have years, calendars, industrial ages and archaeological ages, a plethora of different and precise ways to define the layers of the Earth that are currently in their infancy. Because of that diversity, researchers like Finney question the utility of the Anthropocene to stratigraphers, who are ultimately the ones being asked to include the epoch in their official chronology. If the current records of humanity survive, future geologists will have very precise terms to determine what was happening in the past, and won’t necessarily need an overarching term like the Anthropocene. If those records don’t survive, it’s all pretty fruitless. “If we’re not around, we’re not around,” Finney says.

There’s no denying that the idea of the Anthropocene, or ‘age of man’ is evocative. If we’re altering the Earth so much with our buildings, our bricks, our concrete, our mines and our pollution that we are inadvertently creating hundreds of minerals across the surface of the Earth, aren’t we eking out an entirely new age?

“Though I’m critical of the Anthropocene, humans have impacted the whole surface of the Earth,” Finney says, pausing. “So did plants.”

The expansion of plants across the planet started when they first appeared in the Late Ordovician. They spread extensively in the Devonian, and were preserved as massive beds of coal during the Carboniferous. They altered the sediments, the atmosphere, and the history of the planet, but the world’s chronostratigraphy isn’t defined by how plants greened the Earth. It’s based on a complex stratigraphic record that was eventually formalized by the ICS in the 1960s.

The debate about the Anthropocene isn’t budging anytime soon. The ICS has a working group whose primary task is to gather data—like new minerals, stratigraphic records, and other information—to determine if the term’s inclusion in the stratigraphic record is scientifically justified and useful to the geologic community. The working group had a target date for a decision of last year, but a decision hasn’t been made yet.

In the meantime, we’ve got the vaguely-human origins of 208 minerals to think about to pass the time. Did you know that a mineral called tinnunculite forms when gases from Russian coal mine fires interact with the excrement of the Eurasian kestrel?