Misadventure though it was, the agency's Operation Acoustic Kitty was a visionary idea 50 years ahead of its time. 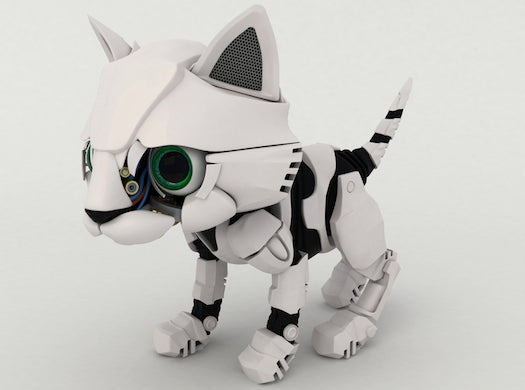 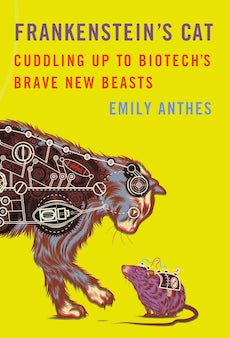 Cuddling Up To Biotech’s Brave New Beasts, by Emily Anthes, is available on Amazon.

In the 1960s, the Central Intelligence Agency recruited an unusual field agent: a cat. In an hour-long procedure, a veterinary surgeon transformed the furry feline into an elite spy, implanting a microphone in her ear canal and a small radio transmitter at the base of her skull, and weaving a thin wire antenna into her long gray-and-white fur. This was Operation Acoustic Kitty, a top-secret plan to turn a cat into a living, walking surveillance machine. The leaders of the project hoped that by training the feline to go sit near foreign officials, they could eavesdrop on private conversations.

The problem was that cats are not especially trainable—they don’t have the same deep-seated desire to please a human master that dogs do—and the agency’s robo-cat didn’t seem terribly interested in national security. For its first official test, CIA staffers drove Acoustic Kitty to the park and tasked it with capturing the conversation of two men sitting on a bench. Instead, the cat wandered into the street, where it was promptly squashed by a taxi. The program was abandoned; as a heavily redacted CIA memo from the time delicately phrased it, “Our final examination of trained cats… convinced us that the program would not lend itself in a practical sense to our highly specialized needs.” (Those specialized needs, one assumes, include a decidedly unflattened feline.)

The CIA’s robo-cat didn’t seem terribly interested in national security.Operation Acoustic Kitty, misadventure though it was, was a visionary idea just 50 years before its time. Today, once again, the U .S. government is looking to animal-machine hybrids to safeguard the country and its citizens. In 2006, for example, DARPA zeroed in on insects, asking the nation’s scientists to submit “innovative proposals to develop technology to create insect-cyborgs.”

It was not your everyday government request, but it was an utterly serious one. For years, the U .S. military has been hoping to develop “micro air vehicles”—ultrasmall flying robots capable of performing surveillance in dangerous territory. Building these machines is not easy. The dynamics of flight change at very small sizes, and the vehicles need to be lightweight enough to fly, yet strong enough to carry cameras and other equipment. Most formidably, they need a source of power, and batteries light enough for microfliers just don’t have enough juice to keep the crafts aloft for very long.

Consider two of the tiny, completely synthetic drones that engineers have managed to create: The Nano Hummingbird, a flying robot modeled after the bird, with a 6.5-inch wingspan, maxes out at an 11-minute flight, while the DelFly Micro, which measures less than 4 inches from wingtip to wingtip, can stay airborne for just 3 minutes.

DARPA officials knew there had to be something better out there. “Proof-of-existence of small-scale flying machines… is abundant in nature in the form of insects,” Amit Lal, a DARPA program manager and Cornell engineer, wrote in a pamphlet the agency issued to the prospective researchers. So far, nature’s creations far outshine our own. Insects are aerodynamic, engineered for flight, and naturally skilled at maneuvering around obstacles. And they can power themselves; a common fly can cruise the skies for hours at a time. So perhaps, DARPA officials realized, the military didn’t need to start from scratch; if they began with live insects, they’d already be halfway to their dream flying machines. All they’d have to do was figure out how to hack into insects’ bodies and control their movements. If scientists could manage to do that, the DARPA pamphlet said, “it might be possible to transform [insects] into predictable devices that can be used for . . . missions requiring unobtrusive entry into areas inaccessible or hostile to humans.”

The same advances that enabled the development of modern wildlife-tracking devices are making it possible to create true animal cyborgs.DARPA’s call essentially launched a grand science fair, one designed to encourage innovation and tap into the competitive spirit of scientists around the country. The agency invited researchers to submit proposals outlining how they’d create steerable insect cyborgs and promised to fund the most promising projects. What the agency wanted was a remote-controlled bug that could be steered to within 5 meters of a target. Ultimately, the insects would also need to carry surveillance equipment, such as microphones, cameras, or gas sensors, and to transmit whatever data they collected back to military officials. The pamphlet outlined one specific application for the robo-bugs—outfitted with chemical sensors, they could be used to detect traces of explosives in remote buildings or caves—and it’s easy to imagine other possible tasks for such cyborgs. Insect drones kitted out with video cameras could reveal whether a building is occupied and whether those inside are civilians or enemy combatants, while those with microphones could record sensitive conversations, becoming bugs that literally bugged you.

As far-fetched and improbable as DARPA’s dream of steerable robo-bugs sounds, a host of recent scientific breakthroughs means it’s likely to be far more successful than Acoustic Kitty was. The same advances that enabled the development of modern wildlife-tracking devices—the simultaneous decrease in size and increase in power of microprocessors, receivers, and batteries—are making it possible to create true animal cyborgs. By implanting these micromachines into animals’ bodies and brains, we can seize control of their movements and behaviors. Genetics provides new options, too, with scientists engineering animals whose nervous systems are easy to manipulate. Together, these and other developments mean that we can make tiny flying cyborgs—and a whole lot more. Engineers, geneticists, and neuroscientists are controlling animal minds in different ways and for different reasons, and their tools and techniques are becoming cheaper and easier for even us nonexperts to use. Before long, we may all be able to hijack animal bodies. The only question is whether we’ll want to.