Could A Volcano Power America?

An ambitious experiment is underway to harness the heat of a volcano in central Oregon. The process is green, efficient... and causes earthquakes. 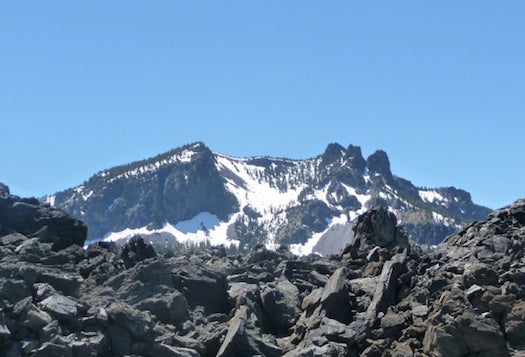 In October, at the Deschutes National Forest in central Oregon, a team of scientists and engineers began pumping 11 million gallons of water underground, right near the caldera of the famed Newberry Volcano. The Northwest weather was a cool 50 degrees most days, about the same temperature as the water the engineers drove, up to 375 gallons a minute, 10,000 feet into the ground. There, deep in the earth’s crust, the temperature reaches more than 600 degrees. That’s what the engineers were pumping for: If everything goes according to plan, a company called AltaRock Energy will suck the super-heated water from underground and use it to spin turbines and juice the area with renewable power.

Over the next two months, the engineers would keep pumping the water, as the weather started to turn. Snow gathered itself up tree trunks and the engineers’ equipment, eventually forcing them to lower ground. All the while, the team listened for rumblings from deep underground. The water pushed against fractures deep in the earth at 2,400 pounds per square inch, more pressure than an alligator’s bite, expanding natural cracks in the rock until a network of watery tunnels formed below ground. Not long after starting, the team picked up the first earthquake, then, over the course of their experiment, picked up 219 more.

With EGS, you create your own hydrothermal reservoirs by pouring water into the hot rock deep underground to create new fractures or deepen existing ones. The result: a man-made, underground boiling pot that can be harnessed for green energy. If replicated—and AltaRock believes it can be replicated pretty much anywhere—the process could generate up to 10 percent of American energy. 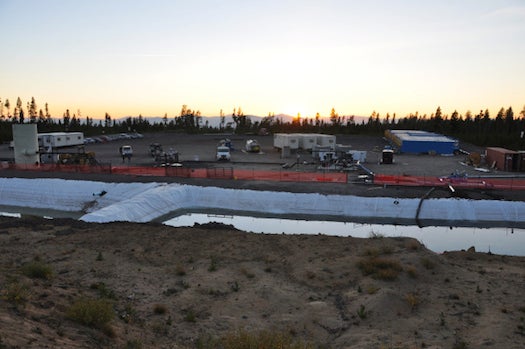 But the technology isn’t cheap. Newberry is expected to cost an estimated $44 million, whereas traditional geothermal projects typically cost between $5 and $20 million. Perhaps more worrisome in the long run are the unknown environmental impacts. EGS is relatively new and untested. And from where the residents of nearby Bend, Oregon are sitting, “more than 200 earthquakes” is a phrase that doesn’t exactly inspire confidence.

Susan Petty founded AltaRock Energy in 2007. A graduate of Princeton and the University of Hawaii who’d already spent time working on geothermal engineering projects, Petty decided that geothermal extraction technology were advanced enough to try something different: “The biggest issue is that we can’t make multiple zones to stimulate [geothermal] in the well… I said, ‘Well, I think I have some ideas on that.'” With a team of scientists and engineers (and both private and public funding in hand), Petty attempted to build an enhanced geothermal energy project at The Geysers, a geothermal hotspot just north of San Francisco. Everything seemed to be going right. The Obama administration even positioned AltaRock as a paragon of American energy independence–a startup U.S. company working toward a brighter, greener future.

AltaRock’s timing was decidedly inauspicious. In December 2006, earthquakes started near an enhanced geothermal project in Basel, Switzerland. Markus O. Häring, a former geologist and oilman who started the geothermal power company Geopower Basel, tried to shut down the operation, but it was too late. Earthquakes rocked the area for a year, doing almost $9 million worth of damage. Häring faced criminal charges for the damage, potentially facing up to five years in prison as prosecutors argued he downplayed the risks (he was later acquitted). He was quoted as saying the people in the area knew the risks, and that the quakes were “a learning process for everyone involved.”

After the quakes, The New York Times ran an article about AltaRock’s project in northern California, saying,

in a report on seismic impact that AltaRock was required to file, the company failed to mention that the Basel program was shut down because of the earthquake it caused. AltaRock claimed it was uncertain that the project had caused the quake, even though Swiss government seismologists and officials on the Basel project agreed that it did. Nor did AltaRock mention the thousands of smaller earthquakes induced by the Basel project that continued for months after it shut down.

Before long, AltaRock was being portrayed as the bad guy—a super-villain out to damage surrounding areas. The Energy Department and the Bureau of Land Management ordered a new review of the safety of The Geysers project. Eventually the project was approved anyway, but, plagued by technical problems, Obama’s paragon of American energy independence decided to head north, to Oregon, instead.

The Newberry project is one of the most ambitious EGS project to date: It is expected to generate 10 or more megawatts of energy when it’s completed roughly two years from now, enough to power thousands of homes on H2O.

Here’s how Petty’s system works: After drilling deep underground, engineers pump water into existing fractures in the earth. Along with the water, engineers pump in a biodegradable polymer. As the water’s pumped, it widens those fractures, and the polymer blocks off outlets for the water as it goes, sending it deeper and deeper into the earth. Eventually, with enough heat, the polymer degrades, and lets the water in to other cracks. A second pump, which hasn’t been built yet for the Newberry project, removes the heated water and sends it through a turbine, which then converts it to power to be sent just about anywhere. It’s a closed-loop system: 11 million gallons of water gets pumped into fractures, the water heats up, then it shoots through the turbines, before getting pumped back into the fractures.

The process is called “hydroshearing,” and if you know anything about harvesting energy, you know that it sounds eerily reminiscent of hydraulic fracturing, or “fracking.” Fracking is the controversial practice of dumping chemical cocktails and water underground to fracture rocks and release petroleum or natural gas. AltaRock simultaneously acknowledges those similarities while staying an arm’s length from them. (Petty acknowledges insists her technique does not use chemicals or the sort of pressure that mangles rocks and pollutes surrounding areas.)

Shortly after AltaRock started work on the project, the company fended off some media reports with a post titled “Clarifications to recent headlines,” which included “Energy Company Plans to Frack a Volcano” and “Is Disturbing A Sleeping Volcano To Get ‘Clean’ Energy Safe?”

As is typical of many media outlets, the headlines are designed to be provocative and grab your attention. If you read or listen to these stories, you will find that the authors have no evidence to support any claim that our project is unsafe.

Trenton Cladouhos, AltaRock’s Senior Vice President of Research and Development, handles the geology side of the Newberry project. The largest earthquake picked up during testing (“and it was only one”) was a magnitude 2.4 quake, he says. Most of the rest were under a magnitude one. That could qualify as a “felt” earthquake, but Petty says that measurement only indicates the scale of the quake deep underground, where it’s muffled by layers of earth, shaking well below the public. Still, AltaRock created a contingency plan in case of earthquakes that were felt, up to and including shutting down the entire system.

Could the process be 100-percent guaranteed safe? “There’s never guarantees in any kind of geothermal situation,” Petty says, while insisting that the safety risks are so low, they amount to more of a rounding error than a serious threat. As for the Basel incident, she says that’s something else entirely: “What they were doing was more like oil and gas.” The water pressure of the Basel project, she says, was higher than AltaRock’s.

EGS Resources In The United States

“There’s not a lot of cases to look at in terms of enhanced geothermal engineering systems,” says David Oppenheimer, a scientist at the U.S. Geological Survey. But the process might have been “misrepresented” as more dangerous than it is. It’s not just enhanced geothermal engineering projects, after all, that have been linked with earthquakes. At the Geysers, the USGS has been monitoring earthquakes since 1975, and all of them are induced by people. Those earthquakes have been rattling the earth since the 1960s, including the largest, a quake clocking in just under a 4.5 magnitude.

Barring another Basel incident, EGS projects like Petty’s could flourish in coming years. There’s a considerable amount of weight on AltaRock’s shoulders to make that happen. No commercial-level EGS plants exist right now. If AltaRock’s experiment works out, that could change.

It’s still hard to really think of AltaRock–and EGS in general–as a renewable energy source in the vein of wind or solar, though. In many ways it sounds closer to nuclear power, a source with small, accepted risks and hazards that’s nonetheless implemented because of outsize demand. Or, it could be something else entirely.