Cyborg Cockroaches: How They Work

A tiny backpack turns a pest into a rescue robot 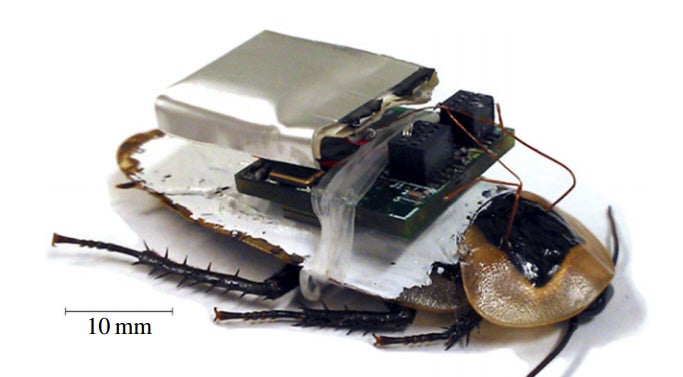 Disasters can bury survivors in unstable rubble. Finding those victims may one day fall to small robots–but living insects enhanced with electronic parts could do the same job sooner. In 2012, researchers at North Carolina State University steered Madagascar hissing cockroaches by attaching electrodes to their antennae. Now, the scientists are developing tiny roach backpacks to pick up sound. “We’re trying to build a sensor network using insects,” says engineer Alper Bozkurt. “The aim is to detect calls for help.” The six-legged cyborgs will soon be tested at mock disaster sites. 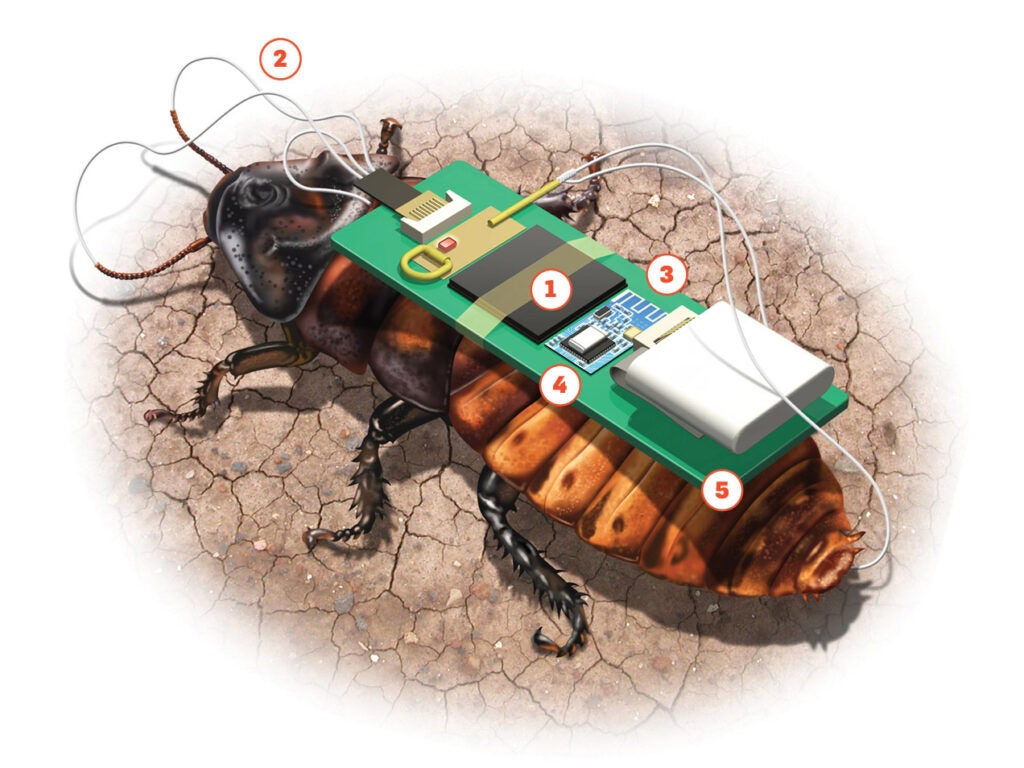 Researchers glue a 3D-printed mount onto the insect’s back. This base connects the insect’s body to a second block that holds the electronic components–including a printed circuit board that acts as a microcontroller.

Tiny electrodes inserted and glued into the antennae stimulate the neurons that guide motor function. By zapping those neurons, researchers can control the cyborg’s movements: Zap the right antenna and the bug goes left; zap the left and it goes right.

3. Radio A two-way radio and a chip antenna communicate data about the environment, location, and nearby sounds. Computer algorithms can use this information to coordinate multiple cyborg roaches for search-and-rescue missions.

Single or tri-directional microphones attached to the backpack capture sound and determine its direction. Algo­rithms analyze the sound to judge whether it likely came from humans. If so, the roach is de­ployed to further investigate.

A three-volt lithium-polymer battery, weighing just half a gram, powers the backpack. It can be disconnected for recharging; alternatively, a small solar panel can fit over the backpack and refuel a drained battery in less than two hours.