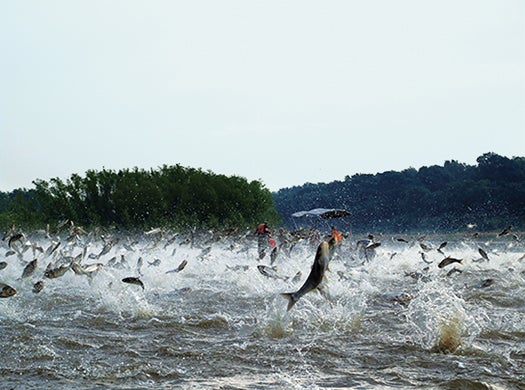 In the 1970s, fish farmers in the southern U.S. imported Asian carp to clean up scum in their catfish ponds. But in the years that followed, the fish escaped into the Mississippi River and quickly spread. Since then, they’ve moved into 23 states, outeating and outpopulating native species. 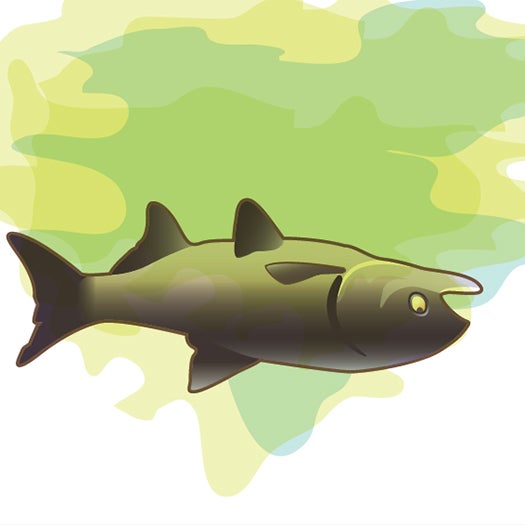 The United States Geological Survey (USGS) is developing poisonous microparticles designed to kill Asian carp exclusively. The idea is to put the poison in a package that only these carp can digest thoroughly enough to absorb a lethal dose. Researchers examined Mississippi River basin fish and found that Asian carp have more of the digestive enzyme trypsin. So they mixed a poison with compounds that only trypsin can break down. This spring, they plan to test the particles on Asian carp in the lab. 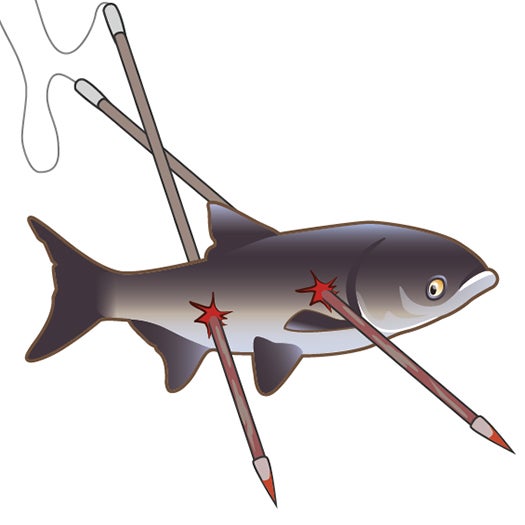 Silver carp, a type of Asian carp, can leap 10 feet out of water. They have been known to land in passing boats, breaking the bones of people onboard. During the summer, several charter-boat companies on the Illinois River offer “extreme aerial bowfishing”: a chance to blindly shoot the jumping fish with bows and arrows. 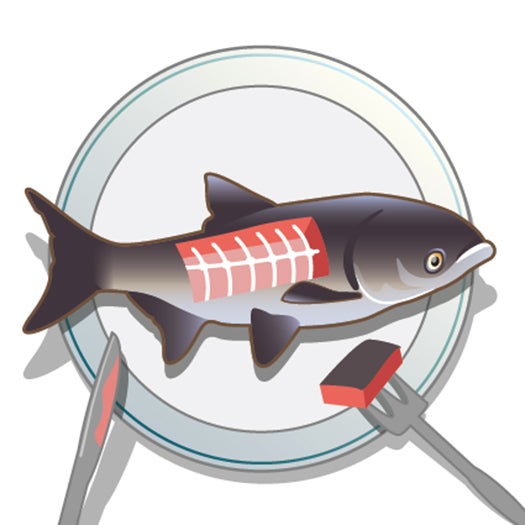 The Asian carp’s anatomy makes it especially difficult to debone, but at least one Chicago restaurant has featured wild-caught Asian carp (which tastes similar to tilapia) on its menu. Its flaky, white meat is low in fat and mercury but high in nutritious omega-3 fatty acids. Fillets of the fish cost up to $15 a pound. 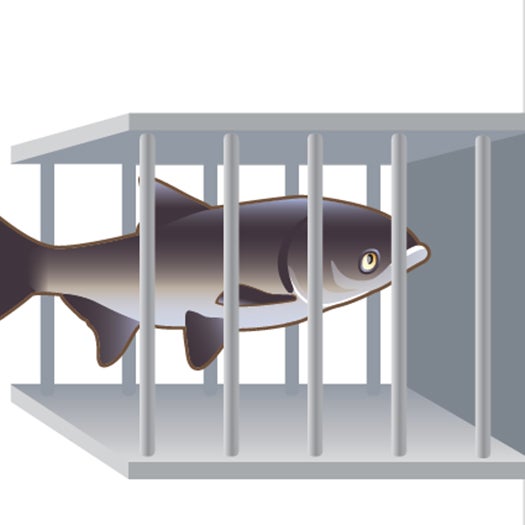 Biologists at the USGS are developing tasty baits to lure Asian carp to locations where they could be easily captured en masse. So far, tests using common products from health food stores have been successful in the lab, and researchers are gearing up to try their carp-attracting “spirulina smoothie” in Missouri this spring. 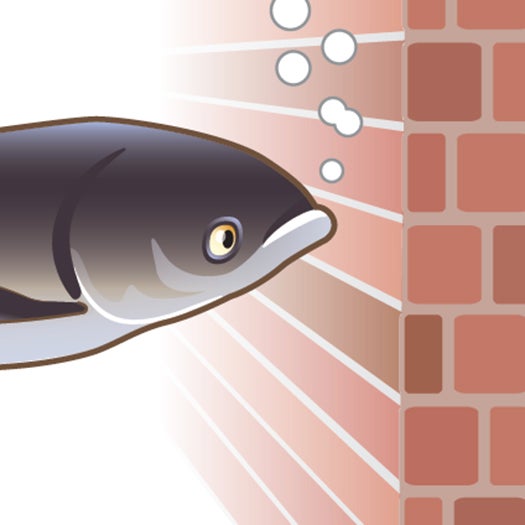 In 2002, the U.S. Army Corps of Engineers installed the first of three electric fences in the Chicago Sanitary and Ship Canal to stop Asian carp from entering the Great Lakes from the Mississippi River basin. But power issues have knocked the $30-million fences offline several times, and in 2009, researchers found evidence of Asian carp DNA in waters beyond the barrier. The Corps is currently researching other ways to keep the fish out, such as physically separating the canal using a huge mound of soil.