"Meat-eating," not "man-eating." Still cool though. 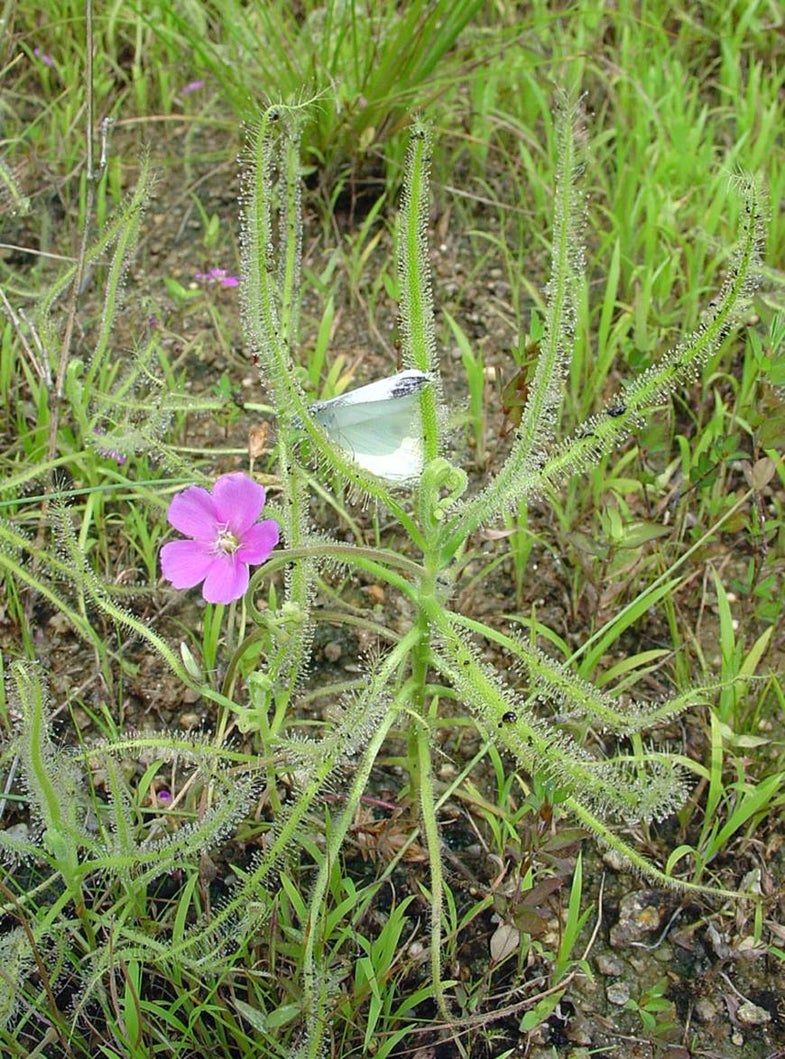 According to Japan Times, a new species of carnivorous plant has been found in Aichi Prefecture, on the central-southern coast of Japan’s main island. The Japan Times calls it a “pitcher plant,” which it is not; as a species related to (and mistaken for) Drosera indica, it’s actually a sundew.

Sundews and pitcher plants are both carnivorous, and largely insectivorous, but they’re very different otherwise. Pitcher plants have a large, cup-shaped flower with a slippery rim that unsuspecting prey falls into, where it is digested. Sundews, on the other hand, have tentacles, looking like very small spines topped with a clear drop of dew, hence the name. It isn’t dew, of course; it’s a sort of sticky mucous that traps insects, where they die of exhaustion, dehydration, starvation, or suffocation, to be digested by the enzymes within the mucous.

I’ve not been able to find any other mention of this new species, but Japan Times says that a “professor of plant classification” at Aichi University of Education, Mikio Watanabe, is behind the discovery. Aichi University lists Watanabe as a member of the natural sciences team. Japan Times says that Watanabe conducted genetic analysis–no mention of what kind–and found that the plant looks similar to the common Drosera indica species of sundew but is in fact a different species. Maybe not as cool as a new dinosaur, but it did survive to the present day, so, take that, dead dinosaur.