This month, Russian scientists will nearly reach the waters of Lake Vostok, which have been sealed more than two miles... 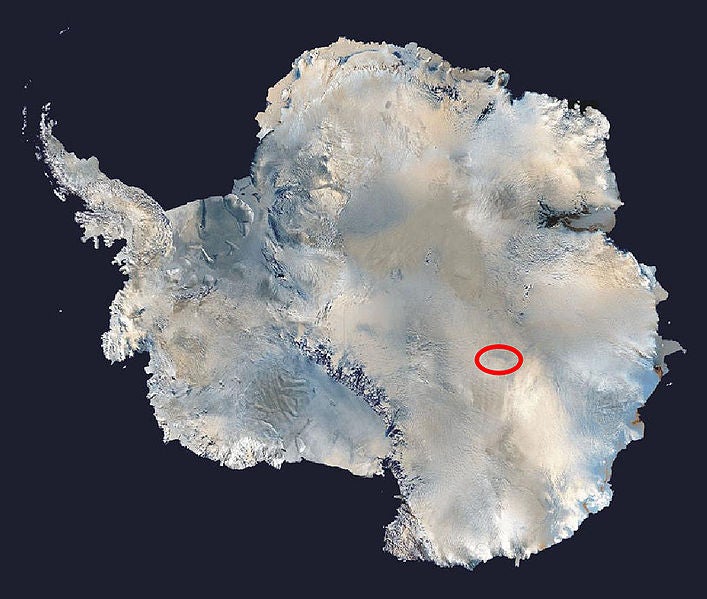 The location of Lake Vostok within Antarctica. NASA
SHARE

This month, Russian scientists will nearly reach the waters of Lake Vostok, which have been sealed more than two miles under Antarctica’s surface for at least 15 million years. If all goes well, the drill will never touch the fragile ecosystem.

Instead, pressurized lake water will burst through the last few feet of ice and freeze in the borehole. The scientists will return next winter (Antarctica’s summer) to test the frozen lake water for signs of life. In a few years, a team from the U.K. will drill down to another subglacial ecosystem, Lake Ellsworth, by applying a jet of hot water drawn and recirculated from the melting ice. The Europa Jupiter System Mission team will be watching closely. They plan to send a lander to drill into the moon Europa’s ice-enclosed oceans to look for life.