Video: Single-Celled Creatures As Big As Your Fist Found in Mariana Trench

In recent decades, deep sea researchers have upended our notions of what can survive at some of the deepest submerged... 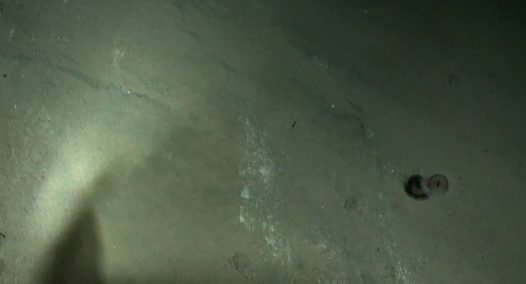 In recent decades, deep sea researchers have upended our notions of what can survive at some of the deepest submerged places on Earth, revealing that a panoply of life thrives around seafloor vents and elsewhere in the depths. So we probably shouldn’t be surprised that researchers from Scripps Institution of Oceanography at UC San Diego have found giant amoebas living at unprecedented depths in the far reaches of the Mariana Trench. What is surprising is that these single-celled organisms are four inches across.

Xenophyophores are single-celled animals that live exclusively in deep-sea habitats, but they’ve never been seen in areas this deep before–some 6.6 miles beneath the surface in an area known as the Sirena Deep of the Mariana Trench (which is the deepest region on the planet). The previous depth record for xenophyophores was 4.7 miles.

The researchers found the xenophyophores after deploying untethered free-falling/ascending landers into the Sirena Deep. These landers are basically thick-walled glass spheres capable of sustaining eight tons per square inch of pressure. That tells you something about what the conditions are like down there. The fact that there’s a single-celled organism that often measures more than four inches across–that’s four inches per cell–is pretty remarkable.

What’s more, xenophyophores are known to be hosts for a variety of other life forms. That is, where xenophyophores collect there usually turns out to be a pretty diverse ecosystem thriving alongside them. Knowing that, it’s probably unsurprising then that the Scripps team helped yet another species log a new record while its submersibles where down in the Sirena Deep. The dropcams also spied the deepest jellyfish observed to date living down there among the xenophyophores. The more we poke around in one of the harshest environments on the planet, the more we find that it’s a really busy place.