You never know exactly what you’ll find when you go churning up muck, but apparently odds are pretty good you’ll... 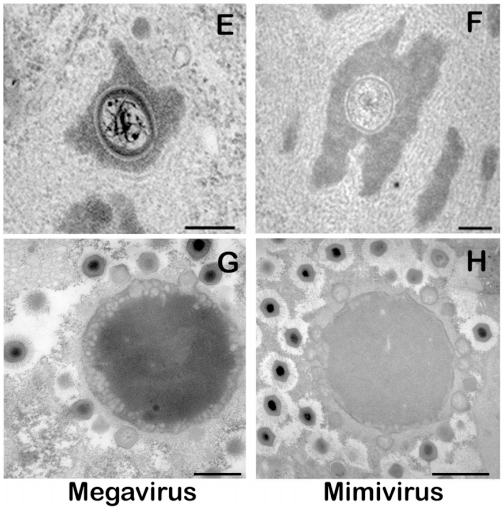 You never know exactly what you’ll find when you go churning up muck, but apparently odds are pretty good you’ll find some viruses. The other day we heard how raw sewage is a hotbed of unknown viruses; now a French team has found the largest virus ever, living in the sea off the coast of Chile.

Named Megavirus chilensis, it barely beats the previous record-holder, Mimivirus, as the world’s most giant virus. It’s a linear double-stranded DNA molecule with 1,259,197 base pairs — by far the biggest viral genome ever discovered. Its complex genome gives it some abilities, like protein translation, that overlap with simple cellular organisms like parasitic bacteria, according to the researchers who found it. Viruses aren’t cellular organisms; they need to invade other cells and hijack their machinery to produce new versions of themselves.

It is so large that it can be seen with a regular light microscope rather than an electron microscope, as Jean-Michel Claverie of Aix-Marseille University in Marseille, France, told the BBC.

It has several DNA-repair enzymes, which allow it to correct damage due to ultraviolet light, radiation or chemicals, Claverie and colleagues say. Its cell-like genes may be a holdover from an ancestor it shares with Mimivirus, which may have gotten its genes from a cell.

Megavirus turned up in an exploration trawl off the coast of Las Cruces in central Chile. Mimivirus was isolated from a water cooling tower in the UK in 1992, BBC says.

Anyone with an interest in its phylogeny can check out the genome browser, available here. The paper is published in the online edition of the Proceedings of the National Academy of Sciences.