Google Earth Goes Under the Sea

View Photo Gallery Google Earth broke new ground (new water?) when they took the world of virtual-earth-exploring into the oceans.... 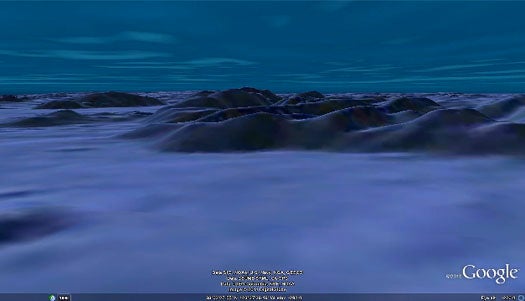 Google Earth broke new ground (new water?) when they took the world of virtual-earth-exploring into the oceans. Of course, the oceans are kind of big. They fill up nearly three-quarters of the earth’s surface area, and most of that area hasn’t been mapped out. But now you can tour roughly half of the known area without pulling on any SCUBA gear, thanks to Google’s new underwater terrain explorer.

Seeing the sea floor is just the beginning of the fun. Along the way, Google Earth points out eruptions, sea animals and other scientific points of interest from Hawaii to New York, all in nicely clear high resolution. (You can take a virtual tour through some highlights if the entire ocean world seems overwhelming.) This imagery represents nearly two decades of collected data from research ships that travelled about three million nautical miles and a partnership with scientists at Columbia University’s Lamont-Doherty Earth Observatory.

It’s a pretty amazing tool–finally, there’s a reason to venture off the green-brown mass on which we live and venture beneath the blue. At least on Google Maps. We’d understand if you wanted to sit inside today and enjoy your air conditioning.Click here for a glimpse of the underwater experience. 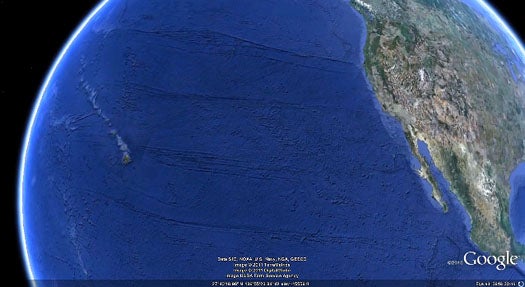 While large parts of the undersea terrain remain a delightful mystery for scientists, armchair deep-sea divers can now use Google Earth to explore an area slightly larger than North America. Oceans cover more than 71 percent of the earth. 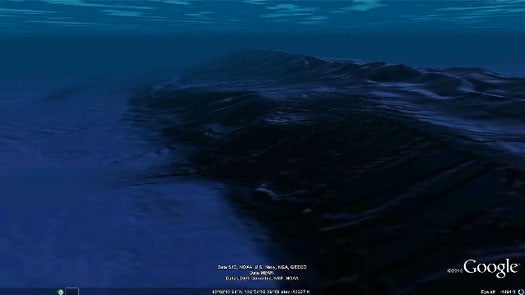 The seafloor highlight tour plunges the viewer into the sea from the sky. Disappointingly, there’s no huge splash, but that doesn’t diminish from giving you the feeling that you’re swimming above ocean terrain. 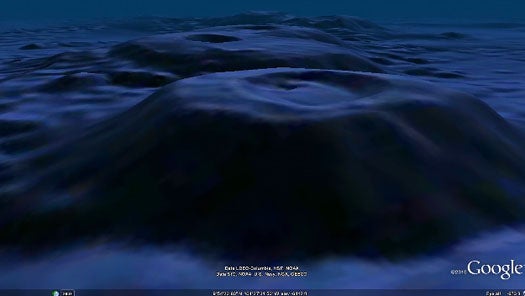 Google Earth provides more than a fly-by look at the undersea mountains and trenches. Viewers can zoom in on the geographical features, visiting the well-known Marianas Trench or touring the Pacific Ocean’s rocky floor. 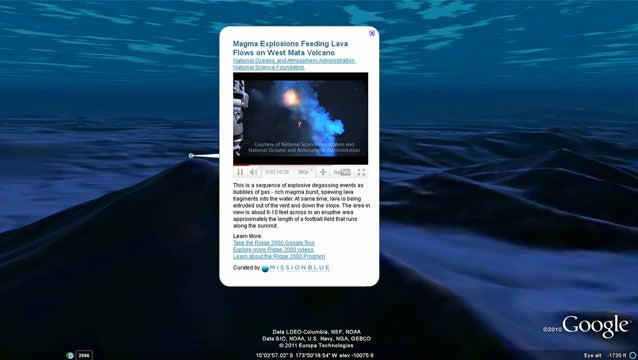