Cyborg Insects Could be Powered by the Bugs’ Own Digestion 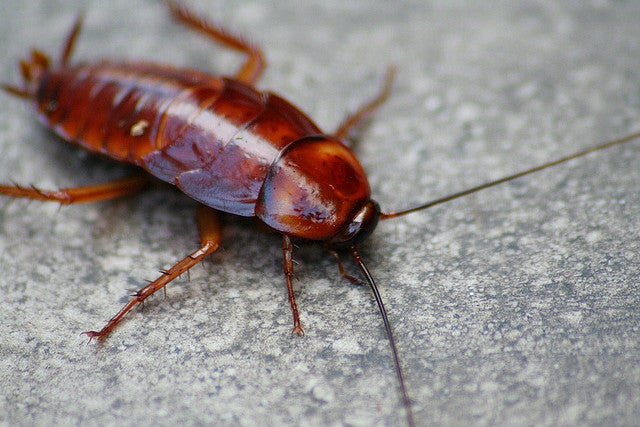 Our enthusiasm here for cyborg insects keeps us firmly plugged in to the cyborg-insect-sphere such that we’ve been able to bring you up-to-date coverage of such innovations as the nuclear powered cyborg insect and the cyborg insect powered by harnessing the kinetic energy generated by the insect’s own wings. But today’s dispatch from the cyborg insect desk might just top all of our previous coverage: Researchers at Case Western Reserve University have created a biofuel cell that can power electronics embedded in an insect from the insect’s own natural digestion.

In other words, where previous developments were largely robotic augmentations heaped upon a cockroach or beetle, this latest innovation is some real cyborg business that mashes up the bug’s biology with implanted electro-mechanical hardware to make the cyborg bugs little self-sufficient, living robotic platforms. That’s pretty cool no matter how you slice it.

To convert the bugs’ own chemical energy into electrons that the implanted systems can actually use, the team tapped a couple of enzymes placed in series to create an anode. Enzyme number one breaks down the disaccharide trehalose–a sugar that cockroaches produce in a steady stream from their natural digestion–into a couple of simpler monosaccharides that are broken down by the second enzyme, releasing electrons in the process. Those electrons are drawn to a cathode, and just like that a battery is born.

The team has already inserted its prototype power plants in the abdomens of female cockroaches, which suffered no lasting damage from the augmentation. The next step is to make the whole setup smaller so it can be implanted completely so the bugs can move and fly naturally. The idea here, at least initially, is to eventually develop a transmitter that can run on the tiny bio-battery and beam signals back from, say, the site of a nuclear or chemical disaster where it might be dangerous to send humans.

That could be a challenge. These bio-batteries are giving off pretty small amounts of energy, and adding lots of additional hardware (like a rechargeable battery that could top up from the bio-battery’s charge) limits the range and ability of the bug itself. But if researchers can manage to keep the additional load on the bug to a minimum and continue to keep finding clever ways to let the bug’s biology–rather than additional augmentations–do the bulk of the work, we could soon have armies of sensor-laden insect cyborgs ready to take on environmental disasters, infrastructure monitoring operations, and even dangerous military reconnaissance missions.