Earth could be entering a new Ice Age within the next millennium, but it might not, the deep freeze averted... 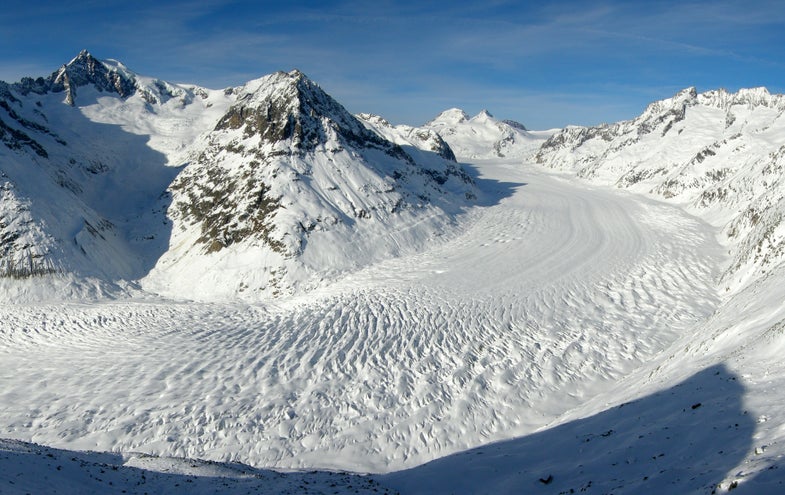 Earth could be entering a new Ice Age within the next millennium, but it might not, the deep freeze averted by warming from increased carbon dioxide emissions. Humans could be thwarting the next glacial inception, a new study says.

Even in the comparatively long time scales of Earth history, we’re kind of overdue for another ice age — our current Holocene era has lasted about 11,600 years, roughly 600 years longer than the average interglacial (between-ice-age) periods of the past. If atmospheric CO2 levels were lower, the next ice age might have started sometime within the next 1,000 years, according to researchers from University College London and Cambridge University.

Their conclusion is based in part on abrupt temperature changes in the overall temperature contrast between Greenland and Antarctica, according to a Cambridge news release. The North Atlantic would cool rapidly while Antarctica warms, fluctuations that would only happen if expanding ice sheets were calving icebergs huge enough to impact ocean circulation. These temperature see-saws can therefore be used to pinpoint the activation of a new ice age, a “glacial inception.”

Chronis Tzedakis from UC London and colleagues examined our present conditions, including temperature averages and solar radiation strength, and found a close analogue to the present, an era called Marine Isotope Stage 19, or about 780,000 years ago. The eras have a similar astronomical configuration and climate, although their CO2 trajectories are pretty different (ours is on the rise).

A phenomenon called insolation was a key factor here. Insolation is the seasonal and latitudinal distribution of solar radiation, which changes a tiny bit over tens of thousands of years due to tiny variations in Earth’s orbit around the sun. These little differences are one of the factors that can help trigger a cooling event, cascading toward an ice age. The insolation minimum in the MIS19 era was similar to our own, so it’s a valid analogy, the researchers say.

The team applied their glacial inception fingerprinting method to MIS19, looking at ice core samples, plankton remains and debris that would have floated on the encroaching ice, and determined at what point the glacial inception would have started. Then they compared that time frame to the Holocene time frame.

“Taking the [current era] to MIS19c analogy to its logical conclusion implies that the current interglacial would be nearing its end,” the researchers write. If, that is, atmospheric CO2 levels were comparable to the MIS19 era. Which they aren’t. This shows that while insolation is an important ingredient, apparently it’s not as potent an ice age determinant as CO2.

“The current insolation forcing and lack of new ice growth mean that orbital-scale variability will not be moderating the effects of anthropogenically induced global warming,” the authors conclude.

The paper is published in the early online version of Nature Geoscience.