In a paper published today in the journal Nature, astronomers from Yale and Harvard universities have found evidence for a... 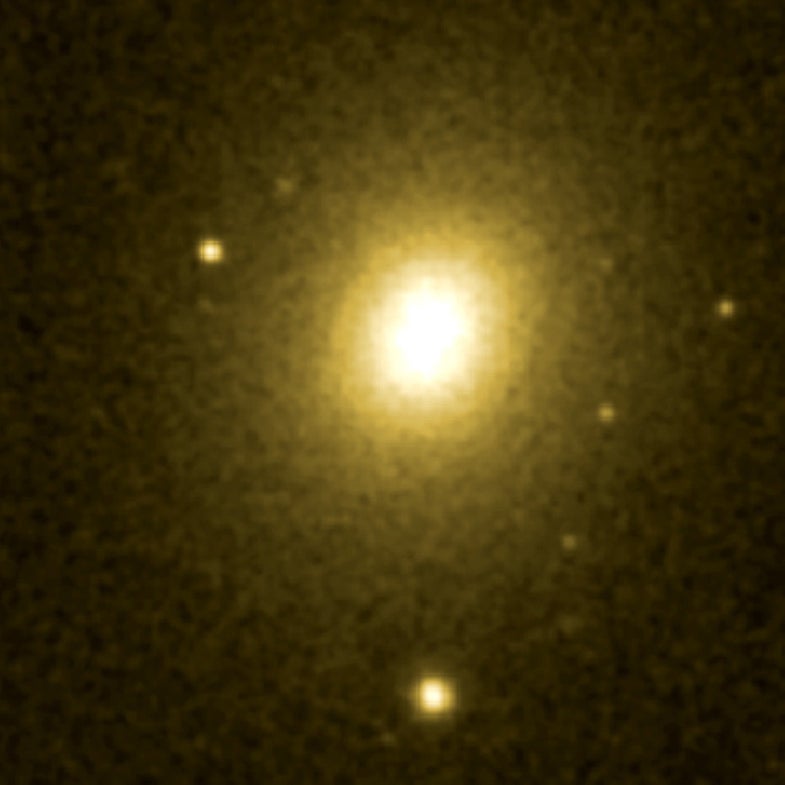 An image from the Palomar Observatory Digital Sky Survey of NGC 4261. via chandra.harvard.edu
SHARE

In a paper published today in the journal Nature, astronomers from Yale and Harvard universities have found evidence for a bunch of small red dwarf stars in eight nearby galaxies. The result affects astronomers’ pictures of how stars form, how galaxies evolve, and perhaps even how much dark matter is out there. 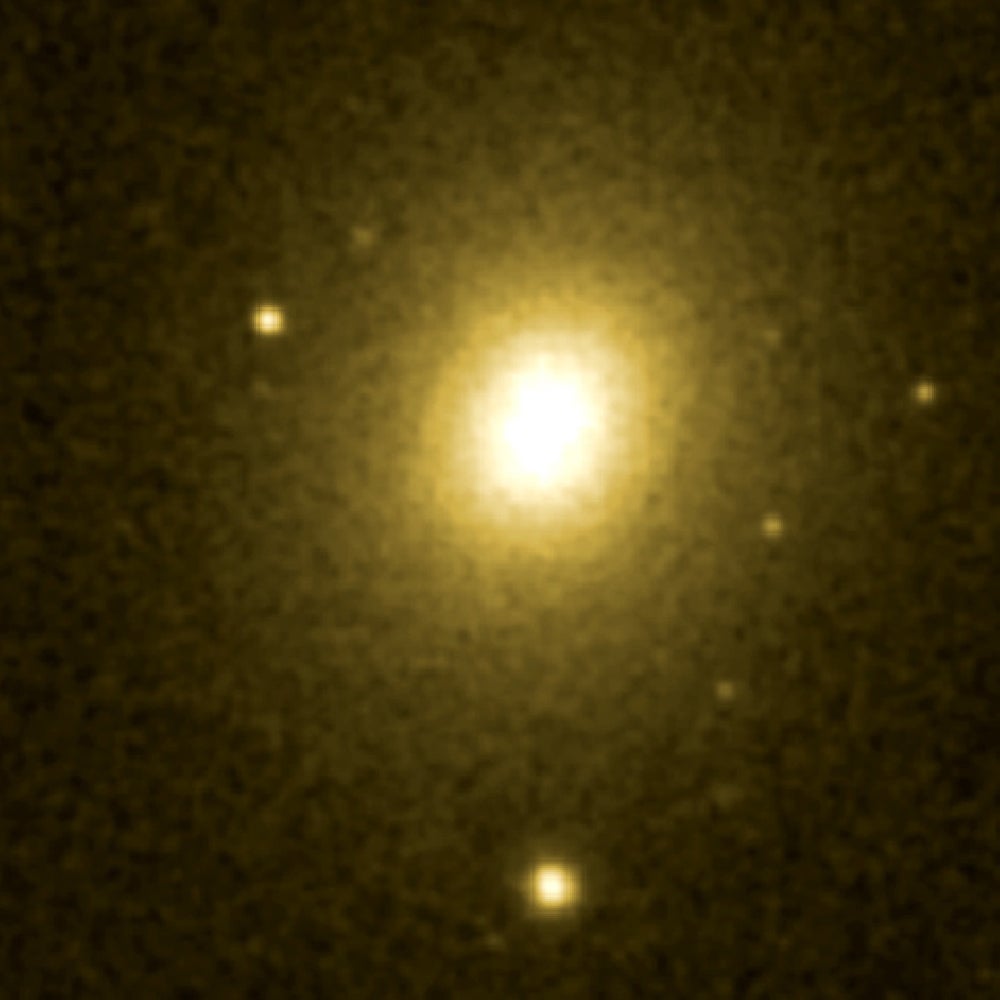 Red dwarfs are stars like the sun, but smaller, fainter and cooler, with somewhere between one-half and one-tenth the sun’s mass. They may be small, but they are legion—astronomers estimate that red dwarfs outnumber sun-like stars in the Milky Way by a factor of 100.

Until today’s result, astronomers had been forced to assume that the 100-to-1 ratio held in other galaxies, too. But evidence has been mounting recently that elliptical galaxies—which lack the distinctive spiral arms of galaxies like the Milky Way and are usually made of older, redder stars—had more stars relative to their dark matter than spiral galaxies do.

“Within these galaxies, a good chunk of the mass that had been ascribed to dark matter is probably stars,” said Pieter van Dokkum, the lead researcher on the project.

In two papers published earlier this year, Tommaso Treu at the University of California, Santa Barbara used gravitational lensing to carefully measure how mass is distributed in 60 elliptical galaxies. He figured that some mass was missing, but that it wasn’t dark matter. Treu knew the mass was something star-like because it was distributed like the visible stars. It could be low-mass stars, or neutron stars, or even black holes. And van Dokkum set out to find out which it was.

Using a low-resolution spectrograph, which splits a galaxy’s light into its component colors, on the Keck 1 telescope in Hawaii, van Dokkum looked at eight big and bright elliptical galaxies. Seeing red dwarfs was hard—even though they far outnumber brighter stars, their collective light is still very dim. Van Dokkum and his partner, Charlie Conroy at Harvard University, looked at particular wavelengths in the near infrared, just a little longer than what the human eye can see. They were looking for signatures of sodium and iron, signatures that would tell them how many low-mass stars were contributing to the galaxy’s light.

They found that their massive elliptical galaxies probably have ten times as many low-mass stars as the Milky Way. In other words, that 100-to-1 dwarf-to-sun ratio is probably more like 1000-to-1 in big ellipticals. But there’s still plenty of dark matter, too, according to van Dokkum. In fact, the new stars probably won’t change the accounting of dark matter very much.

The next step is to see whether the excess of low-mass stars exists in lower mass galaxies, too. Van Dokkum and Treu both expect the effect to be less pronounced there. “We could see a trend within our own sample,” said Treu. “More massive systems seem to have more of this ‘unseen’ stellar component than the lower mass objects.” Van Dokkum will be at Keck this weekend, looking at smaller ellipticals and trying to find out.

If the result holds, it means that astronomers will need to be more careful when they calculate the number of stars in elliptical galaxies. “It’s mostly a big headache for everybody, this result,” said van Dokkum. “But the universe doesn’t care what we hope, of course.”