A new study explores the surprising cognitive effects of contraception 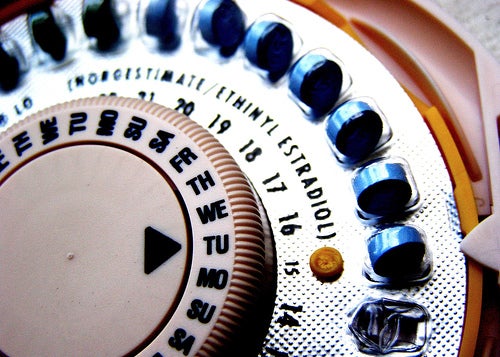 You aren’t yourself anymore. It’s a familiar complaint heard by women who have recently gone on birth control pills. Now studies are providing evidence for what many of those women, and the men who love them, have long known intuitively: the pill can alter the female brain, making a woman act like a different person.

The pill turned 50 this year, and it has gone through many iterations since the Food and Drug Administration gave the pharmaceutical company G.D. Searle a green light to market the first oral contraceptive on June 23, 1960. Drug companies continually roll out contraceptives containing lower doses of hormones and entailing fewer side effects. But women who have gone on hormones can point to the effects that have stubbornly endured: moodiness, depression, decreased libido. (This last one makes some birth control pills perversely effective. Not only do they protect you from pregnancy if you do have sex, they also zap your desire to have sex in the first place — and turn you into an unstable mess, which may in turn zap your partner’s interest in sex.) But believe it or not, we still know very little about the consequences of taking daily hormones on a woman’s brain.

That is changing, say Craig H. Kinsley and Elizabeth A. Meyer in Scientific American. They point to a recent study in the journal Brain Research comparing the brains of women on birth control pills with brains of other women and men. When the study’s authors examined high-resolution images of participants’ brains, they found the women on hormones showed more matter in some areas of the brain, including the prefrontal cortex, which is associated with cognitive activities like decision-making.

The Brain Research study prompted breathless news reports suggesting that the pill makes you smarter. But Kinsley and Meyer point out that the brain works like a “neural beehive,” and disturbing one part of the hive could impact the other. The fact that one brain region becomes larger than the next does not mean a woman on hormones is more intelligent or effective. It is also possible that her brain is going haywire. (Kinsley and Meyer actually use the word “catawampus.”)

That may be why in some situations estrogen has been shown to impair performance in rats. Other studies have suggested that the pill may change a woman’s preferences to the point of affecting her taste in men.

They compare the pill to steroids, which are known to cause increased aggression in men. Could the stints of hyper-masculine behavior known as “‘roid rage” have their equivalent in women? Hopefully future studies will shed light on what many couples know to be intuitively true.