Controversial Ideas: Does Semen Act As an Antidepressant to the Recipient? 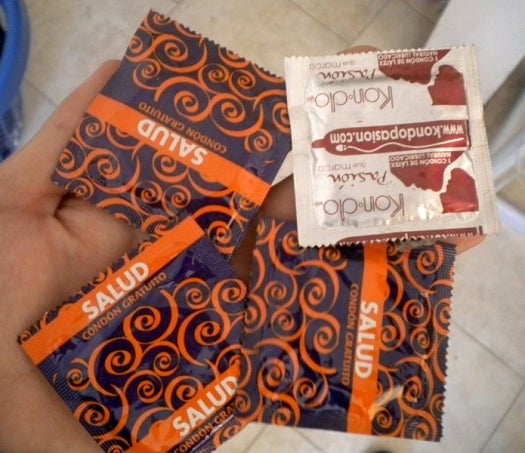 Back in 2002, psychologists at the State University of New York at Albany published a study in the Archives of Sexual Behavior looking at the potential role of semen in alleviating depression in women. The researchers presented evidence supporting an earlier hypothesis that the hormones in semen have a mood-boosting effect on women.

For any woman who has had sex — and enjoyed it — this may not come as a huge surprise.

Cut to this past February. Lazar Greenfield, the incoming president of the American College of Surgeons (ACS), wrote a short Valentine’s Day-themed editorial about mating in Surgery News. In it, he discussed the sex lives of fruit flies, rotifers and humans. He cited the SUNY Albany study before concluding: “So there’s a deeper bond between men and women than St. Valentine would have suspected, and now we know there’s a better gift for that day than chocolates.” That gift, of course, being semen.

Greenfield’s editorial sparked a controversy among ACS members, many of whom felt it was blatantly sexist. In response to the flap, Greenfield — a highly respected retired professor at the University of Michigan with a reputation for supporting women in surgery — apologized and stepped down from his post as editor of Surgery News; two weeks ago, as the controversy continued, he also resigned from his position at the College. In an interview with the Detroit Free Press Greenfield said, “The editorial was a review of what I thought was some fascinating new findings related to semen, and the way in which nature is trying to promote a stronger bond between men and women.”

Setting aside the unfortunate politics of this story, I decided to look into the science behind “Semengate” for my first Sex Files column. Could the stuff in semen actually be nature’s own antidepressant?

In the 2002 study, 293 college women filled out questionnaires about their sexual histories and took the Beck Depression Inventory (BDI), a widely used measure of depression symptoms. Women who always had unprotected sex had significantly lower levels of depression symptoms than those who usually or always used condoms, as well as those who abstained from sex. There was no significant difference in depression between condom users and abstainers, indicating that the physical act of sex itself wasn’t the mood-boosting factor.

Late last week I asked Gordon Gallup, Jr., an evolutionary psychologist at SUNY Albany and lead author of the study, about the results. “Seminal plasma evolved to control and manipulate the female reproductive system so as to work toward the best interests of the donor — the male,” Gallup explains. “If you begin to think about semen in those terms, then the fact that semen might have antidepressant properties becomes a lot more interesting in that it may promote bonding between the female and her sexual partner.” Such bonding, Gallup says, could increase the male’s chances of developing a long-term reproductive relationship with a female that would work to his reproductive advantage.

Semen is a complex mixture of different compounds, and sperm actually only makes up a small amount of it. When you remove the sperm, what’s left is seminal plasma, a fluid that contains an array of ingredients, some of which can pass through the vagina and be detected in the bloodstream after sex. Three compounds of interest in seminal plasma are estrogen, prostaglandins and oxytocin. Estrogen and prostaglandins have been linked to lower levels of depression, while oxytocin (which women release during birth, breastfeeding and orgasm) promotes social bonding. These and other compounds in semen could function to keep women coming back for more. “I think there’s reason to believe based on some of the evidence we’ve collected that females that are in committed relationships that are having unprotected sex may use sex in part to self-medicate,” Gallup says. “It’s discovered after the fact that being inseminated has effects on mood, and they use sex to modulate their mood.”

There’s also evidence, he says, that women may actually go through semen withdrawal. In an unpublished study he conducted a few years ago, women in committed relationships who were having unprotected sex and were exposed to semen were “far more devastated and adversely affected [after a breakup] than those that were using condoms.” He also found a risk of a rebound effect, where women who were not using condoms had sex with a new partner after a breakup within a couple of weeks versus several months for those who had used condoms. “I don’t think the evidence is conclusive, but it’s certainly very suggestive that it’s a response, in effect, to semen withdrawal,” Gallup says.

But couldn’t there just be fundamental differences between women who have unprotected sex and women who use condoms? That’s the question most often posed by skeptics of Gallup’s work, he says. “What we’ve discovered is that if you look at depression scores on the Beck Depression Inventory as a function of the amount of time that has elapsed since the respondents’ last sexual encounter, it turns out that those that are using condoms show no effect of time since sex. Their depression scores are independent of whether they’ve had sex recently or not. For those that are being exposed to semen, BDI scores increase as the time since sexual encounter increases. This implies that the difference between those that are using condoms and those that are not is not an enduring fundamental trait difference. Rather, it’s a state difference that’s induced by semen.”

Next up, Gallup would like to study how a man’s mental state affects his semen. Researchers studying artificial insemination have found that the makeup of seminal fluid changes depending on what the donor was doing when he provided the sample. “If they’re using their imagination to achieve the necessary sexual arousal to ejaculate, Gallup says, “the sample is not nearly as potent than if they’re watching explicit video pornography.” (Cue the tapes!)

For what it’s worth, I asked Gallup what he thought about Semengate. “I think it’s a tragic overreaction,” he says. “The point at which we begin to let a political agenda dictate what science is all about is the point when science ceases to be a viable enterprise.” Considering how fascinating this research is — and whether or not it offends our sensibilities — I have to agree.