At the University of Montreal, researchers have found a drug that seems able to decrease a person’s recall of a... 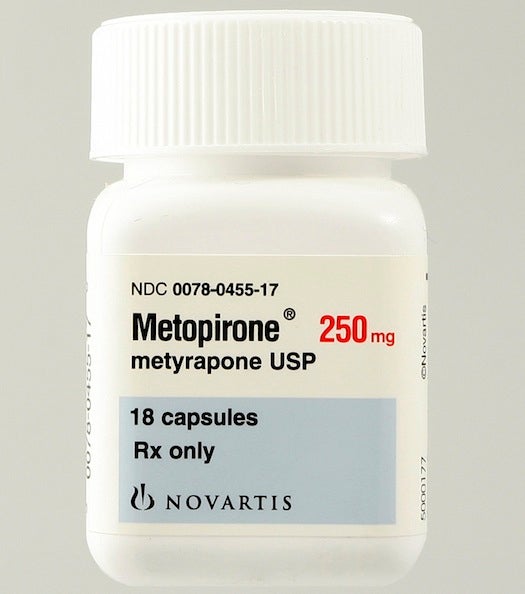 At the University of Montreal, researchers have found a drug that seems able to decrease a person’s recall of a bad memory. It’s not exactly Eternal Sunshine of the Spotless Mind, but it’s a pretty remarkable step down the road to active memory modification. And it worked out so well in the movie, right? I haven’t watched the whole thing but it really did seem like Jim Carrey was going to be happy with his new memories.

The drug is actually not a new creation: Metyrapone is often used to diagnose adrenal insufficiency, but these researchers found that its effect on stress hormones might be its most useful attribute. Metyrapone decreases the levels of cortisol, which is a steroid hormone produced by the adrenal gland in response to stress. These early trials suggest that by messing around with the levels of cortisol in a person’s body at the time of a stressful event, memories of that event might be impaired–possibly permanently. It’s a very different technique than the neurological manipulations we explored a few years back. There is a sort of reverse of this process that’s used to increase memory–at least, in elderly mice.

The researchers conducted a trial in which men were given a dosage of metyrapone and taught a story with both neutral and negative elements. The subjects were then asked to remember as much of the story as possible at two separate occasions: immediately after they learned it, and four days later. They found that the men who received a dose of metyrapone were unable to remember the negative elements of the story in as much detail as the neutral elements, while the placebo group could remember both neutral and negative elements equally well.

While these tests are certainly in the very early stages, the research shows serious promise, especially as they might provide the ability to treat post-traumatic stress syndrome–though with metyrapone no longer being manufactured, it may be tricky to continue the research.