A Little Off the Top, S’Il Vous Plait 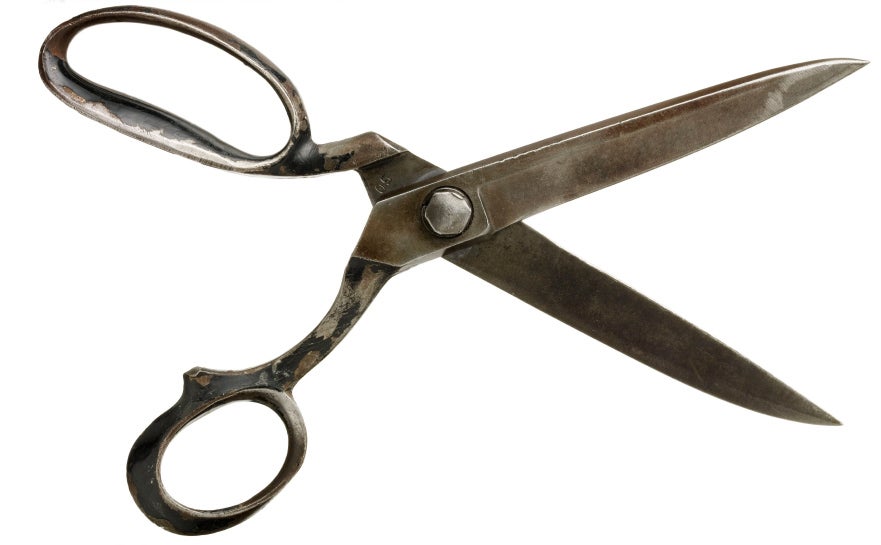 Liberté, égalité, fraternité . . . foreskin? Who knew that penises had anything to do with the French Revolution? Some historians have suggested that Louis XVI, king of France, suffered from phimosis, an uncomfortable medical condition in which it is difficult or impossible for a man’s foreskin to retract. Phimosis can cause pain during sex, when the tight inelastic foreskin chokes the erect penis. So phimosis is where the foreskin is up and you can’t get it down—not to be confused with paraphimosis, where the foreskin is down and you can’t get it up. That’s the sort of the thing that medical folks like yours truly have to worry about when doing something like inserting a catheter through the penis into the bladder. When you insert a catheter, you first pull the foreskin down; you better remember to pull the foreskin back up after the catheter goes all the way in. Otherwise, after a while, the foreskin you slid down can choke the end of the penis and cause it to swell (like putting a rubber band around your fingertip)—and you won’t be able to get the foreskin back up later. This is why, in medical school when you are learning to examine the genitals, you’re taught to ask every man whether he is circumcised or not. Some guys may look circumcised when they are not, and vice versa, so it is important to know where their foreskin is normally, before you start moving it around.

But back to old Louis.

But why am I rambling on about phimosis and foreskins? Phimosis can be cured with circumcision and lately circumcision has been the subject of some cutting-edge research. (Groan, sorry, can’t help myself.) Recent randomized trials in Africa found that the risk of acquiring HIV infection were 50-60% lower in circumcised men, as opposed to uncircumcised men. One theory proposed to explain this phenomenon hypothesizes that the inner aspect of the foreskin contains more cells with HIV receptors, as compared to the glans (the area of the penis that lies under the foreskin). Thus, removing the foreskin, and these cells that are extra susceptible to HIV, can have a protective effect. In addition, circumcision has been shown to reduce the risk of penile cancer, and the rate of urinary tract infection in male infants. You can read all about it in the article “Decreased Incidence of Urinary Tract Infections in Circumcised Male Infants” by Dr. T.E. Wiswell. (I swear that is really the author’s name. You can look him up!)

Snip away, you say? Some folks would disagree—passionately. There is an entire community who fervently oppose circumcision, despite the pretty strong supportive medical evidence. Those who are strongly anti-circumcision may refer to themselves as followers of the “Genital Integrity” movement, or claim they support “Intactivism.” Some anti-circumcision websites seek to shock with stories of what they claim is an “international foreskin-smuggling cartel”. I’m not exactly sure who would be involved on the purchasing side of said cartel, but I’ll leave that subject for another time . . . Other websites, seeking a visceral response from the viewer, instead rely on gory pictures of screaming babies, all bloody genitalia and tears. Some anti-circumcision believers claim that men lose sensation with the loss of the foreskin. Luckily, there is a new product on the market, great for those who feel forsaken without a foreskin —the artificial retractable foreskin, a flesh-colored latex slip-on device. (We Americans surely do not lack for ingenuity in product development.) I guess it’s a good option for guys who don’t have the connections to get in with those dastardly foreskin-smugglers.

So I apologize, this article won’t help you make light conversation at the next office party, (unless you have very progressive and open-minded co-workers or you work for a mohel, the man whose duty it is to perform a bris, the Jewish circumcision ceremony.) But whether you are pro- or anti-circumcision (and as you may have guessed, I’m pro-, based on the medical literature) you’re sure to find someone who shares your views. And if not . . . to take a French saying completely out of context—vive la difference!

Welcome to The Doctor Is In. Medicine and the biomedical sciences are chock full of the bizarre, the fantastic, and the downright disgusting. As a medical student with a peculiar sense of humor, I’d like to share some of my favorite examples of weird and wild stories of the human body, health and disease. Check out the entire series at popsci.com/thedoctor where you can also grab the RSS feed.

circumcision
Health
medicine
Science
the doctor is in