A huge story with implications that aren’t all immediately clear is emerging in Berlin this week: doctors treating an HIV-infected... 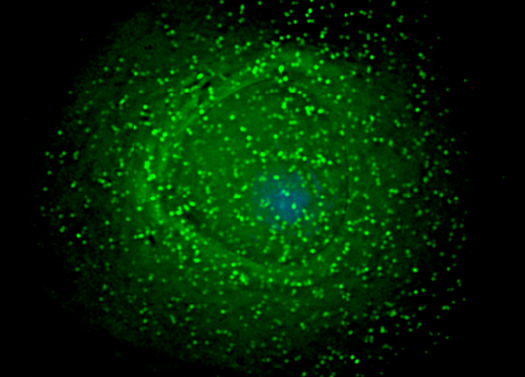 A huge story with implications that aren’t all immediately clear is emerging in Berlin this week: doctors treating an HIV-infected with leukemia believe they have, in a roundabout way, cured his HIV infection via a stem cell transplant containing cells that happened to be impervious to HIV infection. And while the story by no means indicates that a cure for HIV has been discovered, the unexpected finding certainly opens the door to further review and great optimism in a frustrating battle that has now spanned several decades.

The “Berlin patient,” an American citizen living in Berlin, received a stem cell transplant back in 2007 as a treatment for his leukemia. Before the transplant he received chemotherapy treatment and total body irradiation that eradicated most of his immune cells, and received further immunosuppressive drugs to prevent his body from rejecting the stem cells.

But these were no ordinary stem cells – a mutation found in just one percent of Caucasians in northern and western Europe causes CD4 cells to lack the CCR5 receptor, a receptor necessary for early-stage HIV to infect CD4 immune system cells. People with this mutation are more or less immune to HIV infection.

Those anti-HIV stem cells took root in the Berlin patient and repopulated there. At the same time, the host CD4 cells that hadn’t been destroyed in chemotherapy and radiation completely disappeared. After 38 months, doctors still couldn’t find HIV infection in the Berlin patient – in other words, it seems by all measures that his HIV has been cured.

Now, his road to recovery from HIV was excruciating and by no means should this single case of recovery be declared a cure. But it does provide a lot of hope and perhaps new mechanisms for deterring the spread of HIV in infected patients and perhaps, someday, a means to defeat the disease in vivo through gene therapy or transplants. More than anything, it defies the idea that HIV is incurable.

That’s not the only stem cell news coming out of Berlin this week. Researchers there have also grown the world’s first hair follicle from stem cells, creating a potential cure for baldness. We don’t mean to cheapen the HIV breakthrough by lumping it in with something so cosmetic as a cure for male pattern baldness, but rather to show just how much promise this branch of scientific research likely still holds. If researchers can find potential cures for both a life-threatening disease and a widespread condition affecting millions around the world in the same vein of science in the same week, imagine what other potentially life-changing discoveries may be hiding in stem cell science.