A new strain of the gonorrhea bacteria can resist all available antibiotics, doctors say. Gonorrhea is one of the world’s... 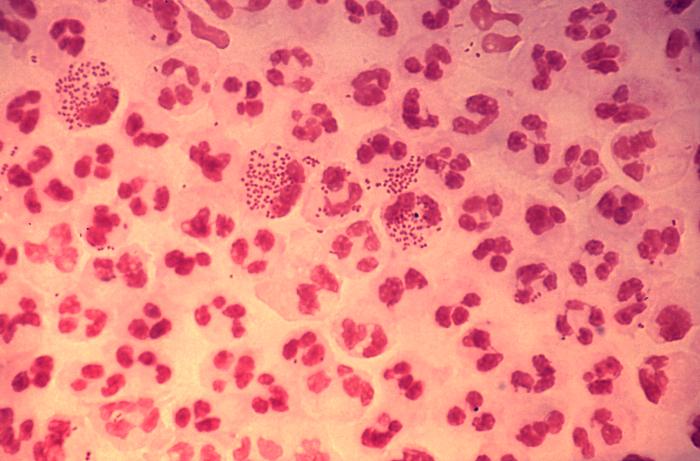 A new strain of the gonorrhea bacteria can resist all available antibiotics, doctors say. Gonorrhea is one of the world’s most common sexually transmitted diseases, so this could portend a major threat to public health.

This should actually not be surprising, because for some time now, just one class of drug has been able to successfully treat the infection.

Now researchers in Sweden and Japan identified a new variant of Neisseria gonorrhoeae, the bug that causes gonorrhea, that can survive that last remaining drug, the cephalosporin-class antibiotics. Researchers isolated the strain from the throat of a sex worker in Japan, the Los Angeles Times reports.

“This is both an alarming and a predictable discovery,” said Dr. Magnus Unemo, of the Swedish Reference Laboratory for Pathogenic Neisseria, in a statement. The bacteria has been evolving to resist antibiotics since they became the standard treatment for the infection in the 1940s, during World War II.

The researchers were able to pinpoint four new genetic mutations that enable the bacteria’s resistance. Even worse, it readily passes on this resistance to other strains, increasing their resistance 500-fold, the Times says.

Gonorrhea is a particularly troubling and interesting bug. It is one of the only diseases that is unique to our species, and it’s one of the oldest known human pathogens. Earlier this year, researchers found a fragment of human DNA in the genome of Neisseria gonorrhoeae, evidence that it has adapted to its hosts quite well. The bacterium apparently picks up a genetic sequence from the host it’s infecting, according to that research, which was published in February. This may lend N. gonorrhoeae the ability to develop different strains of itself — and can explain why it has been so effective at morphing to evade antibiotics’ assaults.

The first treatments against gonorrhea used sulfonamides, but the bacteria evolved to resist it; later treatments used penicillin, which also no longer works; tetracyclines and fluoroquinolines like Cipro don’t either, the L.A. Times notes.

It’s too early to tell whether this new super-STD is already spreading, but it’s likely to do so unless new therapies are developed, Unemo said.

Gonorrhea impacts about 700,000 Americans every year, according to the Centers for Disease Control and Prevention. If untreated, it can lead to serious health complications in both genders, the CDC says. It can lead to infertility in women and especially men, and it increases the risk of transmitting other STDs, like HIV. Babies born to infected mothers are at high risk of developing serious infections and blindness. About 3 to 4 percent of the time, it can spread to the skin, blood, heart and joints in infected adults.

The report on this new strain was presented Sunday at a Quebec City meeting of the International Society for Sexually Transmitted Disease Research. Just last Thursday, the CDC reported growing numbers of gonorrhea infections that require unusually high doses of cephalosporins to cure them, the LA Times said. For now, treatment should include cephalosporins and the antibiotic azithromycin, while the CDC and National Institutes of Health work on new drugs.