At Its Nearest to Earth In Almost 20 Years, Supermoon Gets a Closeup

Anyone with clear skies Saturday night saw a spectacular swollen moon, 14 percent bigger and 30 percent brighter than our... 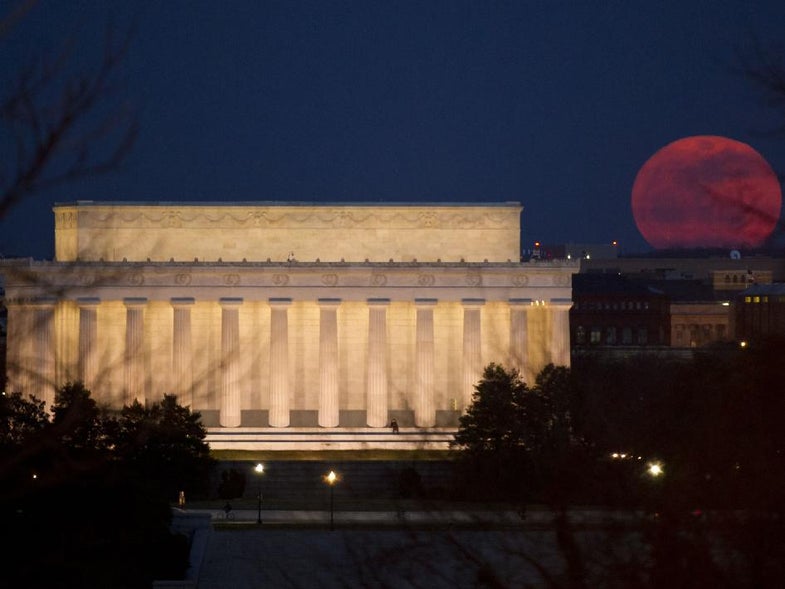 Photos abound from amateur and professional photographers, but we like this picture from NASA, showing a pink-hued moon rising above the Lincoln Memorial in Washington, D.C.

It caused higher and lower tides, which apparently led to some minor problems for ships — five vessels were stranded in the U.K. because of sandbars that were exposed in a particularly low tide.

But for the most part, the supermoon simply looked superb.