Would-be moon miners will need good lawyers if they want to keep the lunar resources they’re harvesting, according to space... 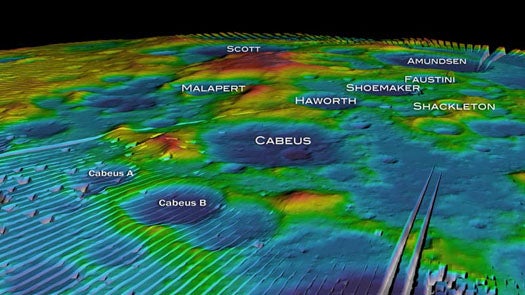 Would-be moon miners will need good lawyers if they want to keep the lunar resources they’re harvesting, according to space policy experts. The Outer Space Treaty of 1967 appears to permit extraction of lunar water and other resources, but it’s not clear who would own the materials once they’re extracted.

Not long after NASA confirmed the moon has plenty of water, scientists and entrepreneurs started hatching plans to harvest it, either for lunar colonists or for rocket fuel. There are plenty of ways to do it — you could microwave the lunar soil to turn the ice into water vapor, you could use robots to harvest frozen chunks of ice, and so on.

Space.com talked to space law experts who said determining ownership of those resources may be a more complicated matter.

The Moon Treaty of 1979 was intended to govern how the moon’s resources would be used, Space.com reports. But none of the spacefaring nations has signed it, rendering it moot. This leaves countries to rely on the Outer Space Treaty, and because it doesn’t explicitly ban resource extraction, it can probably be interpreted to mean it’s allowed. Still, this doesn’t address who owns the title to the materials. On this planet, when you mine for precious resources, you’d want to make sure you own them after you take them out of the ground, because then you can sell them.

Figuring this out will probably require legislation or international agreements, according to Space.com. And a nice payday for space lawyers. Hey, what do you call 5,000 lawyers sent to the moon? A good start!