Mars is one seriously cold rock, so where better in the world to test a new spacesuit design then the... 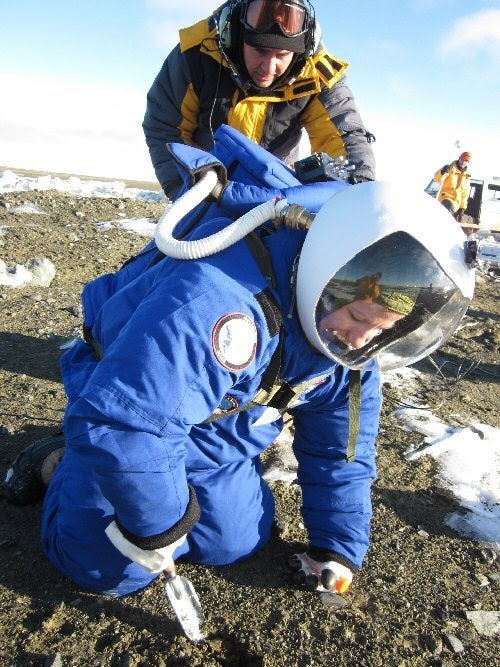 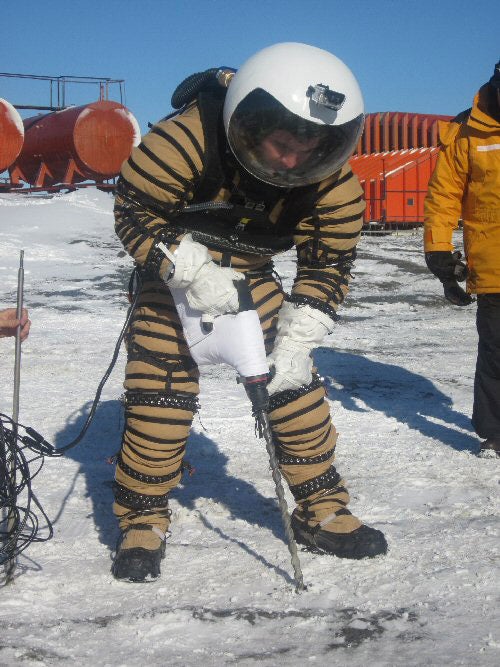 The NDX-1 Goes Through the Drills

Mars is one seriously cold rock, so where better in the world to test a new spacesuit design then the permafrost of Antarctica? NASA researchers recently took the NDX-1 spacesuit prototype, designed at the University of North Dakota by Argentine aerospace engineer Pablo de Leon, for an Antarctic test drive where the suit was exposed to 47 mile per hour winds and frigid polar temperatures.

The NDX-1 has been under development for several years now at UND’s Space Suit Laboratory, but this was its first test-drive in harsh, Mars-simulating conditions. The idea wasn’t just to take the suit somewhere cold, but also somewhere isolated “so that if something went wrong we couldn’t just go to the store,” De Leon said to Reuters.

Not that you could patch the NDX-1 together at the local hardware store. The $100,000 suit (funded by NASA) contains more than 350 materials, including weight-reducing carbon fiber and Kevlar.

A team of NASA scientists, including De Leon himself, took the suit through the paces of simulated spacewalks during which they collected samples and operated tools like drills–the very kinds of activities the first humans on Mars very well might undertake. If, that is, we ever get there. With NASA’s purse strings tightening, developing an interplanetary space vehicle may not be in cards for quite a while, leaving America’s astronauts all dressed up in their NDX-1s with no place to go.