The weirdest things we learned this week: deadly insomnia, the prettiest poop, and emergency beekeepers 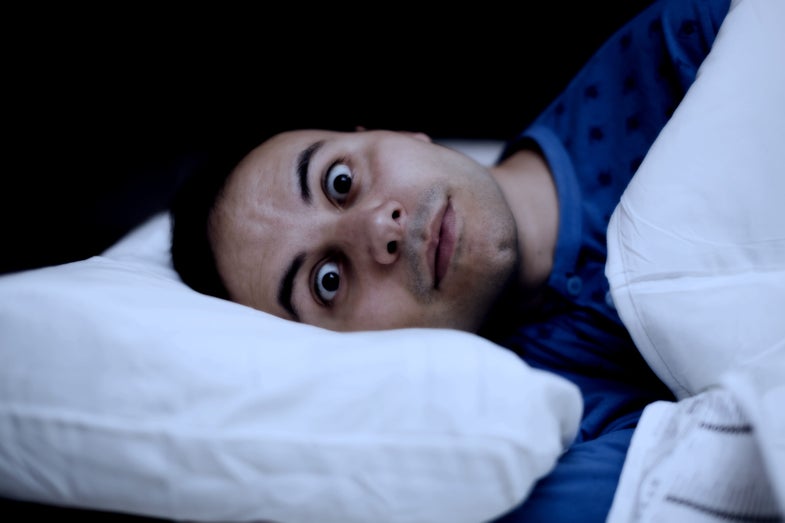 FACT: There’s a disease called fatal insomnia—and it’s even worse than it sounds

In 1991, Michael Corke was a normal high school music teacher. By 1993, he was one of the few examples of what happens to a person when they simply cannot sleep. He was also, unfortunately, deceased.

Corke died of a rare disease called fatal insomnia, which essentially breaks down the thalamus and prevents that brain region from sending the signal that it’s time for lights out. Without that signal, he and everyone else who’s ever been recorded as having the disease cannot sleep. At all. This is somewhat hard to imagine because we all say things like “I couldn’t sleep last night” when what we mean is “I had trouble sleeping” or “I slept badly.” People with fatal insomnia start out this way. But eventually, they reach a point where they literally never fall asleep, even for a second. The closest they get is hallucinating, which is the result of their brains attempting to dream while they’re still awake.

There are more details in the podcast and even more in the book where I found this fact, Why We Sleep by neuroscientist Matthew Walker. I cannot recommend the book enough. It’s wonderfully written, dives deep into the science (he even has a bibliography in each chapter!), and makes a compelling case for prioritizing sleep in your life. Yes, it taught me about deadly insomnia, which is definitely the kind of thing that could keep you up at night. But the book convinced me to commit to getting a good night’s sleep on a regular basis—and I had no idea what I was missing.

FACT: Some of our most precious beaches are made of poo

The bumphead parrotfish surely ranks among the ocean’s ugliest creatures. These dome-headed, demon-eyed creatures digest coral and turn it into the white sand beaches we all know, love, and pay tons of money to visit. Check it out:

But even more amazing is their poop-to-bodyweight ratio. Bumpheads are enormous for fish, weighing in as high as 100 pounds. But their, er, organic output is even more sizeable, as they can poop more than 211 pounds of coral in a year. This got me wondering, how much do humans defecate? (320 pounds a year.) Or Asian elephants? (As much as 300 pounds a day, or more than 100,000 pounds a year.) A cow? A bunny? A chicken? I don’t know about you, but I think numbers like these really poop things into perspective.

Fact: The NYPD has not one, but two official beekeepers

Twitter was buzzing last week when a swarm of honeybees—tens of thousands of them, in fact—huddled up for a wee rest on top of a Times Square hot dog stand. But the wriggling masses of pollinators weren’t even the main attraction: most folks were tweeting about the fact that the NYPD sent a beekeeper over to vacuum the insects up.

I decided to find out more.

First things first: Yes, the NYPD has a beekeeper on call. They actually have two at the moment. I was unable to find any other police department with a beekeeper (please let us know if your town has one!) but that makes sense. See, honeybees aren’t particularly dangerous, even when they gather in great numbers. And since they’re most likely to sting you when you interfere with their hive, they’re especially benign when found far afield (like, for example, on a hot dog stand). But they can be a public danger in areas that are too crowded and/or hectic for humans to stay out of their business. In other words, a honeybee is unlikely to attack you—but if you stumble face-first into a big ol’ pile of them, bad things are bound to happen. In the hustle and bustle of New York City, swarms are more likely to pose a threat than they would in a sleepier town. So when an alarming number of them touch down in a busy area, the NYPD wants to know about it.

You’ve heard of the A-team…now meet the Bee-team ?! As sworn police officers and NYPD beekeepers, Officers Mays & Lauriano keep the city safe one swarm at a time. Learn more about how @NYPDBees handle these sticky ? situations around NYC! pic.twitter.com/Rm4QJfbTHv

As far as I could tell, the first sort-of-official NYPD beekeeper was Anthony Planakis, known as “Tony Bees.” He’s a fourth-generation beekeeper and a former cop, and when a hive-related problem cropped up in Harlem in 1995, his sergeant sent him out to handle the job. He spent 20 years as the NYPD’s go-to bee expert, but several other officers with recreational beekeeping experience have stepped up since then.

One more thing: ever wondered what the most painful place to get a bee sting is? According to one study, the “penis shaft” only comes in third place. You’ll have to give the podcast a listen to hear more.