See through the eyes of the Crew Dragon capsule 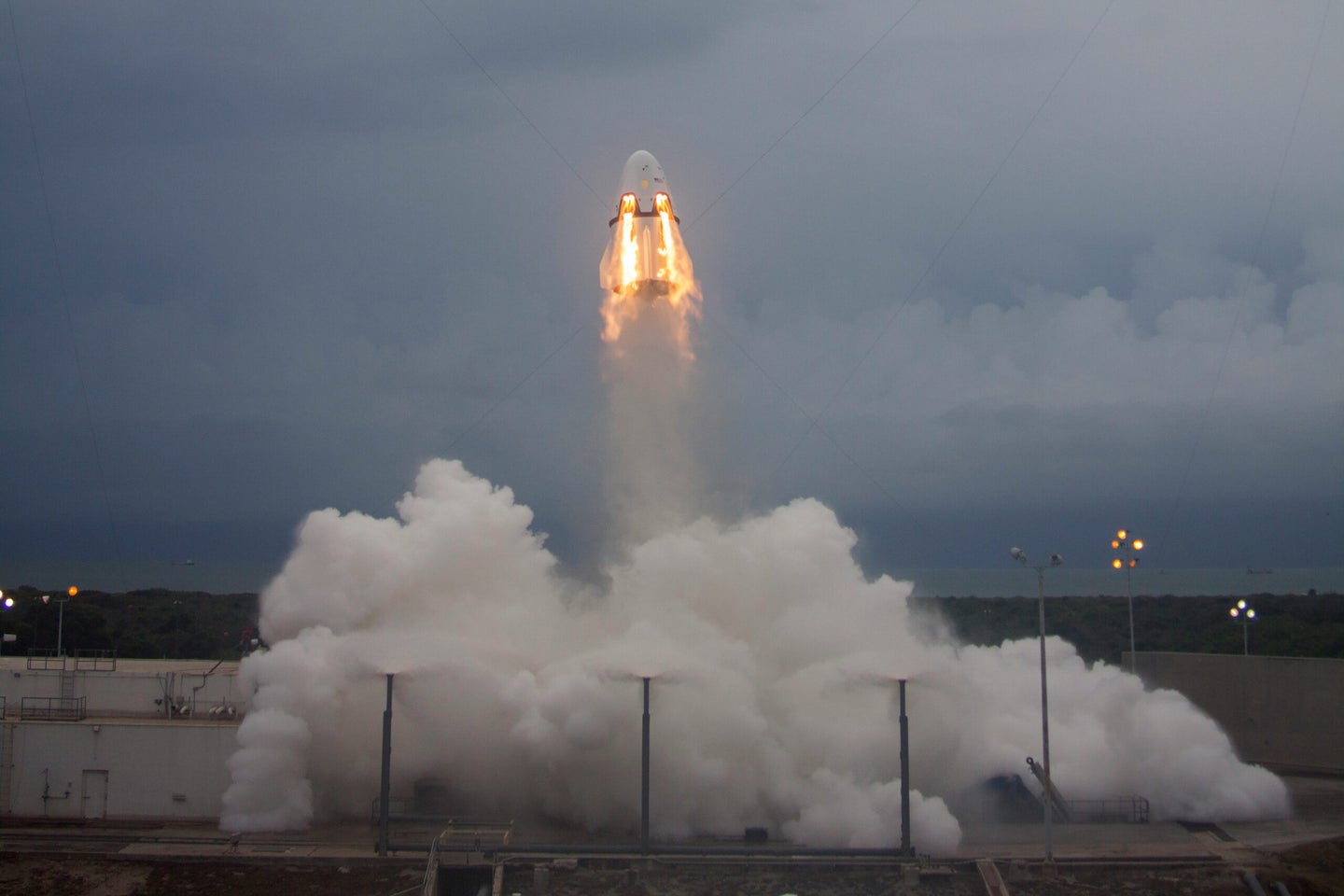 A May 2015 test of the Crew Dragon's launch abort system. SpaceX
SHARE

May 6 was a big day for SpaceX. The date marked the first critical test of the company’s Crew Dragon capsule, the vehicle SpaceX is making that will ferry astronauts to and from the International Space Station for NASA. Before the space agency will even think about putting people in the Dragon, the capsule has to prove it’s up to the job of keeping its precious cargo safe. That means exhibiting ways it will protect riding astronauts from harm during emergency situations.

One such method is the pad abort test; it’s a failsafe the Dragon will use on the launch pad in case the area becomes unexpectedly dangerous. Let’s say a booster falls off before liftoff, spewing fire everywhere. SpaceX can initiate the pad abort, which will carry the capsule and its crew to safety. Eight SuperDraco engines embedded in the walls of the Dragon fire up and rocket the vehicle away from the dangerous launch pad.

The May 6 test demonstrated how the pad abort test would work, jettisoning the Dragon off of a launch pad in Cape Canaveral, Florida. No humans were on board for the ride, but SpaceX just released a video of the procedure, from the point of view of the spacecraft itself. Take a look below, and learn about the different phases of the test here.